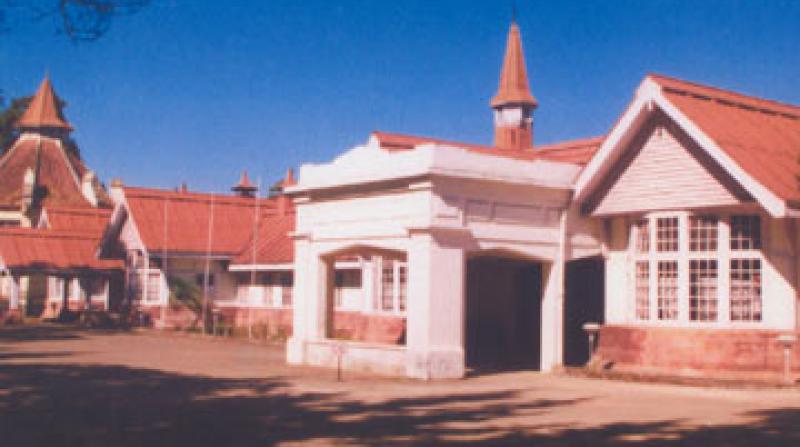 In Meghalaya tribesmen torpor, hatred and jealousy takes backseat when it entails change of government. This is visible in tribal politicians from Meghalaya running to New Delhi innumerable times dying for an audience with Sonia Gandhi and her son Rahul Gandhi. Looking at their vigor and energy, it does seem for a moment that they are hard-working and prosperous tribal who are only concerned about their state. But then the reality is exactly the opposite. The dissident congressmen led by Dr DD Lapang and the cold warhorses are leaving no stones unturned to ensure a change in leadership in Meghalaya. One can just imagine what changes these leaders could have brought had they showed the same diligence in the economic affairs of the state. I can bet my last penny that the Lok Sabha poll debacle and Garo Hills law and order issue on which the present dissidence is based will be put to backburner once a new incumbent assume the chair of chief minister. They care two hoots about the complete breakdown of machineries in Garo Hills and the rest of it as their only motive is to grab the CM’s chair someway or the other. And they could see that the law and order issue is the best armament that they have to get into their way.

A person who is genuinely bothered about issues will not vie for the CM’s chair and can do much sitting in the opposition bench as there are ample examples that these politicians can learn from their own past leaders. And the situation here is much better since Lapang, Salseng and Co. is from the ruling party and government, not in the opposition, where they will have better grip and say on matters that they are concerned about. But who cares in Meghalaya where politics have become a dynastic affair and career opportunity for the vested interests. The blame also goes to all past Congress governments at the centre for having infused such doctrines to create a fissure type environment in this state instead of taking stern action against these quarrelsome congressmen. The strange and yet funny part of the present leadership crisis is the audience between the dissident members and Shillong MP, VH Pala. Now this is a very interesting equation that is developing. In one hand the dissident members are meeting Pala in the national capital over the political uncertainties in Meghalaya despite the fact that these dissident members were once against him after the Meghalaya assembly poll and Lok Sabha poll debacles. But how time changes and now in order to stitch a new government in the state they have come together. So can we really believe these leaders and expect them to change the face of Garo Hills and the other economic crisis in Meghalaya once they come into power. Seems like a blue moon wish!

Pala, on the other hand, have a point to prove here and knows that he has a significant role to play. His is more about a face saving character in this dissidence drama because he has to clear the bad blood and animosities that surrounds him following the poll debacles. He feels that he can mend much of this if he can play a game changing role sitting in New Delhi so that the people and political class of the state gets a ‘favorable’ impression about him. The only correct equation that can be seen is the one between Dr DD Lapang and Salseng C Marak. These two have an understanding between themselves and both have rehabilitated each other in the 90s when their government came to power. So if there is any change then that matching equation will again come into play. But to expect any imminent change will be cowardice and the instant communiqué with words like “historic” by Lapang’s secretary to the media is politically incorrect that may well boomerang and unpleased the Congress High Command in New Delhi. Nothing is historic here and the dissident group cannot afford to misunderstand this vital fact that its High Command cannot take steps like change of guard preceded by a President’s Rule as it did on several occasions in the past in Meghalaya. Congress is struggling to get a berth to sit in the opposition in the union government because its condition is worse than Garo Hills. And to expect it to deliver a “historic” judgment is utter insanity. Sonia Gandhi in her reply to the dissident group said nothing concrete except a “right decision will follow at an appropriate time”. What does it indicate may not need spoon feeding to our veteran congressmen in Meghalaya? Any imminent change seems to be a distant dream as of now. None knows it better than Dr Mukul Sangma, perhaps. It is also an interesting subject to know the take of Congress High Command on the half-yearly dissidence in Meghalaya. Are they exasperated on these tribesmen or scorn the former Prime Minister, Indira Gandhi for creating Meghalaya?

In fact the attempt taken by the dissident group this time in Meghalaya amounts to “Political Christianity” – a phrase coined by a former parliamentarian from this region. The present group is an allegiance to this ‘Nehruvian flogger’. The former parliamentarian said, “Nehruvian Republic exhibited three major defects, one while Congress was unwilling to strengthen Political Islam, it did in fact strengthen Political Islam. Second, it became instrumental in giving birth to Political Christianity which was absent during the British period as a matter of policy of the Empire, though initially it was there. Third, it found itself unable to rule without perfecting in a very sophisticated manner a divide and rule policy and thereby emasculating the Nation. That indeed was the most unfortunate part of the Nehruvian Republic.” Now, what can be seen in case of Meghalaya is that this dissident group is practicing this flawed Nehruvian policy since it is mired in complete ignorance about the sophistication which the parliamentarian is pointing here. Hence, we see the ugly head of anarchy ruling the roost every now and then in Meghalaya politics, which of course is also an integral trait associated with their taxonomic category. In contrast, the present incumbent chief minister Dr Mukul Sangma fits the bill more aptly than any of the dissidence leaders.

Today, Meghalaya is dearth of leaders and lack of leadership has taken this state, as the Americans say, ‘straight to hell’. The situation in Garo Hills may have aggravated more in the tenure of Dr Sangma but then it is not a decade old problem but is there since the formation of first government after the Hill State Movement and the willful negligence by every successive regime. Dr Sangma in comparison could boldly capture and resolve the loopholes in the traditional acts and systems in place which are detrimental to the advancement of the state, even if Garo Hills plummets. Credit goes to his farsightedness for having amended the Land Transfer Act and exempted educational institutions from its purview among others. To me this amendment is yet to see the light of the day, in the sense that only some universities have opened up their shops in the state whereas its main impetus will have to go in checking the depleting school education in the state. With missionary run schools doing businesses of extortion under the guile of their religion this is where this amended act will come into play by fostering mass elementary education in the state. Such an amendment, despite the good that it may usher, will not have been encouraged by the detractors who are camping in New Delhi. They would have simply given into the demands of the NGOs and blame the same to their oppositions. But Dr Sangma has gone ahead to clear these hurdles despite the exterior hurdles hurled upon him by NGOs and others. He could gauge the passé acts if not amended will keep this state more and more backward. Also, despite all the criticism that surrounds his government on the ILP (Inner Line Permit) fiasco, he has comparatively handled the situation well than any of his past counterparts. There are many who would agree that court prosecution, hearing and the rest of it, irrespective of the results so far, may not have been initiated under those who have ruled this state preceding him.