Simmering conflict in the north eastern region is getting a prominent issue of discussion in the Guwahati Lit Fest on Sunday. Veteran journalists are talking of the north east beyond conflict at the.

Mrinal Talukdar said the conflict is the way of life for the north east. But in the same breath, he said that it is often manufactured by the political leaders to extract mileage and by the media. He further sad that the people, mostly, are unaware of the entire region.

Author Uddipana Goswami said that many conflicts confronting the north eastern region find place in literature. She maintained that apart from the armed conflict the region has political and cultural conflict to be dealt with in the literature. She further recited her poem that deals with simmering conflict. 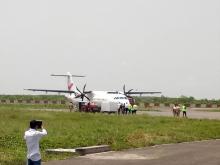