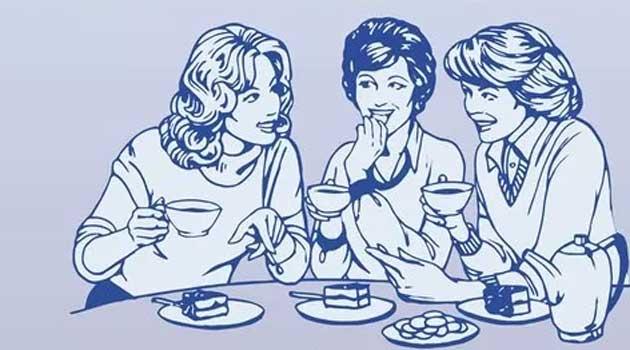 We need to use the social media wisely. But this call is getting lost in a world where anything that is talked about online are caricatured by opportunistic and outrage-mongers. This medium, which is creating more upheavals than connections in societies around the world, should be understood that we choose to assimilate these services into our daily lives because they allow us to deepen social connections and enable us to exercise ourselves in a manner that was unthinkable before their coming.

Many would agree to the fact that after “nature” comes only “social media” in terms of gross misuse. We are witnessing the phenomenon of changing patterns in climate and irrational nature behavior spilling over to the social media, now. The damage that this medium has done to the world is not only far greater than the previous, one would reckon, but also at a record time. The nearest of such a damage is the Punjabi Lane area of Bara Bazar in Meghalaya’s capital, Shillong where the Dalit Sikhs – who have been engaged by the erstwhile British Raj to keep the town and their establishments clean – are now facing relocation following an eve teasing incident that went viral on the social media here forcing the state government to ban internet for weeks. Following the exit of the Britons, these Dalit Sikhs were engaged by the civic authorities of the successive governments and now Government of Meghalaya for manual scavenging works.

But amidst these hammerings, one cannot undermine the world of opportunities that the social media offers. These services have created millions of jobs, new business ecosystems and helped fuel the rise of the digital economy that brings broad societal benefit, which is ubiquitous. But the other side of this coin is entirely opposite, which is swaying more heavy and inundating the good side.

Those engaged in the profession of journalism would agree that there is often a dissent about things not appearing the way people want or like it. The word “like” has gained more value than it has ever been before, with the advent of Facebook. The conventional media – print or electronic – follows a certain prescribed decorum in their operations, which is more often than not “liked” by the readers. Then came the likes of Facebook, WhatsApp, Twitter, Instagram and the rest of it, which actually allows people to engage in brouhaha on any subject matter without actually caring for their words. The encryption part of these mediums makes the task easier since it is just next to impossible to nab the origin and culprits. However, there is no discounting the fact that sheer balkanization in the form of “nuisances”, “rumors”, “bigoted views” floods the platforms amidst genuine feeds, which has been going on for a while and long predates this medium.

In his op-ed “Social Media Is Making Us Dumber. Here’s Exhibit A”, Jesse Singal writes in The New York Times, “That’s because the pernicious social dynamics of these online spaces hammer home the idea that anyone who disagrees with you on any controversial subject, even a little bit, is incorrigibly dumb or evil or suspect. On a wide and expanding range of issues, there’s no such thing as good-faith disagreement.” So, why is it happening? The answer is perhaps not that hard to figure out. An uncontrolled child would in 99.99% of the cases going to cause headaches. The malaise with the social media is this lack of control. It is often seen in India that those who are domesticating animals, especially cows, takes them out on a grassy open space for grazing and tie them to a clamp, to prevent from going out of control. The social media is an untied cow – which has gone astray, and until it is realized that it has to be tied up we aren’t going to find a solution to the mess that has been created. But this tying is not “burying voices” rather “contour disciplining”.

27 May 2012 - 1:02pm | Daya Nath Singh
Citizens’ First , an NGO has demanded the land vacated by shifting of Guwahati Central Jail from Fancy Bazaar area of the city to be converted into a freedom fighters’ park with green...

ED: now its turn for Riniky

17 Feb 2015 - 9:54pm | AT News
A team of Enforcement Directorate officials grilled Riniky Sarma on Tuesday two days after CBI questions her in connection with the Saradha chit fund.According to Assam Times Crime Investigation...