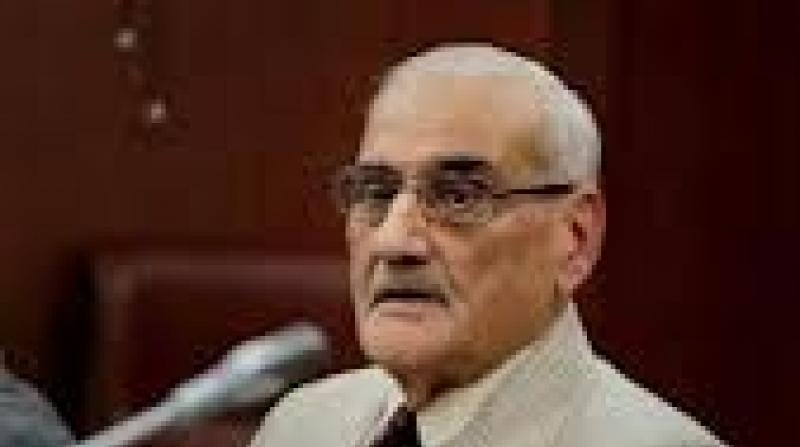 As the date approached to implement the Majithia Wage Board (MWB) recommendations that speak about pay hike for journalists and non-journalists for newspapers and news agencies w.e.f. April 1, 2014 media houses scrambled to do their bit in Meghalaya. These recommendations that ensure fair pay structure for employees are implemented by the media bosses reluctantly and in some cases dubiously, as many say. The Information and Public Relations Minister of Meghalaya has recently sent letters to media houses towards implementation of MWB. Thereafter, media houses are in the process to execute the same. But these are not free from encumbrances. That media bosses are increasingly angry with the apex court verdict is nothing new and that can even be seen in their diatribe since the verdict was pronounced.

Though most media house employees are paid consolidated salaries in Meghalaya, there are others who are contractual – which is an inch better than the consolidated pattern where employees are paid PF over the lump-sum amount they bag at the end of every month. But what is alarming is that there are reports that few media houses, which have employed their employees under pay-scale has been relived and put into a contract, as MWB comes into effect. Now contracts have often been termed as depriving and exploitative. And here the employees who have been enjoying pay-scale benefits for long years are now suddenly placed under a devious contract, which will prevent employees much of the benefits that they were earlier enjoying. The sorry sight is that employees who have been working for the last 15-20 years or more under a meagre pay-scale and were expecting better remuneration, are suddenly stripped of all benefits and put into a contract, with a hike that has no relation with the MWB verdict, that favours the management of these media houses more than the welfare of their employees. There is hue and cry but those are more or less confined to domestic surroundings, roadside gossips, staircases and other such places away from the eyes and ears of the management.

An interesting facet of the profession of media in Meghalaya is that here the journalists are not in sync with their counterparts in neighbouring Guwahati or mainland India. And their meekness often plays advantage for the media barons to employ their own rules. The few media houses which have pushed their employees under contracts know it very well that their employees would never go legal against them nay even question their move. Such is their fear for losing their job, throttling heart or whatever they attribute the reason to be would not even question the injustice that they are otherwise crying outside. And these are the brand of employees who are in the media associations, federations, clubs and the rest of it. I can bet here if anybody has heard these associations, federations and clubs saying anything on the MWB verdict urging the media bosses to implement it like their counterpart in Guwahati. Today, we are approaching nearly two months time since a vernacular daily has shut down its business affecting scores of employees but there is not even a word from their sides. If associations, federations, clubs cannot see their own welfare then do we need such bodies at all? What is the fear for? Are they asking the media bosses to share profit with them? This is a simple issue of rights that media employees are suppose to get, something that is their very own? Given this scenario and unawareness of the verdict by media employees, it is highly unlikely that media firms would pay these employees their arrears that they are suppose to get from November, 2011 – the date from which their wages would be revised as per MWB. The revised pay-scale is admissible on the old basic pay plus DA but is doing away with pay-scales completely immediately after the verdict not a gross violation?

The hopping from one daily to another is a common sight in Meghalaya and it is only human to go after better opportunities. In fact, the mediocre journalism that is largely seen here and the region at large actually stems from management policies. It has been noticed that management wants to run the show with a bunch of mediocre workforce who may not seek much from them. This mediocrity is in reality a fostered one whereas on the other hand the profession of journalism is at stake. Media houses elsewhere organizes or sends its workforce for trainings / workshop etc. to maintain a standard and keep pace with the emerging trends in the arena of journalism. But this is an alien dream here. Good and bright journalists don’t opt for this profession here except earning some experiences as the media firms serves as stepping stones for making an entry into a bigger organization in mainland. There are ample such examples when journalists have earned some experiences and made it big. Therefore, it proves that media houses here have the ability to be as good as any mainland dailies but that somehow does not suit the mindset of the management. They love the way things are moving and fear excellence might harm their prospects. This attitude can largely be attributed to this ‘internship’. Therefore, good investigative journalism, human interest and off-beat items and the rest of it are missing from the sheets of journalism here. Newspapers looks more like clones of one another. Ironically if one or two such scribes happen to come out developing such items then they don’t find it conducive or sustaining in a largely mediocre atmosphere. The stereotype set-up does not have the expertise to judge anything outside press releases, press conferences, vomit reports et al. So, mediocrity rules the roost. The peanuts otherwise remains the major reason why good candidates do not turn up or remain here.

Having said this, another factor that cannot be ruled out at the same time is that there is not as much scope for growth in local dailies otherwise seen in national dailies. There is a stagnancy involved here in the local dailies and so most of them are under staffed. Unless they diversify into other areas like more regional editions, supplements, pullouts and the rest of it there is hardly any future. And in the present scenario, barring a countable few, there is hardly any in this region.

The MWB also suggested consideration of the government on issues like post-retirement benefits, a forward looking promotion policy, measures to improve enforcement of the wage board etc. As far as social security measures are concerned possibility of granting paternity leave to male employees, extension of retirement age up to 65 years, exploring pension scheme possibilities were suggested going beyond the mandated wage structure revision. In the prevailing scenario, where a majority of the media employees in Meghalaya are unaware of their entitlements under MWB and their unwillingness to speak, they will continue to be at the receiving end coping with a consolidated amount without any welfare benefits besides dismiss from service at the will of the management. Though newspapers bosses have not done anything than their diatribe on this verdict but what journalists and non-journalists must know is that it is a statutory act of 1955 covering all working journalists and other newspapers employees, which is the prime responsibility of the state governments and union territories.

Another glaring component is the constitution of employees union within media houses for their common welfare and rights. Such unions are not seen in media firms in Meghalaya and if any attempt is made then the management strongly resisted such a move and have remained successful, so far. There are allegations from some senior journalists here that those who dared to form such unions in a particular media house in the past was asked to leave on the ground of instigating fellow employees into unionist politics. Such dynastic moves of the management only indicate that they want to eat the cake and have it at the same time. And the MWB too will be desisted up to an extent of delaying tactics in the court, lobbying with the government and what have they. In fact, today looking at some of the media houses in Meghalaya it appears that they just want to cope with the present tide since from their version they are not very sure whether someone from their family members would take the ship further. Now if this is true, what is stored for the employees is anybody’s guess.

The Assam Tribune Group of Newspapers is the first such media house to implement the wage board since January 2012, that is, much before the verdict was spelt by the Supreme Court of India. This group has in fact implemented wage board recommendation from as early as 1967 and has set an example for other media houses in the region to follow suit because there are many others who can well implement it if there is a will. The Assam Tribune Group gesture is an indication of this willingness because media houses, who diverts their funds on other family ventures instead of paying their employees well, knows themselves well that the issue is otherwise about willingness more than any other factors. For others, it may well be a matter of serious concern that may question their very sustainability. The state government has a sheer responsibility to inspect and see if the media houses are following MWB or should ban government advertisements if there is any violation. In this regard, it may be mentioned that the Meghalaya government may well follow what its Assam counterpart have done in this regard. There the state government have earlier formed a tripartite working group with Journalists Union of Assam and Indian Federation of Journalists Union, which toured all media houses to check their balance sheets, pay bills et al for the government to examine. The group found that none of the media firms was following the wage board recommendations and it is no surprise that a significant percent of the media houses in Meghalaya too may also be in the same categories.

Permalink Submitted by madhavan on Fri, 12/09/2014 - 21:49
Nice article. Covers all aspects. By the way, could you pl get me one or two pay slips of employees who are drawing wages under MWB? You may please send that to my email Id

16 Apr 2015 - 7:32pm | AT News
Poaching are back in Kaziranga a week after the forert guards killed two poachers in the world heritage site. Poachers have killed yet another rhino in the national park tn take its horn on...

7 Mar 2015 - 2:12pm | Prasanta Baruah
Who lynched Syed Farid Khan in Dimapur on Friday wee hours after dragging him out of the central jail? What evidence the mob had against the resident of Karimganj? The picture is not clear.It was...