Mr Li Pong and his world of smile and patience

23 Jun 2013 - 1:52pm | AT News
As I was trying to park my car, I banged into a Wagon-R.  Realizing the damage to be huge, I prepared myself to face the consequence. In Delhi a defaulter has to go through a series of verbal... 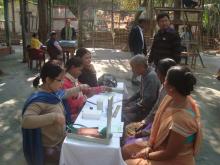