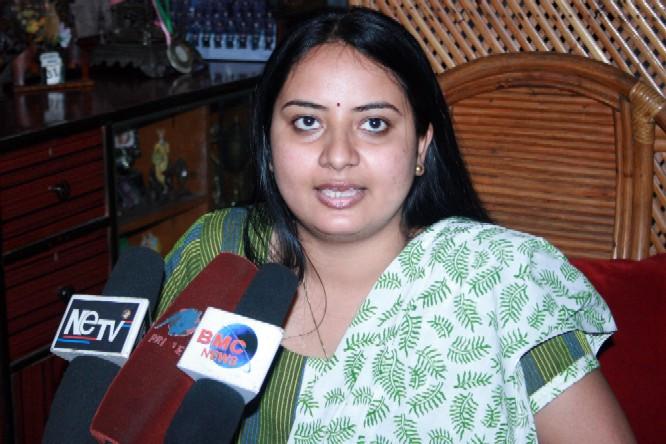 After a gap of 14 years, the two brilliant candidates of Assam cleared the Indian Forest Service examination conducted by UPSC. Among the two successful candidates of Assam, Dimpi Bora with UPSC Roll No: 057335 was successful to secure 10th position in the Indian Forest Service examination. Bora, graduated with Honours in Botany from Cotton College, Guwahati in the year 2005, is first female candidate to get IFS in Assam. Dimpi Bora, the eldest daughter of Lt. Lakhikanta Bora (Deputy Commandent of Central Industrial Security Force [CISF] and Mrs Rumi Bora of Lowkhowa Road in Nagaon town. While talking to her, Dimpi Bora expressed that her hard work and the support of her parents helped her to achieve the big success. When she was asked about her preparation,Dimpi told us that she started her preparation for the competitive exam while doing her graduation. After completing her graduation, she went to Delhi to study law and coaching for Indian Forest Service. Her success is greatly appreciated by Assam Forest and Rural Development minister Rockybul Hussain. It is a great achievement for the Assam girl to secure top 10th position out of 85 successful candidates.

Permalink Submitted by Debojit Borah on Sun, 15/04/2012 - 15:34
thats a great news for assam. it will be source of motivation and inspiration for all.

Beefed up security in Guwahati for puja

12 Oct 2012 - 4:00am | editor
Security has been beefed in Guwahati in the run-up to the Durga Puja next week. Policemen are working at various levels and have carried out risk assessments. Additional forces have been sought...

4 Jun 2013 - 8:47pm | AT News
Chief Minister Tarun Gogoi has asked the Nagaland government to immediately arrest the Naga miscreants who shot dead the cultivator at Naginijan area on Monday.Talking to reporters before...