Nagaon geaars up for Assembly poll 2011

Deputy commissioner of Nagaon Dr. M.Angamuthu and the Superintendent of Police Surendra Kumar briefed the media about the preparation and security arrangements to conduct the forthcoming Assamebly pools in the district at a press meet here on March 12. While describing about the steps taken by the administration on Electronic Voting Machine (EVM) to be used on different polling booths, the DC informed the media that EVM were properly checked by the engineers in presence of the representative of different political parties and were under the strict custody. Further Angamuthu told that “the preparations have been divided in different levels. In second level of preparation, the EVM will be programmed with a unique numbers on each machine in presence of the Election observers and the political parties". 1513 numbers of EVM will be used in this 7 LAC in the district. He told that "we are fully prepared with sufficient officers to conduct the poll". The district administration would provide training to more than 16,000 people.

On security arrangement in the district, the SP informed that 6 numbers of companies have been allotted for the election in which 2 companies have already reached. The other companies will be available for the operation after the first phase of the poll. Kumar told “Adequate security personnel would be deployed in every constituency to stop any untoward incidents and violence during the poll and video photography would be done in about 200 most critical and sensitive polling stations”. While asking the returning officer, he told that the administration has declared 88 Samaguri LAC as the expenditure sensitive constituency.

During the counting of votes, the district administration has made special arrangement of Video Photography. All the processes of the counting including the operation of the EVM will be recorded and will be displayed on big screens.

1 Dec 2014 - 11:33am | editor
The Assam Government will confer Sukapha award to noted lawyer KN Saikia on Tuesday. The former Supreme Court judge will receive the award from chief minister Tarun Gogoi at a function at Rabindra... 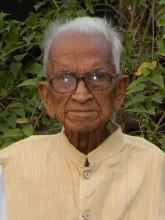 30 Jan 2017 - 10:38am | Nava Thakuria
The three day Brahmaputra Literary Festival will come to end today, where Assam Governor Banwari Lal Purohit is scheduled to grace the closing ceremony as the chief guest. The function starting at 3...