China has constructed two reservoirs of 42 million cubic meter and 31 million cubic meter at Great Band area, which is 60-70 kms away from village Gogring in India, said Jana Jagriti chief, Ashok Anand Singhal. Addressing the media persons at Guwahati recently, Singhal refuted China’s claim that these water reservoirs are the result of landslides. He said, this is not a landslide, but it’s man made. He added that it is well known fact that water storage facilities are needed for power project. Now China is constructing four tunnels. Tunnel one will generate 16,000 MW, while other two tunnels are of 26,600MW (13300 MW) each and fourth tunnel will generate 2,400 MW of electricity. Tunnel one of 16,000 MW capacity is now almost ready for generation.

He further added that the Government of China is building a five star hotel in this area and had constructed a cantonment to keep one division of Army for its safety at Nyingehi, 16 kms away from Great Band at Brahmaputra. Five communication towers, a mini hydro power plant and two bridges on the river have been made for the Army in order to facilitate their co-operation. Anti-missile system and missile unit is also stationed here. Rail and road links up to Great Band has been constructed. This place has no population, so this rail and road infrastructure is to support 45,000 MW Hydro power project at Great Band on Brahmaputra.

He drew attention on the reports in the media that these tunnels are for water diversion, but such reports are not appropriate. Work is going on very swiftly on roads and rail links leading to Great Band. There is Nujiang river about 160 kms ahead of the place and China has a base of Air Force at Qamdo. No construction or other activities are going on in this direction. It is not possible to connect Mekong and Nujiang rivers at Great Band. In fact, the plateau is down stairs and it is a flood prone area of China, while the dry areas of China are on Mongolian borders and Central part, where they need water. Pumping is not possible from Great Band. He wondered that in fact the government is either unaware or want to conceal the facts that work is going on to construct 11 water storages, 2 canals and 5 dams and pumping stations ahead of Great Band, where the River Brahmaputra comes from. Virtually they are preparing a model like water wheels.

China’s projects are of two kinds- one for hydro power generation and the other is more ambitious kind, i.e. massive diversion project that envisages diverting the river’s water to the arid north. There is propaganda in the media that this project would be completed in 2050. This is true, but the water diversion from River Brahmaputra project, that is small part of south to north diversion project, would be completed in 2015. This anticipation is based on the speed of their work. This work is going on since 2008 and Government of India is silent on this issue.. The Chinese are not only blocking the water of Brahmaputra, but it also seems that they are planning to block the water or rivers Indus and Sutlej. In this process, they have constructed water reservoirs and two power projects there.

River Brahmaputra used to provide as many as 78.1BCM water in monsoon and 56.12 BCM in non-monsoon days to India, but now it provides only 60 percent during non-monsoon days and in monsoon days flow is reducing by 30 percent. When all dams and water storage facilities becomes functional, we will get only 20 percent water during non-monsoon period. Therefore, it’s necessary to save Brahmaputra in our own interest. He appealed to the media to pressurize the Central government to take up the matter with the Chinese premier Wen Jiabao when he visits India.

Permalink Submitted by Y. P. Sharda on Sat, 11/12/2010 - 22:28
Certain things are not clear in this artcle.It is mentioned that four tunnels are under construction.Genaration of power requires water as well as head. It is not clers where such head is available along Tsang Po (Brahmaputra) upstream of Great bend.It is possible only if water is diverted away from the area towards Ne for a considerable. It is also felt that if it is known that four tunnels are under construction, their other details like location of power houses shold also be known. From this it can be found out whether the water is being diverted out of system or not. If ie is being done, then we have to change our present strategy of going for run of river schemes and plan storage dam where flood water can be stored and used during lean season in a regulated manner whether for power generation, irrigation or other consumptive requirements. We should not forget that Bangla Desh will suffer equally or more sand we should take them it confidence. in case of development of infrastructure in remote border areas, I do not know keep our eyes and ar not ready to learn anything from our neighbour. Y.P.Sharda 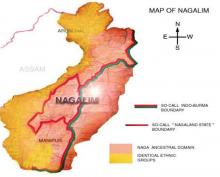 15 Jul 2012 - 9:54pm | editor
Police have captured the main culprit in the sensational molestation case in Guwahati that rattles the entire country. Identified as Amarjyoti Kalita, the suspended employee with Amtron was held from...

No end to hawker impasse

22 Feb 2014 - 8:35pm | AT News
A committee of citizens set up to resolve the hawker-agent conflict in Guwahati failed to resolve the crisis on Saturday.Presided over by veteran journalist DN Chakravartty, the meeting failed to...