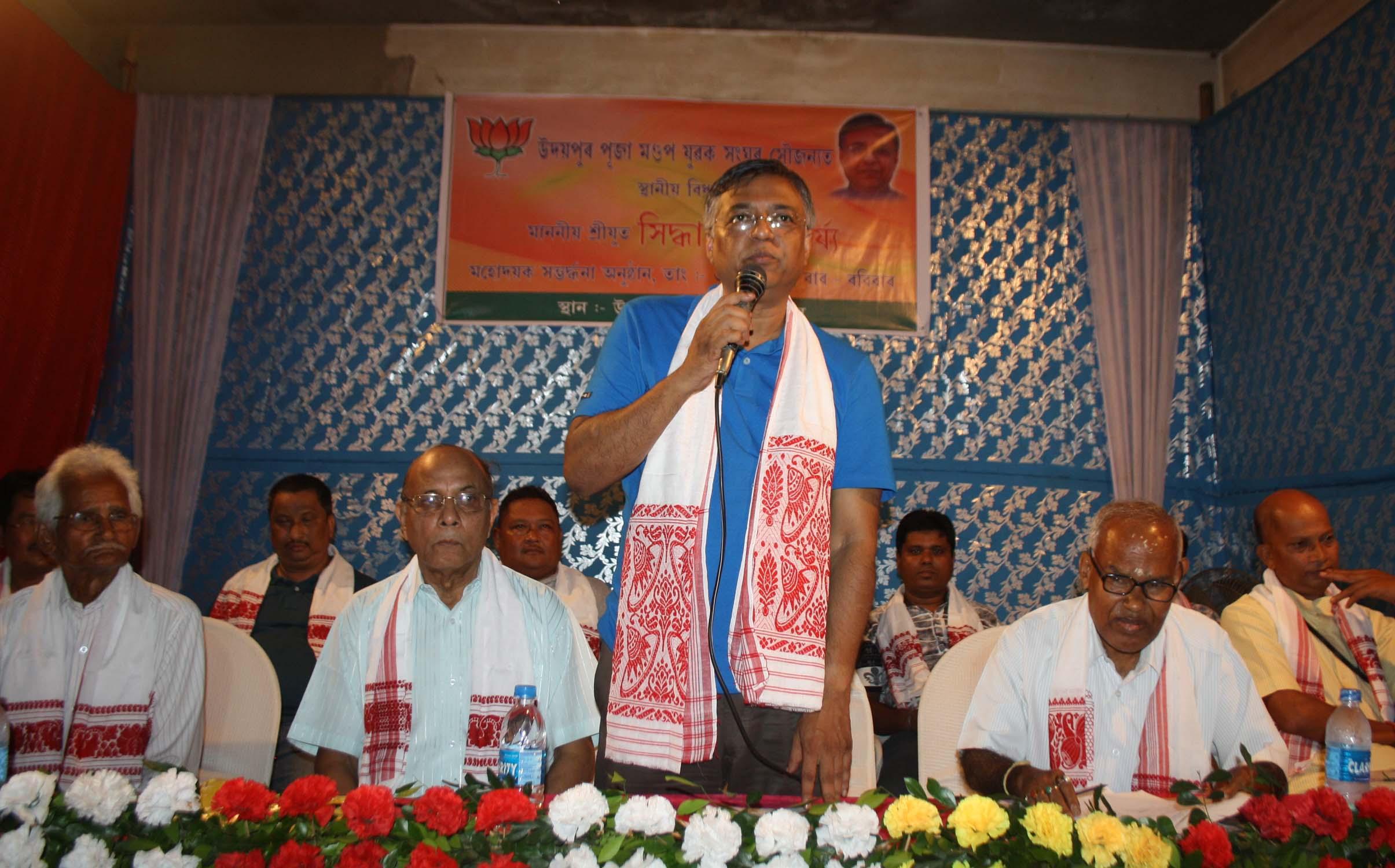 Addressing a huge gathering of residents of Udaypur, Jonakpur and Birubari at Udaypur Kali Mandir complex on Sunday, July 3, 2016, East Guwahati Assembly Member, Siddharth Bhattacharjee, emphasized the need of implementing the vision document of development as envisaged by the Prime Minister Narendra Modi. Speaking at the function organized by Udaypur Yuva Sangha to felicitate him on his success in the recently concluded polls to the state Assembly, he conveyed his thanks to the people of the area for showing their confidence in him. He assured the people that he would not let their confidence go in vain. The meeting was presided over by Dr Phani Borah. Senior citizen of the locality Kartik Chandra Bhattacharjee presented a brief description of the problems faced by the residents of the area and sought local leader’s help to remove them. He also informed about the land grabbing of the area’s oldest school, Aurobindo Bidya Mandir by some vested interests and asked the leader to protect the school’s land.

Getting the complaints of the people related to bad road conditions, traffic jams, lack of water and drainage system, he assured that he would leave no stone unturned to remove these problems. As regards the roadside petty shops he said that the shop keepers are the poor people of the same locality and they have to earn their bread out of such petty business. These petty shops are also beneficial for the local people as they provide service by getting the materials available.

At the same time, the MLA reminded the audience to perform their duties to themselves by keeping the ‘Swachchh Bharat Abhiyan’ as their primary duty. He gave stress on people’s co-operation for making the nation as developed and rich country by their hard works. Revealing the historical facts about this area, he did not forget to let the people know that formerly the entire land in this area belonged to tribal community. Gradually, due to various reasons like poverty, shifting of population to other places for jobs etc; they had to sell their lands. He appreciated the people’s cooperation and amity in order to develop the entire area for their peaceful living.

The MLA reiterated that looking after the problems of people of this area was his primary duty and he was duty bound to fulfill those irrespective of their political affiliations. He urged upon the people to come forward with any problem faced by them and he would like to show the way. A large number of people put forward their grievances before him and he assured to look into them. The meeting concluded with vote of thanks by Chittaranjan Biswas. 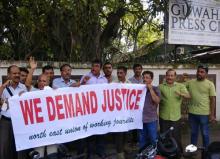 Huge railway flyover over the Brahmaputra

5 Feb 2017 - 3:10pm | AT News
Railway network in Assam is set to get a major boost. A huge flyover connecting Kamakhya to New Guwahati on the river Brahmaputra river is coming up. Disclosing this minister of state for railway,... 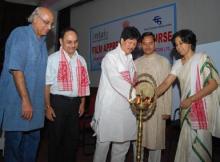 23 Sep 2008 - 7:33pm | editor
The ‘Film Appreciation Course’, being organised by the National Film Archive of India and Film and Television Institute of India in collaboration with the Assam State Film (Finance...