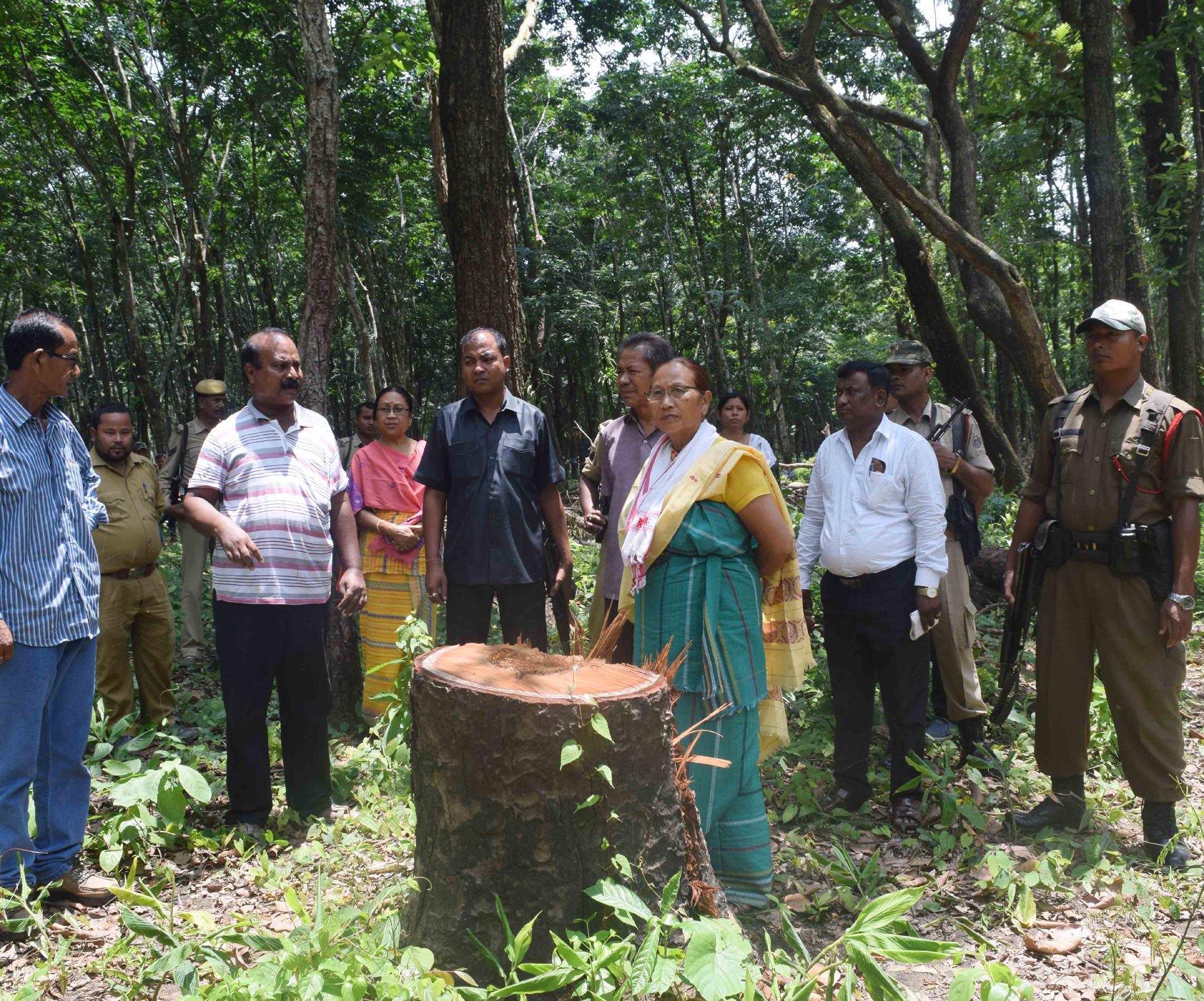 Hardly a few days ago, the Bharatiya Janata Party (BJP) Alliance has taken the reign of Assam administration the results of efforts made by Chief Minister, Sarbananda Sonowal under the guidance of PM Narendra Modi to bring back black money to the state coffer, has started recently with the arrest of Dhemaji Divisional Forest Officer, Mahat Chandra Talukdar by anti-corruption department. For a long time the reports of wildlife crimes were in the air, but the previous state administration ruled by Congress Party under the three-terms  leadership of Tarun Gogoi did not try to take any action. The former Chief Minister Gogoi was under a wrong impression that the people who gave him a chance to rule over the state for last fifteen years would further give him another chance to continue. His calculation was imaginary and the practice of distributing blankets, liquor and mosquito nets had failed as the mindset of electorate was stuck on the change.

It was not that the recovery of crores of rupees from the possession of the DFO of Dhemaji was the only case in the state. Media reports had earlier on different occasions pointed out heavy destructions of forest wealth including timber and animals, but no action was taken by the state government. Instead during the elections campaign the publicity of ‘Fifteen years of confidence and Fifteen years of development’ was high. Because of the people’s confidence corruption developed and development turned into destruction. The people like Dhemaji DFO got inspiration to accumulate wealth likes crores of rupees and the poor people had to cry out for even two meals for their family.

In the recent case Mahat Chandra Talukdar had allegedly demanded Rs.30,000 each from three truckers who transport forest produce. The truckers lodged a complaint with the Vigilance and Anti-corruption wing of Assam Police after which a trap was laid. Talukdar’s Dhemaji and Guwahati residences were raided by anti-corruption department. More than sum of Rs.56,000 in cash, FDR worth Rs.15 lakhs, tiger and deer skins. Elephant tusk were also recovered from his residence. It proved a bad luck for Mahat Talukdar who was to retire by the end of this year. According to local people of Dhemaji several complaints of corruption and misdeeds against the DFO were lodged earlier, but the forest department had chosen not to take any action.

Assam forest minister, Pramila Rani Brahma, has begun to take drastic action against corrupt forest officials after assuming her office recently. She has sought reports on rhino poaching incidents in Kaziranga and has warned the corrupt forest officials, who hid its carcass to cover up the killing. Any way the new government of the state has raised a hope for better future of the state.