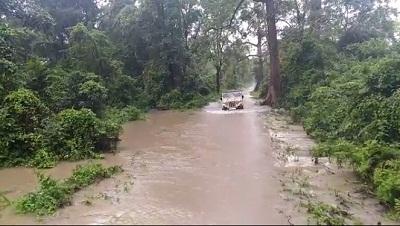 The Manas National Park and Tiger Reserve suffered huge loss as flood waters of river Beki inundated 60 per cent of the Park since the last four days. Floodwaters entered the Park breaching the embankment at Panchmile under the Bansbari Range and submerged large areas of National Park on Wednesday night. The release of waters from the Kurichu dam by Bhutan has been attributed to the untimely disaster. “The waters have receded now but have left a trail of devastation. The flood breached the embankment at three sites making the Park all the more vulnerable, besides damaging most of the roads making movement almost impossible,” Dharanidhar Boro, deputy director of the Park said. “The bridge at Lata jhar was washed away cutting off road communication to Bhutan. The picturesque Mathanguri, main attraction for tourists, remains cut off as the road to Mathanguri was also washed away. Many animals took shelter on narrow strips of highlands. However, there were no reports of animal casualties. The forest beat camps in the Park---Bispaani, Burha-burijhar, Latajhar, Kuribeel, Bhatgali, Kahibari, Katajhar were reeling under 5/6 ft of flood water.,” Boro added.
Manas National Park was opened for tourists on October 1but authorities are now seriously thinking of limiting tourist access to the Park. Tourism in Manas suffered a setback during the 90s due to insurgent activities. Since the last 10 years Manas has been gearing up to make up for the loss of those years. The Park has also seen an increase in the number of footfalls since the last few years. But with the opening of the gates this ‘season’, the Park suffered a severe jolt. Tour operators fear another season to go waste as reconstruction and repair of roads will take time. 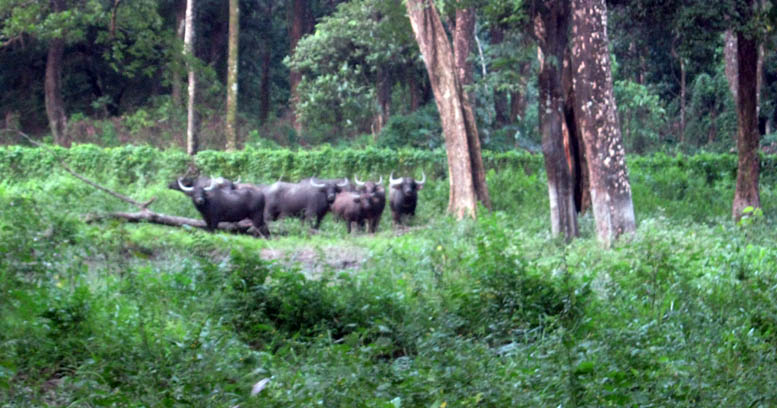 Authorities of Barpeta and Baksa districts said there was no prior warning by Bhutan about the release of water, which flooded the Manas and Beki rivers, inundating large tracts of cultivation in these two districts affecting more than 24,000 people.

Dhruva Nath, a local youth, lamented that this sudden surge has washed away the dreams of many like him who were engaged in pisciculture. Fisheries in many villages—Gyatigaon, Raghabeel, Chunbari, Kaalpani and Narayanguri received a setback as the gushing waters Beki and Manas devastated the ponds and tanks in the districts bordering the Himalayan nation.
A State Disaster Management Authority official said that 12 villages in Kalgachia revenue circle in Barpeta district were inundated by the sudden rise in water level in the Beki river.
Beki and Manas are the two principal tributaries of the Brahmaputra in lower Assam. 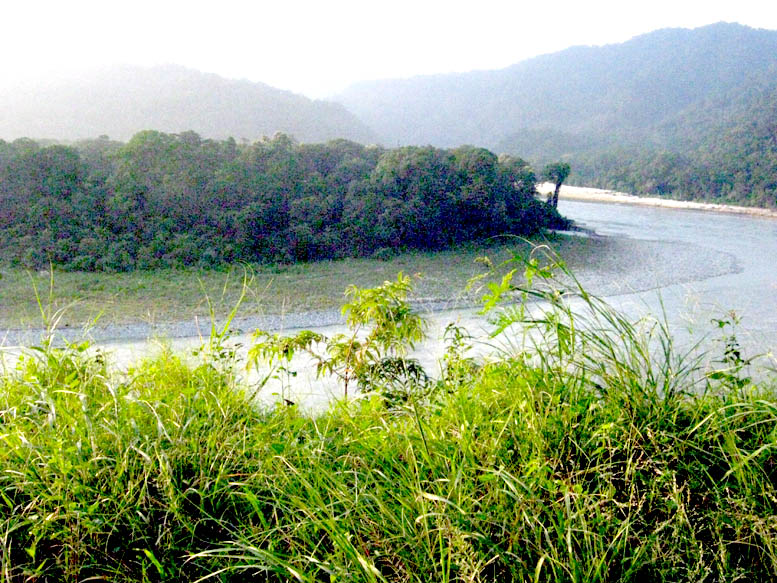 Although there is an agreement between India and Bhutan to share information on the release of water from the Kurichu dam, Bhutan allegedly continues to release water from the dam without sharing the information with the Indian (Assam) authorities. There are instances when unannounced release of water Kurichu dam by Bhutan jeopardized the lives of thousands of people downstream. The sudden surge of water released on Wednesday once again caught Assam authorities off-guard. It so happens that during incessant rains, waters from the dam is released flow down to Assam. In July this year, there was a sudden rise in the water levels of the Beki river that washed away a part of the embankment at Panchmile, inundating the entire Manas National Park.

In June 2010, hundreds of villages in the two districts of Barpeta and Baska were severely affected. Huge loss and devastation in the floods of 2007 were also attributed to Bhutan.

In 2004, Barpeta and Nalbari districts were flooded suddenly. It was reported later that an artificial lake on the upstream of Kurichu dam burst that was located north of the international border shared by Assam.

The Kurichu continues to be a nightmare downstream, having created havoc at regular intervals. In the last 10 years, over one lakh families were rendered homeless while more than 60 thousand hectares of farmland were devastated in the downstream districts of Baksa, Barpeta and Nalbari as estimated by the Assam Disaster Management Authority.

The Manas River (Drangme Chhu in Bhutan) is a transboundary river in the Himalayan foothills between southern Bhutan and India. It is the largest river system of Bhutan. The DrangmeChu, also the largest drainage in Bhutan with area of nearly 18, 300 square kilometers, connects the Bhutanese Himalaya and the Indian subcontinent. Bhutan decided to build a hydropower dam over the KuriChu and DrangmeChu to cope with the increasing demand of power in Bhutan. The Himalayan kingdom now earns more than 50 per cent of its revenue from its sale of hydro electricity. Interestingly, the Indian government has aided Bhutan in all its major hydel projects, including Kurichu. The government of India invested 560 crore in Kurichu  Given the complexities involved in the exercise of the extracting electricity through large dams and the haste in which the projects are pushed through without addressing the genuine concerns such as downstream impacts in the form of floods, sedimentation, deposition of sand and morain, loss of biodiversity and livelihood of people, seismic vulnerability etc, the situation definitely calls for a resentment of the Central Government's hydropower policy for the north-east Indian region, specially Assam. The state is already a victim of dam-induced floods several times in the recent past. 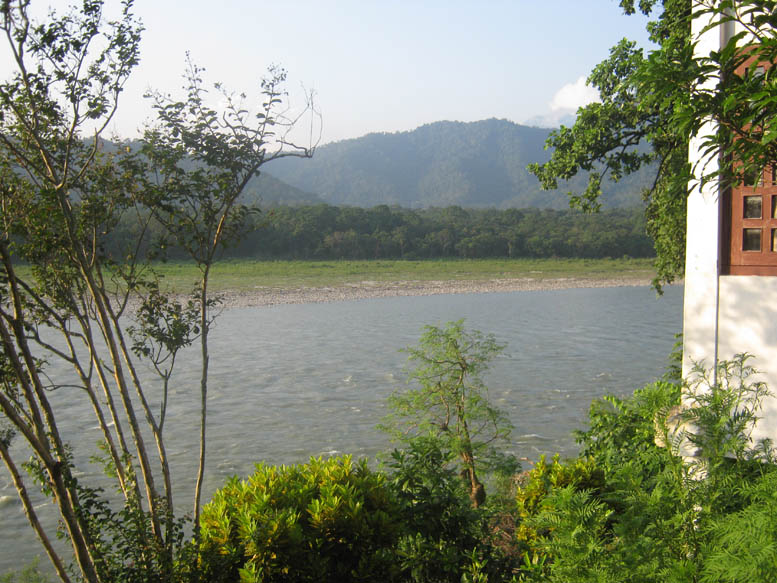 Further, the threat of Kurichu looms large on pristine wildlife habitats like Manas—a world heritage site, an elephant project, a tiger project and a biosphere reserve. Situated on the western flanks of Assam, Manas National Park is one of the most vibrant forest ecosystems in India. Situated on the foothills of the eastern Himalayas, brushing the Bhutan border, this pristine and primordial wilderness reserve is a treasure trove of bio diversity. Chandan Kumar Duarah of Centre for Conservation, Education and Research (CCER), voiced the concern of the downstream people---“the situation prevailing in Manas is likely to happen in wildlife habitats of upper Assam when hydro electric power projects are commissioned in Tibet and Arunachal. Happy Bhutan has been unleashing unhappiness in the form of water to the people of Assam for years without informing concerned authorities. While the Union Government and stakeholders are opposing Chinese dams on the Himalayan rivers flowing into India, our government is not concerned over dams built by Bhutan over trans boundary rivers. On the other hand, the Union government is patronizing hydro projects upstream in complete disregard to the interests of the people of Assam downstream.” 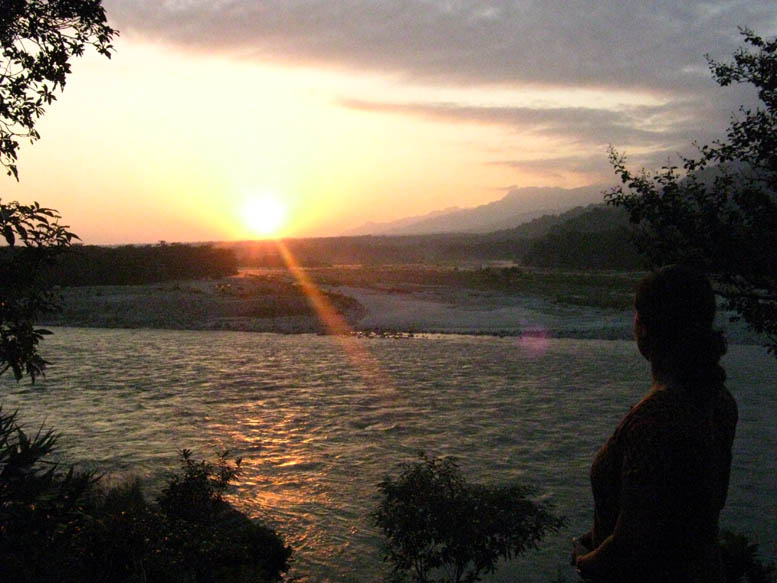 I found many information were

Permalink Submitted by Kinga on Sun, 16/10/2016 - 21:57
I found many information were far from truth particularly mentioning it as devastating. Recent flooding in Manas might not be solely caused by release of water from the dam. There were inceasent rainfalls across the country for 3 days and many tributaries besides main rivers in Bhutan have been swollen in huge volume. Such accusations were just out of suspicions, reporter should have asked the Kurichu authority for balanced information. Otherwise, this will unnecessarily create misunderstandings between two neighbors.

10 Jan 2017 - 10:29pm | Robertson Tanti
Shock and sensation gripped Dimakuchi after a local boy went missing from a picnic spot on Sunday. Police and SSB jawans have been jointly carrying a search operation since he was declared missing...

8 Feb 2014 - 3:55pm | AT News
BJP’s prime ministerial candidate Narendra Modi on Saturday deplored that lack of vision and an able leadership have been preventing Assam from developing on all fronts.Addressing a huge rally in...