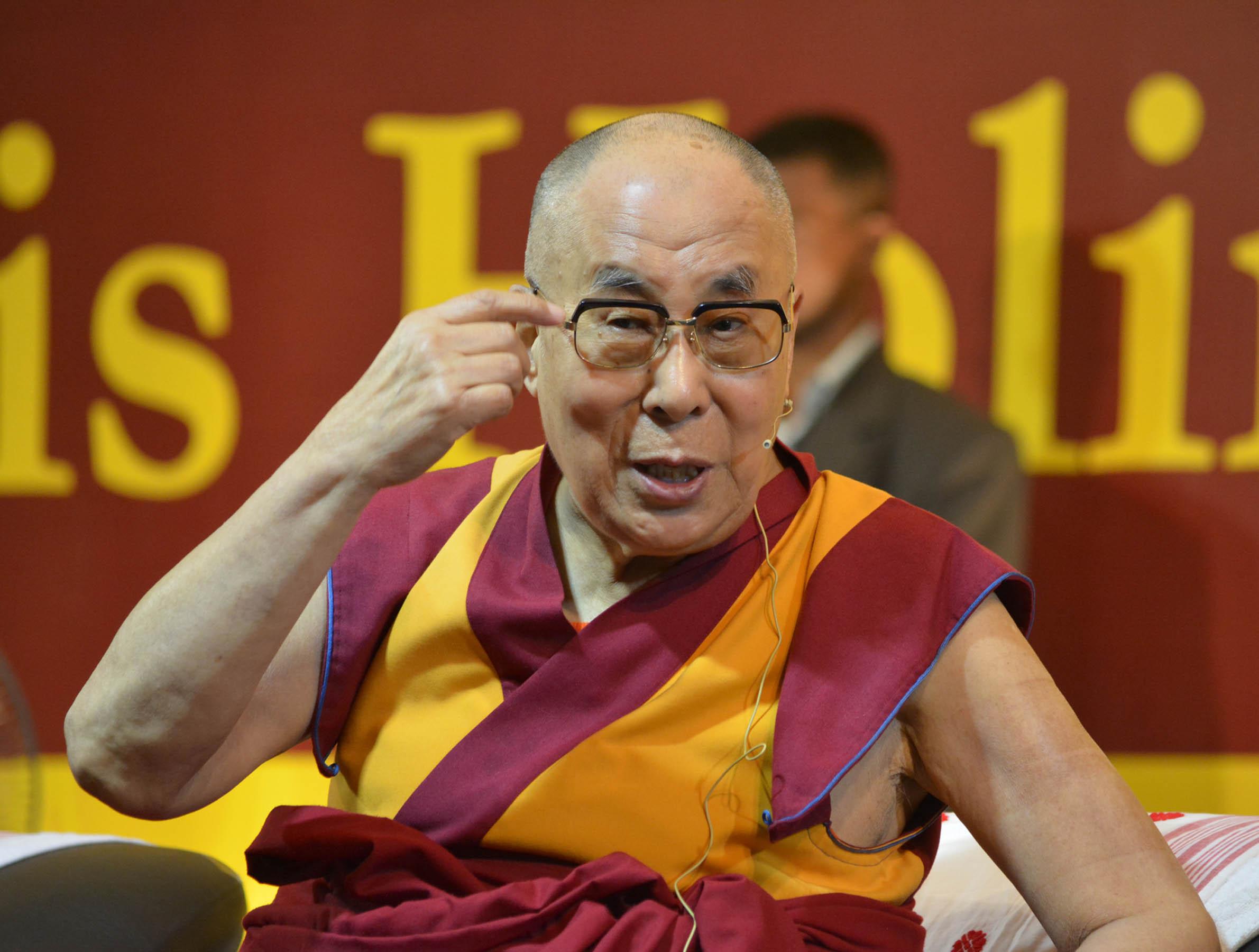 “Brahmaputra on one way sacred, one way trouble maker,” this was the observation made by the 14thDalai Lama Tenzin Gyatso in Dibrugarh during his recent tour of Assam. During an interaction programme with students of the Dibrugarh University in the University auditorium on April 3, the Tibetan spiritual leader said that due to global warming there are more glacial melt in the Himalayan ranges. “In today’s world we face increasing natural disasters, including earthquakes, due to the effects of climate change. Yesterday in Guwahati I attended the Namami Brahmaputra Festival celebrating the sacredness of that great river, but we know it also has a tendency to flood.”

“Because of global warming the Himalayan glaciers are melting and less snow is falling. In Dharamsala, where I live, there is much less snow than when I arrived more than 50 years ago,” he said and also expressed his concern that water level in major rivers including the Brahmaputra would reduce in coming decades.

The Peace Nobel Laureate spoke on the significance of climate change brought on due to our materialistic greed which led to a depletion and destruction of our natural resources and laid stress on the importance of sharing scarce resources and harnessing them in a sustainable manner in order to ensure a secure and peaceful future. “The human population continues to increase and we must find ways to raise the living standards of the poor. We must also find ways to make better use of scarce resources,” he said.

Delivering a talk on ‘Ethics in Modern Education,’ the 81-year-old spiritual leader, who is touring the Northeast, reiterated his three main commitments: promotion of human values such as compassion, forgiveness, tolerance, contentment and self-discipline; promotion of religious harmony and understanding among the world’s major religious traditions and third, preservation Tibet’s pristine environment and Buddhist culture of peace and non-violence. “Differences of religion, colour, profession, family background, whether we are rich or poor, people of faith or non-believers, belonging to this nationality or that nationality are secondary in the context that we are all human beings.”

“I never tried to promote Buddhism. We cannot say a particular religion is the best”, the Dalai Lama said and added “whenever I speak in public I greet my audience as brothers and sisters. As of different religion, all the world major religious traditions convey a message of love and compassion, just as here in the land of ahimsa we talk of maitri and karuna. Despite their different philosophical views all these traditions are dedicated to encouraging a sense of love and compassion.”
Emphasizing on inner peace for positive change around the world, His Holiness congratulated the Dibrugarh University for its decision to introduce a course on secular ethics and invited the Vice Chancellor of Dibrugarh University to attend further deliberations on the curriculum with Buddhist scholars.

12 Feb 2017 - 9:19pm | AT Kokrajhar Bureau
The golden jubilee celebration of the All Bodo Students Union (ABSU) begins today with four day colorful programmes at Jangkritai Pwthar in Kokrajhar.  The celebration is looking colorful with...