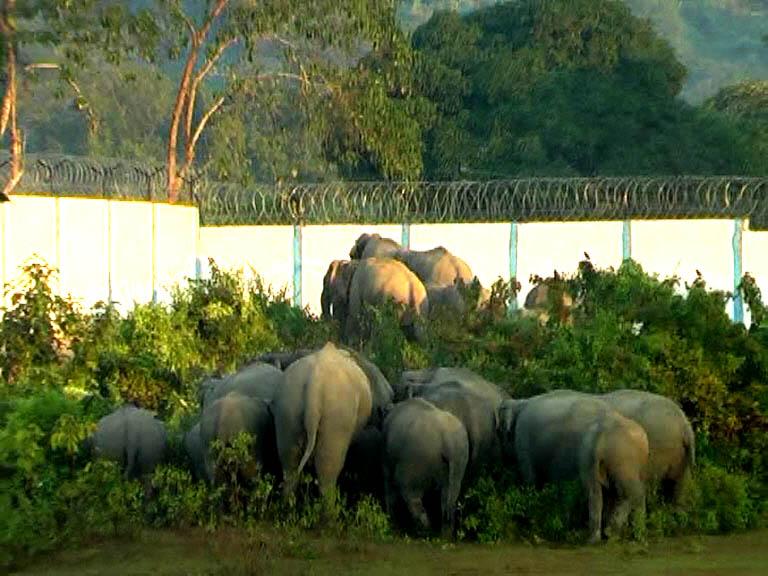 At the prestigious India Today PSU Awards 2014, the Numaligarh Refinery Limited (NRL) was awarded the ‘Most Eco-Friendly Public Sector Unit (PSU) in the Miniratna category. It was stated that the award assumes a great deal of significance since the selection process included all the 229 PSUs nationwide in the fray and is, therefore, a befitting recognition of the innovative, sincere and dedicated efforts of the company towards preservation and conservation of the ecology and the environment. 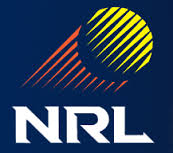 A year later NRL was once again in news—this time for sending rare and Scheduled I species to death throes! The anti-conservation strategy and gross violation of environmental norms by the company drew flak from all quarters and taking cognizance of the serious violations, the Principal Bench of the National Green Tribunal has ordered impleading the NRL as a respondent in the Original Application No.38/2011 (Rohit Choudhury versus Union of India and Others) and Miscellaneous Application (MA) No. 787/2015 in connection with the issue of illegal boundary wall constructed by the NRL on the elephant corridor in the “No Development Zone” of the Proposed Deopahar Reserve Forest.

Deopahar is an important elephant habitat and the erection of the wall across the elephant corridor turned out to be a physical barrier for the pachyderms. Elephants, especially calves, as they try to cross over to and from the hilly terrain of the forest, slip off to their death inside the wall. More than 10 elephants died since 2011 in the ‘trap’ constructed by the green company! 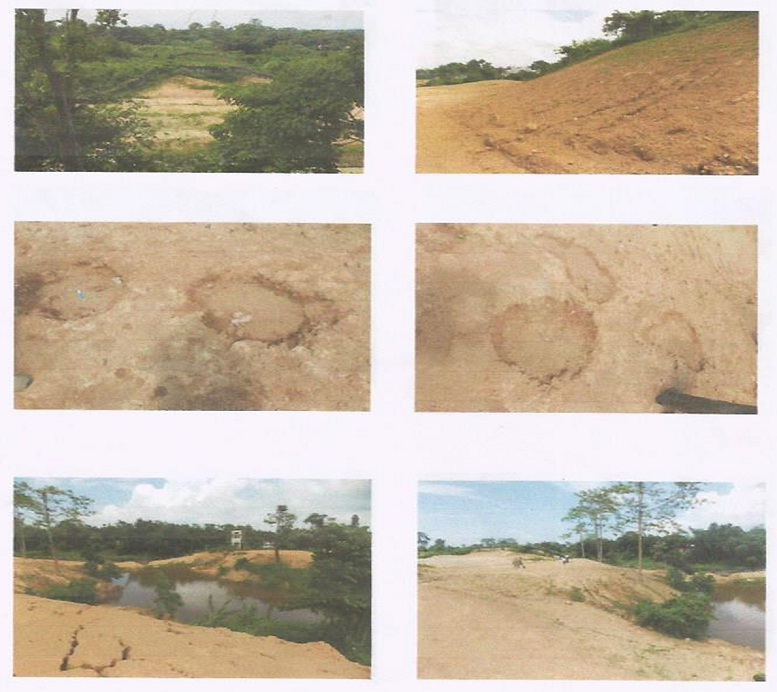 With a view to achieving the targeted 33% of the forest cover in the plains and 60% in the hills under the National Forest Policy (1998), the Government of Assam declared the Deopahar forest in the Golaghat district as a Proposed Reserve Forest on 18/08/99 with an area of 133.45 hectares and appointed the Deputy Commissioner (DC) of Golaghat as Forest Settlement Officer (FSO). The notification was published in Assam Gazette dated 13/9/99. This gesture of the Government of Assam was hailed by one and all because the declaration came at a critical juncture as the district was going through a massive eco-disaster with almost 93% of its total reserve forest areas (excluding the Kaziranga National Park) were in the throes of destruction.  In such a situation there was every need to elevate this important patch of forest to the status of a Reserve Forest, but for reasons unknown, Deopahar continued with the status of a PRF to be encroached upon by booming industries.

Deopahar, which was handed over to    the forest department by the civil administration of Golaghat in 1968, is a small hill with an area of 134 hectares near Numaligarh, in Golaghat district. The notification show this stretch of forest land bounded by the Numaligarh tea estate and the Numaligarh garden road in the northern side while the NH 39 approach the hill from the south-western side. The Kalioni hills and part of Rajgarh lies to its east. Known for its archeological heritage since the ancient period of Assam history, Deopahar hosts unique biological diversity. 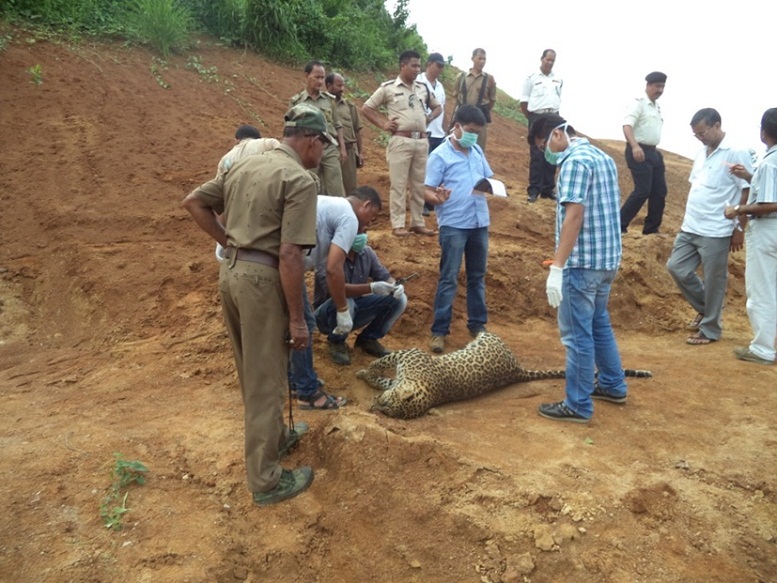 Apart from housing some rare cat species, reptiles, butterflies, local and migratory birds, the presence of wild bee hives on the Bheleu trees show signs of its pristine environment. After the massive destruction of the Nambor Reserve Forest, the oldest in the State--a few Hoolock gibbon families, otherwise marooned in the fragmented habitats in and around Nambor, found a safe refuge in Deopahar. Deopahar became an important transit for the animals migrating to and from Karbi Anglong to Kaziranga. This patch of forest now provides shelter to some 200-300 wild elephants.

Telgaram, where the Numaligarh Refinery is situated, is known for its elephant habitations. This area once served as a transit for elephants in between Kaziranga and Karbi Anglong. With the establishment of NRL in Telgaram in the 90s, elephant depredation reached an alarming proportion. Incidents of man-elephant conflict only increased over the years resulting in casualties on both sides. To make matters worse, NRL brought into its possession a stretch of Deopahar PRF (interestingly the part of the PRF was sold to NRL by the Jorhat-based Numaligarh TE) and tried to secure it by constructing a boundary wall, 2 km in stretch, on this traditional elephant corridor. The illegal boundary wall became a huge physical barrier for the elephants blocking their normal movement. In a number of cases baby elephants got trapped inside these erections and were separated from the herd. The pachyderms were even seen hitting at the walls trying to get rid of these obstructions.

Further, the wall was constructed inside the “No Development Zone” violating the norms of the National Green Tribunal. As per NDZ notification, the expansion of industrial area, townships, infrastructure and such other activities which could lead to pollution and congestion shall not be allowed within the NDZ.  The NOC issued for the old NRL town ship by MoEF vide DO No.J-11014//91-1A.II, 18 -01-1994 prohibits use of hill slopes, forest area and states that no organized human settlement in the hill or the areas adjoining the hill at least in a radius of 10 km be allowed.  It appears that the NRL might have hidden these facts while applying for the extra land. The expansion of NRL town area has been another cause of concern that has become a threat to the elephant habitat in the Deopahar fringe. Moreover the use of high voltage lights, heavy construction equipments and vehicles day and night in the immediate vicinity of the PRF is causing disturbance to the pachyderm population.

The Divisional Forest Officer, Golaghat Mutthu Kumar Ravel said that he issued a letter no. B/13/ NRL Const/1295-98 dated 02/05/15 asking the NRL authority, Guwahati to take immediate action and remove the barrier constructed illegally that is blocking the normal movement of elephants in the area. Even after the issuing of the letters, NRL is yet to comply with the instruction of the Forest Department. On the other hand, continuing with its anti-conservation activities, NRL of late has cleared huge stretch of forest land in the “no development zone” of the Deopahar PRF for developing a golf course. In this connection, the Golaghat Forest Division appointed Santanu Barua, ACF, (vide order no 38 dated 20/05/15) to conduct a detailed inquiry into the illegal clearing of forest area and illegal cutting and mining of earth/hillocks in the forest fringe. Although there was an earlier approval for operating (felling) certain numbers of trees in a restricted area, however, after the receipt of the  Environment Clearance by the State Level  Environment Impact Assessment Authority (SEIAA) the same was withdrawn later (before the final approval) due to violations (Letter No- B/32/PP/2685-92 dated 23/10/14). Recently, another letter was issued to the NRL management in this regard (Letter No-B/13/NRL-Const/1302-1305 dated 02/05/15).
The land acquired by the NRL is in clear violation of the established laws, rules and conditions. Further the areas in questions were serving as a critical wildlife corridors and part of a larger ecosystem and catchment.

DFO Kumar further stressed: “while there exists a number of alternatives for NRL, the loss of such critical forests, animal corridors, biodiversity and ecosystem cannot be recreated.  Rather the NRL should have developed a wasteland and build its township and definitely not by destroying forests, corridors and ecosystem at the cost of the state as well as present and future generations”. 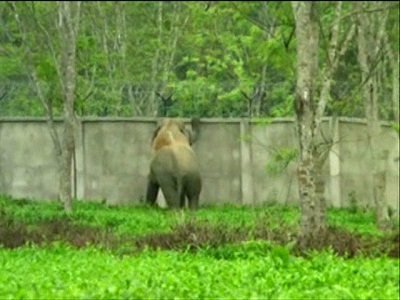 There is no denying the fact that for an industrially impoverish state like Assam, there is every need to boost industrial growth. However, the rush to boost industrial growth rode roughshod over long-term environmental concerns as much of the investments are now on polluting industries like coke and cement, oil and gas extraction. In a biodiversity rich state like Assam, indiscriminate licensing of polluting industries already showed signs of grave environmental consequences.  Excessive burning of natural gas, rampant use of pesticides in the seemingly non hazardous tea industry has brought Assam’s geographical identification—the cultivation and production of the golden Muga-- to almost half of what the state produced 20 years back.

While the damaging impact of the polluting industries is felt more in the tea-oil-gas rich upper Assam districts where agriculture and environment had been adversely affected, the so called People’s Refinery that was born out of the Assam Accord after six long years of struggle, is bulldozing its way to spell doom to a critical habitat in the Kaziranga and Karbi-Anglong landscape. The natural eco-systems are complex and sensitive, where each species has a role and is symbiotically dependent on other species. With destruction of forest cover and cutting and mining of hillocks, NRL has already inflicted irreparable damage to Deopahar changing the topography of the area known for its rich and endemic biodiversity. 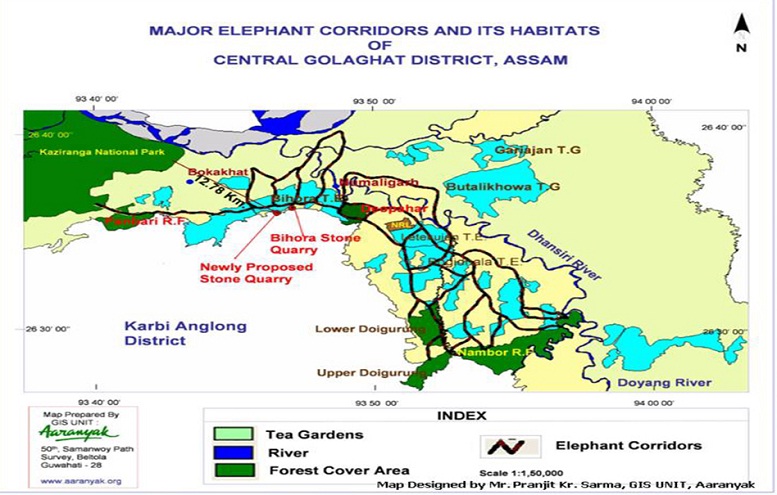 This happens in Assam. Any

Permalink Submitted by Jayanta Kumar Das on Mon, 21/09/2015 - 12:15
This happens in Assam. Any body with high links could manage presigious environmental awards.Government of Assam must take immediate steps to dismantle the walls and declare Deopahar as the Reserce Forest.Its time people of Assam come forward for the protection of wild animals and birds.

18 Dec 2014 - 10:27pm | AT News
BJP legislators in the Assam Assembly went all out against Dr Nazrul Islam after the civil supplies minister charged Delhi with creating troubles for Dispur by stopping ration in the tea gardens...

9 Sep 2017 - 9:27am | AT News Imphal
Upset over the alleged high-handedness of some police commandos, the Kuki Students’ Organisation (KSO) has on Friday demanded the authority to suspend the personnel who were involved in threatening...