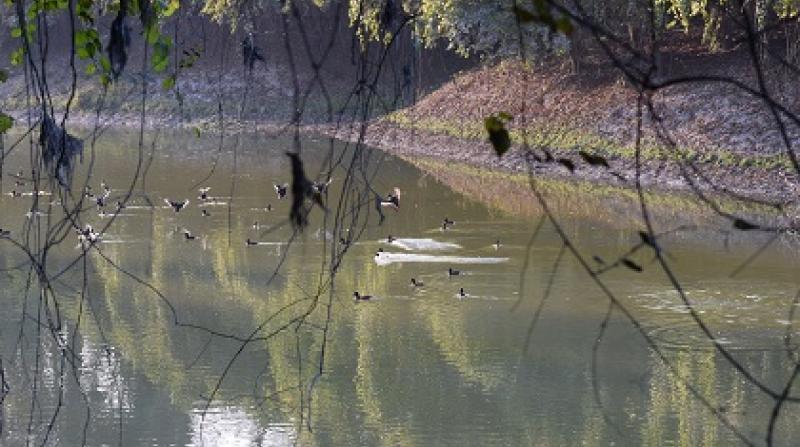 The Northeast forms a complex geomorphology with vast flood plains, valleys, hills and ridges of varying elevations, beels (wetlands) and swamp areas with presence of large number of avifaunal diversity. The mighty Brahmaputra and its tributaries serve as the winter visiting ground to many migratory birds. From the marshes of Kaziranga to the forests of Eaglenest in western Arunachal and further up to the alpine areas of Arunachal -- one come across more than 750 species of birds that includes most of the winter visitors. Assam, along with the other six northeastern states, shares a common migration route for many of the avifauna that flies over Bhutan, Tibet, China, Myanmar and Bangladesh. While many of the bird species waiting to be identified in the eastern Himalayas, there are other species that absented themselves and we do not know if we could see them again!

The survival of the White-bellied heron (Ardea Insignis), one of the 50 rarest birds in the world that has an estimated global population of less than 250, greatly depends on the existence of their wetland habitat. These birds exist in very low numbers over a large area comprising Bhutan, Yunan in China, northern Myanmar and northeast India. Another rare bird, the black-necked crane breeds on the Tibetan Plateau and winters mainly in the lower altitudes of Quinghai, on the Yunnan-Guizhou Plateau, north-eastern Bhutan and Zemithang and Sangty Valley in West Kameng district of Arunachal Pradesh. It is the only high altitude crane amongst the 15 species found in the world.

Climate change and degradation of wetlands

Climate change poses a threat to all ecosystems. The wetland ecosystem is the most vulnerable because wetlands are the least protected ecosystems and climate change is now adding to the loss of habitat for many swampy birds. Assam Remote Sensing Application Centre, identified 3513 numbers of wetlands in the state. However, many of these wetlands are fast disappearing. In a survey carried out in 2015 by Nature’s Foster, a local NGO, it was found that many Asian water fowls are now on the brink of danger due to degradation of wetlands. No existence could be found of more than 20 wetlands in western Assam in the survey either due to climate change impacts or conversion of these wetlands for other activities. Siltation is another major cause for the loss of wetlands. Due to heavy siltation, many wetlands are now turning into woodland.

“There has been rapid conversion of water bodies to other uses and their function in a wider economic sense has largely been ignored. Wetlands act as important repositories of aquatic biodiversity. In addition to hosting a wide variety of plant and animal life, wetlands also provide water storage, filtration and offer us protection from floods. Since the 1970s, the benefits and value of the world’s wetlands are increasingly receiving due attention. However, in Assam, there is an appalling lack of awareness among the masses about the functions and significance of these crucial components of the ecosystem,” Dr. Pradip Sharma, who teaches Geography in Cotton College, said.

“Our environmental policy has also largely failed to acknowledge the benefits of wetlands. The state governments classify them in land records as wasteland only!” says Moloy Barua, president, Early Birds, a conservation NGO.

The Brahmaputra valley has been blessed with innumerable fresh water lakes (locally called beels), or ox-bow lakes (era suti), marshy tracts and thousands of ponds and tanks to hold the excessive rainfall the state experience. These wetlands are vital to our water needs and food production. Besides, these serve as the winter ground to many rare migratory winged visitors. The destruction of habitats and loss of nesting sites have left many of the migratory birds to change route or destination altogether. 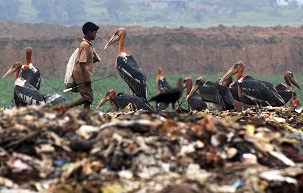 Assam’s Important Bird Areas include the river island Majuli and Deepor Beel-- a Ramsar site in the heart of Guwahati. Deepor beel, an ideal destination for thousands of migratory species, witnessed a sharp decline in the number of winged visitors due to the presence of hundreds of fishing boats that remain a deterrent for breeding. Further, construction of a railway line, major road linkages as well as growth of industrial units in and around the wetland's vicinity shattered its once pristine habitat.  Although a protected site under the Ramsar Convention on Wetlands, 1971, continuous encroachment reduced this once 4,000 hectare (ha) wetland shrunk into less than 500 ha area! To make things worse, the Guwahati Municipal Corporation had chosen this Ramsar site to be the city's municipal garbage dumping site! Degradation of this important water body started heavily with dumping of waste by the Guwahati Municipal Corporation (GMC) in close proximity of the water body since 2006, flouting all norms of municipal solid waste rules. 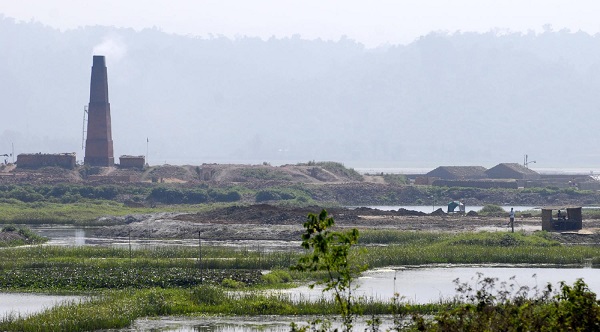 The Guwahati smart city mission envisages Deepar beel as a wetland park from four years from now on the lines of the Hong Kong Wetland Park. The dossier of Guwahati Smart City Mission mentions that the Deepar Beel wetland-- a Ramsar site shall be designed to become an international class birding destination--and shall have ticketing revenue, CSR revenues and jungle style eco-lodging with special souvenir shop etc. to help generate revenues. It is interesting to note that the concerned departments in lake development of wetlands under the smart city project are—SPV, Guwahati Metropolitan Development Authority, Guwahati Municipal Corporation, Jal Board, Water Resources Department, Public Health Department, Tourism Department and the Assam State Electricity Board. No mention of the forest department here raises many eyebrows. When contacted the state Forest Minister Pramila Rani Brahma, she only expressed her ignorance about the lake development of Deepar Beel. Not taking cognizance of Deepar Beel as an Important Bird Area and also a wildlife sanctuary by the smart city planners irked conservationists. “A water park cannot be the solution for Deepar beel. The focus of the government should be to conserve the wetland ecosystem of this wildlife sanctuary rather then turning it to a recreational park with the sole intention of revenue generation,” said Indrajeet Dutta of Kaziranga Wildlife Sanctuary. 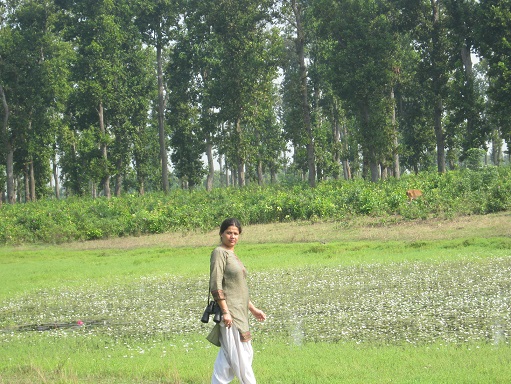 A shrinking wetland in Morigaon district

EDGE species on the edge

The avifaunal population of Assam also includes 25 globally threatened species of birds. Further, Assam also records a few of the bird species that figured in the list of 100 Evolutionary Distinct and Globally Endangered (EDGE) species worldwide like the Bengal Florican, Red-headed vulture and the Greater Adjutant Stork. These bird species also reflect the diversity of the habitats they are in. While many critically endangered EDGE species are found in grasslands there are also wetland birds falling into this category.

The Greater Adjutant Stork locally known as Hargila is struggling for its existence because its breeding habitat is continuously under threat. The global population of this bird species is not more than 1,000 and Assam houses about 70-80 per cent of this global population. It is also a scavenger bird and could be seen in garbage dumping sites.

The reasons that pushed these birds to the edge are many. The major concerns being—loss, fragmentation and degradation of their habitat, environmental contaminants, land use patterns, developmental activities etc.

The death of some 27 Greater Adjutant Storks in the vicinity of Deepar beel in the last week of January, this year, comes as a shocker. While, the cause of more than two dozen deaths of the rare storks are yet to be ascertained, experts-- taking a cue from earlier incidents—blames it to consumption of something lethal by the foraging birds. Periodical tests conducted by the Pollution Control Board show increasing pollution levels in the wetland’s ecology, triggered by dumping of municipal waste which is never segregated. The large-scale fatalities of the rare storks tell the story of how the sheer apathy of the GMC and the State Forest Department has turned this natural heritage turn into a danger zone for the globally threatened species!

Early probe in NC Hills scam not in sight

8 Oct 2010 - 6:05pm | Daya Nath Singh
Early investigation to North Cachar Hills scam is not in sight because of several factors in the way of investigation agency. Although the Enforcement Directorate has examined the social welfare...

20 Jun 2015 - 3:35pm | AT News
A section of Muslim people refuses to go with the Yoga Day alleging it a forcible attempt of the NDA government. Talking to Assam Times, All Assam Minorities Students' Union leaders said...