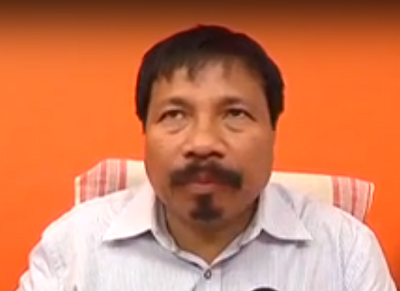 Blows after blows seem to have awaited the Asom Gana Parishad 6 months before the assembly polls. AGP MLA from Dhakuakhana Naba Doley is believed to have been preparing to leave the regional party very shortly. His close associates told Assam Times that Doley has already got geen signal from the BJP leadership to join the party.

He is expected to quit the regional party as soon as BJP leadership fixes his joining date. He is sure of ticket to contest the assembly polls early next year. The development assumes significance a day after his counterpart in Sootea constituency Padma Hazarika joined BJP who would be contesting from BJP this time. Hazarika would join BJP on October 30.

But AGP leadership are unhappy with these leaders who have joined BJP. “We don’t under stand what forced leaders like Chandra Mohan Patowary, Pulakesh Baruah, Hiten Goswami, Padma Hazarika have to join an anti-nationalist party like BJP,” a senior AGP leader told Assam Times.

Bijoya’s daughter in race for ticket

2 Jul 2015 - 8:57am | AT News
Two prominent BJP leaders want their son and daughters to contest the assembly polls early next year.They have already applied for tickets before the state unit leadership to be confirmed by the...

12 Sep 2020 - 1:16pm | AT News
New Delhi : In a major reshuffle just before the 2021 assembly polls,  AICC has replaced Harish Rawat from Assam as state party in charge.  Senior Congress leader from Punjab Kuljit...

1 Feb 2014 - 9:28am | Koushik Hazarika
After a brief lull, miscreants in Delhi seems to have targeted the north easterners again.A student from Arunachal Pradesh lost his life in the revisit of the racist attack in the capital. Identified...