It’s rightly said, ‘where there is a will there is a way’. It has come true in the life of a school teacher from the remote northeastern state of Tripura, which lags behind the facilities in the field of development in many respect. Sujit Bhowmik, a retired science teacher from Government school, Agartala has earned a number of achievements to his credit during his tenure in service and has continued his efforts even after his retirement. He contributed a number of articles related to health, environment and wildlife etc; in English and Bengali language newspapers and periodicals. Several books he has got published so far with him minimum source of income.

Now, he has come out with a single line theory on green house gases comparing the environment of first and second century with the present crisis torn world due to population explosion creating hardship to human lives. He maintains, during the first and second century the population throughout the world was very less and the green house gases were plenty in environment.  Amidst wide forest areas huge wild fires were the major danger to human lives. Machines and fire extinguishers were not invented those days and the fires continued unhindered till the people succeeded to douse those. With the growing population and growth of civilized society, the machineries and equipments were invented for the use.

The writer maintains that the ancient huge and frequent fires harm was equivalent and not less than civilization made, environmental havocs. The ancient, huge frequent wild fires harm is equivalent and not less than present day’s vehicles and industrial combustions. The heat of huge and frequent wild fires of ancient days are  equivalent o amount of green house gases emissions by all vehicles, industries, jets ships, trains, domestic inputs combined. Therefore the nature lovers and environmental scientists most not harbor any anxiety, thinking of alarming situations of environmental degradation.

In another achievement of this writer, a team of doctors at All India Institute of Medical Sciences (AIIMS), New Delhi, accepted his suggestions on ophthalmology in 1989 and started functioning on its basis’. The findings and concept of this writer was appreciated by World Health Organization (WHO), Geneva in 1997. One of his articles on dentistry was published in the prestigious Indian Medical Association (IMA)Journal. The Tripura state government ‘s forest department awarded him for writing slogans about forestation in 2006, Self-help group and conservation of wildlife.etc.

One of the major contribution of this writer was a suggestion aiming to check air crashes caused by aircraft-birds collision which was appreciated by Capt. R K Sen, former director of aviation, Dumdum, Kolkata, who sent the formula to all anti-bird hazard committees constituted at each and every airports of the country. The concept was also sent to Airbus and Boeing manufacturing authorities. The idea also got appreciation at the Kolkata Science  Fair. Recently Indian Army has highly appreciated the ideas of security system and accepted the same. 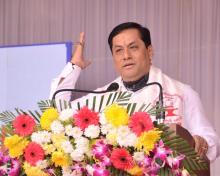 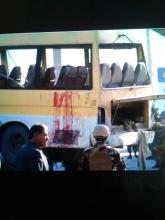