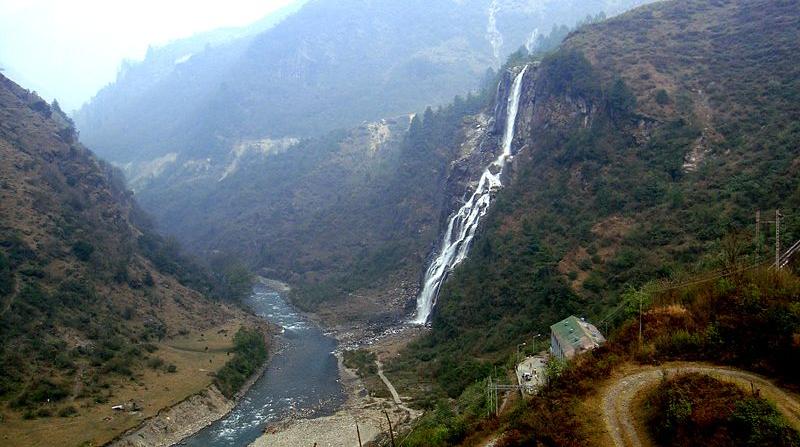 Can the NDA government contain the expansionist regime practiced by People’s Republic of China after the blunders committed by former Indian Prime Minister, Jawaharlal Nehru. Whereas, Narendra Modi, is pursuing India’s foreign policy determinedly from the very first day of his swearing-in ceremony by inviting his neighbours and SAARC countries, his is certainly going to be a stand away from an atheistic Nehru who believed in reason. In his second research Dr BB Dutta, former Shillong parliamentarian have laid down a complete picture of Nehru’s flawed China Policy which earned him and the country an unforgettable humiliation.

He said that when in 1950 China entered Tibet – which Mao Tse Tung described as the “Palm of Modern China” Nehru failed to read the implications of China’s entry through Aksai Chin connecting Tibet with Xing Xiang province of China. This invasion over Tibet was hotly debated in the Indian parliament where Nehru defended himself queerly by saying that in that barren territory “not a blade of grass grows”. Mahavir Tyagi, the famous parliamentarian and the great freedom fighter who joined British Indian Army and then resigned because of the Jallianwala Bagh massacre famously retorted pointing to his own bald head, “nothing grows there... should it be cut off or given away to somebody else?”

This was not the only blunder of Nehru who again failed to read the expansionist regime of the Chinese. In 1954, India and China signed the five principles of peaceful co-existence (Panchsheel Agreement). “This, together with Nehru’s commitment to Non-Alignment, disabled India from seeking opposition to China’s expansionist moves from other super powers. And worse still, it left India (and overburdened its military) to deal with the emerging power of the People’s Liberation Army,” said Dr Dutta adding that Nehru again failed to realize, when formulating the China policy, their expansionist character. “This is evident from the takeover of imperial Manchu territory as part of the modern Chinese nation. He also did not realize that by Communist Party standards, he was only a Bourgeois leader sympathetic to the elite “serf-owning class in Tibet”. He underestimated the resentment a hard core Communist party could have over India’s inherited
border (McMahon Line) from the British with China,” said Dr Dutta.

Thereafter, Nehru gave Tibet to China on a platter, leaving no buffer between the two Asian giants. “The growing discontent and unrest among the Tibetans after China’s entry into Tibet resulted in an uprising in 1959 inviting a Chinese military crackdown. The 14th Dalai Lama fled to India and was granted refugee status along with thousands who accompanied and followed him,” said the former parliamentarian. Nehru “burnt his ideology into his thoughts and actions”, working day and night on the strength of his belief that he had put India in the global orbit as a great power, playing the role of a great leader mobilising world opinion. Dr Dutta pointed out that Nehru took pride in projecting India as a cultural power and a developing economy in a strife torn world yearning for peace. “He made two important policy statements for India that India would carry on with nuclear research for peaceful purposes totally avoiding the path of Nuclear
Armament. Secondly, he made it clear that Communist China should be recognised as the true representative of China in the UN as the legitimate member of the Chinese people and occupy a seat in the Security Council but he did not put enough importance on India being the World’s largest democracy being present in the Security Council,” he said hinting that Nehru rather chose to see the other side despite his mistakes.

Quoting Dr S Gopal, he said “He (Jawaharlal Nehru) rejected the Soviet offer to propose India as the sixth permanent member of the Security Council and insisted that priority be given to China’s admission to the United Nations”. The blunder called Nehru rejected a permanent seat in the Security Council, offered by USA and Soviet Union in 1955, saying that the seat should be given to China reported The Washington Post in 2010. While reading Nehru’s reply to a short notice question in the Lok Sabha on 27 Sep, 1955 by Dr JN Parekh, “There has been no offer, formal or informal, of this kind. Some vague references have appeared in the press about it which have no foundation in fact. The composition of the Security Council is prescribed by the UN charter, according to which certain specified nations have permanent seats. No change or addition can be made to this without an amendment of the charter. There is, therefore, no question of a seat being
offered and India declining it. Our declared policy is to support the admission of all nations qualified for UN membership.”

“Nehru was eloquent explaining the difficulties involved in admitting a new member by way of displacing Republic of China (Taiwan) which had a Veto power,” said Dr Dutta, “instead of being eloquent in making a demand that India being the world’s largest democracy be included in the Security Council to make it truly representative even by expanding the membership through necessary amendment in the UN charter,” adding that these policy blunders relegated South-Asia to “Strategic un-importance during the cold war”. The former parliamentarian researched that even more intriguing is the fact that Nehru did receive a warning about the implications of Chinese entry into Tibet in a letter written by Sri Aurobindo on 11 Nov, 1950, 23 days before his passing away, giving a lucid analysis of the political dynamics of Sino-Indian relation. Aurobindo wrote, “The basic significance of Mao’s Tibetan adventure is to advance China’s frontier right
down to India and stand poised there to strike down at the right moment... Unless India precipitately declares itself on the side of the Communist bloc, it is a threat to all our ideals and aspirations”.

When this letter of warning about China from Aurobindo was shown to US President, JF Kennedy by Sudhir Ghosh, Nehru’s emissary, the president was amazed that it came from a sage who had not stepped out of his room on the first floor of the Ashram at Pondicherry for 24 years. “Ten years later, China started attacking India’s borders– now manned (earlier un-manned) and in 1962 China launched a full-fledged attack on India. A helpless India sought US support. China withdrew but held on to the Aksai Chin which the British had left for India for the strategic reason of protecting the buffer status of Tibet. In 1963, Mao announced his nuclear policy saying China refused to be bullied by any power and would go nuclear. All these developments shattered his policy premises and a heart broken Nehru died two years later,” said Dr Dutta.

17 Aug 2015 - 11:42am | AT News
The campaigning for the Tiwa Autonomous Council polls slated for Wednesday is set to end on Monday evening. The campaign will close at 5 in the afternoon.  Led by TAC CEM Rama Kanta Deori, the...