Focus now on: Will Modi deliver?

With the biggest event on earth coming to an end the stage is now set ostensibly for the NDA to take over the reins at 7 Race Course Road, New Delhi. The exit polls that are doing the round now is just a precursor to a possible BJP led government at the centre. This is going to be the best ever show by the saffron party and worst ever by Congress. In fact, after Rajiv Gandhi the country may well be giving the strongest ever government in BJP post May 16. And what else can be expected from the electorate if it empowers the saffron brigade – at which they are looking up as the best alternative – a full majority. If this proves to be true then the stitching and horse trading that is associated with coalition government formation may well be avoided and the country will get a strong and stable government, which is the crying need of the hour. The amount of name calling, polarization the electorate have witnessed during campaigning is all buried now. The focus has suddenly shifted to the outcome because during election political parties may differ but after election it is the responsibility to work together. And as noted columnist MJ Akbar says, “Elections are as much about punishment for mistakes as hope for the future. Punishment ends on voting day; hope begins with the results.”

The one man rigorous campaigning by the BJP, centred around its Prime Ministerial candidate Narendra Modi similar to the US election campaign on Barack Obama, on the ground of “good governance” and “development” has been responded with zest and vigour by the electorate with their largest ever turnout across the length and breadth of this country. Such is the need for change that the northeastern region which has traditionally been regional parties and Congress stronghold, now the exit polls predicts that the BJP may bag 50% of the 25 seats in the eight regional states. The party fought this election on a vision as to how the 21st century would be for India targeting mostly the youth – what they want, their expectations and the rest of it. The youths of India constitute the maximum electorate. And going by the exit poll verdict emerging, the BJP agendas has paid off since the electorate have not questioned their issues of election and reciprocated with thumping numbers in voting. One of these polls even said that voters under various age groups from 18 years onwards prefer BJP over Congress, that is, Modi over Rahul Gandhi. The country today urgently needs to be relived from a dynastic set up.

The focus will now automatically shift to delivery and there will be high expectations. Such hopes emerges from a preceding rank misrule, that the Congress led UPA government met upon the countrymen in the last decade, and there will be comparison in each and every sectors of governance because the electorate would expect the new government to address all those issues that the predecessor government have either failed or deliberately deprived them. As Modi himself said in a recent interview that the public of the country have given support, not arrogance, and now it is about serving them. This is also a historic opportunity for the BJP to set things in right place because their future will depend solely on the “good governance” and “development” that they have been talking about. Any deviation will not take much time for the electorate to change their views.

It is expected that if Modi assumes power as the next Prime Minister then he would bring in the same level of delivery and governance that he has done in Gujarat. What he has done in this Western Indian state is not possible without farsightedness, planning and focus. All this will be replicated at the national scenario now with a highly efficient team is what the electorate is eyeing now. The Gujarat Growth Model rightly deserves to be the National Growth Model. With globalization governance too took a paradigm shift as it is about broad-based, decentralised and reflected at all levels including especially at community level that is hinged in local responsibilities and accountabilities. He led a thoroughly professional team in his state government unlike the globe-trotting Congress ministers of Meghalaya, Karnataka, Assam and other states. We don’t need an Amethi Model of mal-governance where school buildings are collapsing, public toilets are not in place, no road infrastructures, health facilities and what have you to define this Congress bastion. That a constituency, which has returned Congressmen faithfully elections after elections, can be rejected in such a manner is unbelievable and who knows this better than Rahul Gandhi himself. His recent poll code violation moves in poll booths in his constituency is an indication that he is seriously foreseeing his fortunes dipping in an era of Modi euphoria.

A leader is known by his vision and Modi is eagerly waiting to deliver those practically. For the Eastern Region of India, he said that Kolkata has to be developed and made vibrant so that this entire region can benefit. The port city has a significant role given its strategic location and could have played a major hub for this region. He said that if Kolkata is not developed than not only Bengal but entire eastern region will suffer. His vision is that cities like Patna, Ranchi, Bhubaneswar, Guwahati has to be developed in a big way. No other Prime Minister has spoken about this region so broadly in the past than Modi whose own home experience in Gujarat shows that West Bengal can actually become the next Gujarat of Eastern India. Likewise from a national perspective his priority will be to create more jobs for the unemployed youths. Modi has said recently that the priority of the country is job creation through implementation of policies et al and gave an example that if umbrellas comes from abroad then what will happen to the umbrella manufacturers in the country.

The ever volatile relationship with Pakistan has become a thorn in India’s Foreign Policy. But Modi is clear on his take on Pakistan. “Can one hear someone talking amidst sounds of bomb, gun and pistol,” said a straight and conservative Modi. His observation is that if the country looks strong, neighbours and atmosphere will also change. There are firm convictions about Modi’s delegation simply because a person cannot just create a national belief of this magnitude to grab power. After all, a person who leads an astute political and social life, having travelled extensively throughout the country in the course of election knowing its pulse, as Editor and Novelist NV Subramanian writes, “... his whole energy will be devoted to the country’s path to greatness.”

24 Feb 2014 - 8:54am | AT News
A massive security is in place in Guwahati to foil the KMSS agitation for land pattas to the people living in the government land.Security forces are fanning atop the hills areas in the city looking... 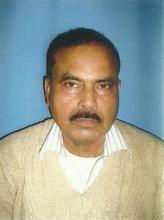