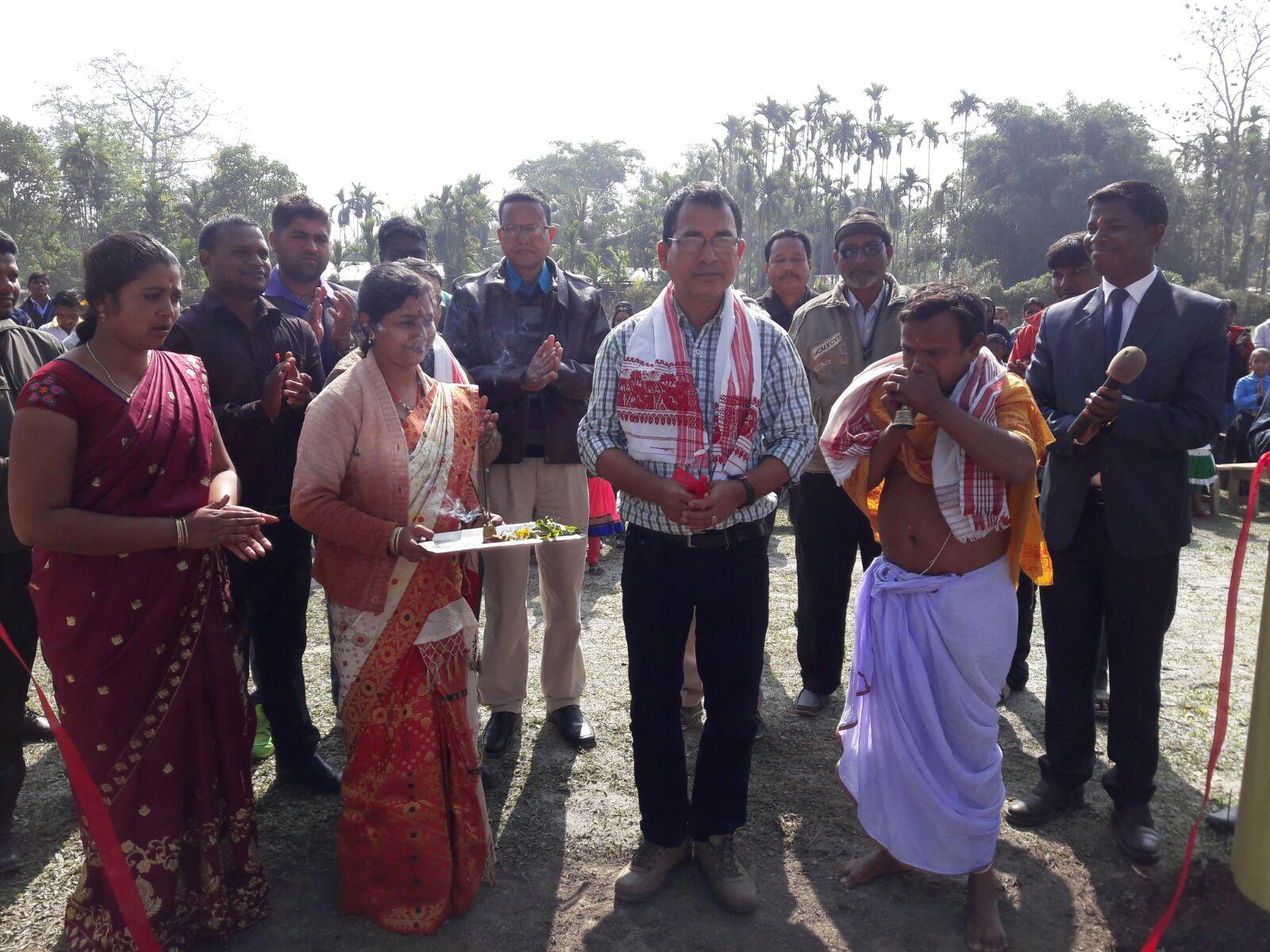 The new building of Bright Star School,situated in remote Hatigarh in Udalguri district was inaugurated recently on January 25 with day long programme.It needs mention that Hatigarh has been famous for tea garden and “Human-elephant conflict” for long years. The new building and school premise was formally inaugurated by J.K.Das,president,Udalguri District Journalists' Union at 11-30 am in presence of hundreds of students,teachers,guardians and distinguished people. Ranjit Tanti,Principal of the school ( who had been working as the president of ATTSA,Udalguri) introduced and welcomed distinguished people with gamochas.On the occasion, principal Ranjit Tanti spoke on the activities of the school which was established in 1992.He thanked the people of Hatigarh for offering them the school building and school premises,which had been once used by Hatigarh HS.He said his teachers would do best to impart good education including moral teaching of ethical values,teachinf of science and technology so as to remove blind believe and superstitions from the minds of people for a good society.The inaugural ceremony was also addressed by Sohrab Ali,Officer-in-Charge,Paneri Police Station; Mahesh Chandra Baishya,President SMDC;Abdul Rahman, HM, Hatigarh HS;Naresh Kalita, Bhaben Tanti etc.Amit Kumar Tanti,President,ATTSA,Udalguri district committee attended the inaugural ceremony as the invited guest.

29 Mar 2020 - 5:49pm | Siddharth Deb
Silchar: Ever since the lockdown has been imposed, this question has been constantly doing the rounds in the minds of the parents that, what can you do during a lockdown? To ensure that these...

3 Mar 2018 - 4:27pm | AT News
SHILLONG: Meghalaya’s power plays draws no less attention of the political strategies since Congress is emerging as the single largest party even after it falls short of nearly 10 seats to cross the...