A legal awareness meet was held here at Basic Training Centre, Raha on the occasion of National Legal Service Day on November 9. The meet was organized by International Computers, a computer instititute and an NGO, in association with Legal Aid Centre , Nagaon.

Dr Nirala Devi, Principal, Basic Training Centre , presided over the meeting which was attended by a large number of public.

Ganga Ballav Goswami, distinguished lawyer of Nagaon in his speech introduced the public, attended the meeting,with the Domestic Violence Act, Right to Education Act, Child Labour Act and free legal help available for all by various government agencies and NGO’s. He said that every woman can feel safe if she has a good knowledge about the Domestic Violence Act. He further said that it is everyone’s duty to report to the administration or police station if anybody or any organisaton is found violating the Child Labour Act.

Kumud Chandra Bezbarua, advocate, in his speech, said that Domestic Violence Act does not help only the woman class of the society but the man too. He urged all to get the benefits of Right to Education Act so that no child could remain illiterate. He said that anybody,if wish, could take legal help free of cost from New Building, Nagaon Court, Room no.24. 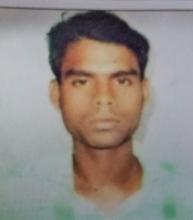 26 Dec 2014 - 11:43pm | AT News
NDFB-S rebels are believed to have engaged in a heavy encounter with security forces in Chirang district on Friday. According to reports, the militants hurled grenades at a group of SSB jawnas...