Citizens’ First , an NGO has demanded the land vacated by shifting of Guwahati Central Jail from Fancy Bazaar area of the city to be converted into a freedom fighters’ park with green coverage and installation of Martyrs’ column.

In a memorandum submitted to the Assam Chief Minister, Tarun Gogoi recently, the NGO President Jagannath Chakraborty, Working President Ajoy Dutta, Ex-MLA and General Secretary Jagannath Das have urged an important issue relating to utilization and preservation of 64 Bighas of land vacated by shifting of Central jail from the city to outside.

The memorandum pointed out that the Fancy Bazaar and surrounding areas in the midst of the city have become more congested and crowded due to allowing construction of multistoried and high-rise buildings in its nook and corner. Roads of the area are also not sufficiently wide for safe and smooth movement of the citizens. There is no open space to take breadth. It has come to the notice of the organization that the land of the Central Jail, Guwahati, is going to be handed over the Guwahati Metropolitan Development Authority. Therefore the organization has thought it proper to bring this suggestion.

During the Independence movement of the country many freedom fighters were jailed in this Central Jail. Even the leaders of the first Refinery movement were also put in this jail for months together. Nobody can deny the sacrifice of those great leaders of the state. The NGO has felt that there is utmost need to preserve the memory of such great ‘Sons of the soil’. Therefore, it has suggested that the entire land of the Central Jail should be utilized as Freedom Fighters Park, with a big ‘Martyrs’ Column’ in the memory of martyrs of freedom struggle. Entire available land should be made green with fruits and flower bearing trees. The administrative building and boundary walls of the Central Jail should be preserved as ‘heritage site’. The name has also been suggested for the park as ‘Gandhi Maidan’.

It is a fact that all urban centers large or small require open spaces with abundant green cover to act as lungs, such areas help in reducing air pollution and make cities and towns more live able. Guwahati city with its unimpeded and largely haphazard growth is well on its way to becoming a more problematic city. Today open space in the city has become scare. At present agents of the land brokers, builders, middlemen, land mafias, are creating more problems with the available land in the city and the surroundings. There is need of strong state action against such elements, which are making the life of the common people most miserable, the NGO’s memorandum has added.

It has further mentioned that in case of natural disaster like earthquake, only available open space can give relief to the victims of such calamities. Government agencies also cannot deny the need of such open space in thickly populated city like Guwahati. Therefore the construction should not be allowed in the jail land. No permission should be given to any business house to open their shops or other establishments on the jail land. The encroached jail land should be made free from the clutches of the encroachers. The area outside the Central Jail may be utilized as parking space.

The Citizens’ First, has appealed to the Chief Minister to take immediate measures on the issue in the better interest of all sections of the society considering the ground realities of the situation. 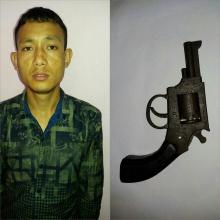 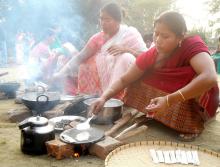