Baihata Chariali Police today apprehended two NDFB cadre from Baihata Chariali. Police has recovered one 9mm Pistol and 7 live rounds from their possession. Names of both the ultras are yet to be disclosed.

Permalink Submitted by Reality Bytes on Sat, 29/08/2009 - 01:00
Why only NDFB, NDFB, ULFA, ULFA all the time? A few days back two MULTA (Muslim Liberation Front of Assam) terrorists were nabbed in Dhekiajuli. Why has that news not come up? It seems the MULTA men have been released due to political pressure.

11 Mar 2014 - 12:52pm | AT News
Congress leader Dr Pervez Ahmed is likely to join AIUDF to be fielded in the upcoming Lok Sabha polls.This was what AIUDF sources told Assam Times on Tuesday. AIUDF is actively considering ticket to... 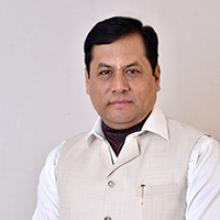 15 Dec 2017 - 5:14pm | AT News
NEW DELHI: Chief Minister Sarbananda Sonowal said Assam will be a major south east Asian destination for foreign investment when the north eastern state is hosting the global investors’ summit in the...