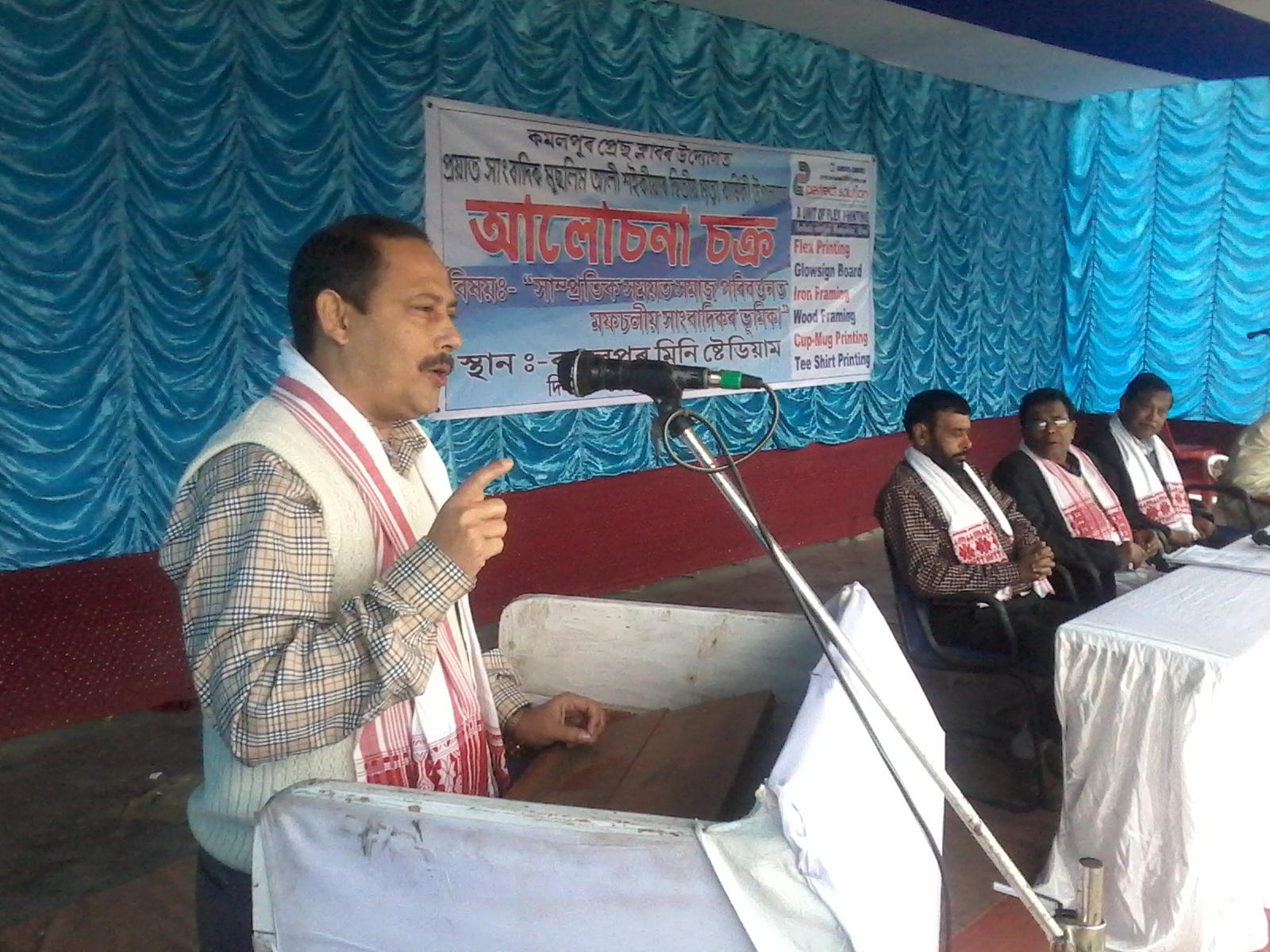 2nd death anniversary of journalist Muslim Ali Saikia was observed by Kamalpur Press Club on February 14 last at Kamalpur Mini Stadium at Kamalpur in Kamrup district. On the ocassion the flag of the press club was hoisted by Pradip Kumar Bharali, Senior journalist. Tribute to Journalist Muslim Ali Saikia was paid by family members of the deceased journalist. A seminar titled " Role of rural Journalist in social change in present situation" was also organised on the ocassion under the presidentship of senior journalist Pradip Kumar Bharali. Addressing the seminar noted Journalist and Secretary of the Guwahati Press Club Nava Thakuria remarked that jouranlists should try to bring positive change in the society as a whole. He also asked journalists to ensure balance reporting. The seminar was inaugurated by Samindra Nath Deka, Principal of Kamalpur H.S. School. Naresh Sharma, noted social worker also addressed the seminar.

5 Jun 2008 - 6:59pm | Dibya J Borthakur
NH 37 was blocked by local people, AASU and other organizations against the proposed decision of the government to move the Fishery College at Roha to Kachmari, a sub-urban area of Nagaon district....

22 Jun 2014 - 8:46am | AT News
Normal life in many parts of Guwahati has come to a grinding halt following massive water logging from Saturday night after heavy downpour lashed the city for several hours. Parts of the busy RG...