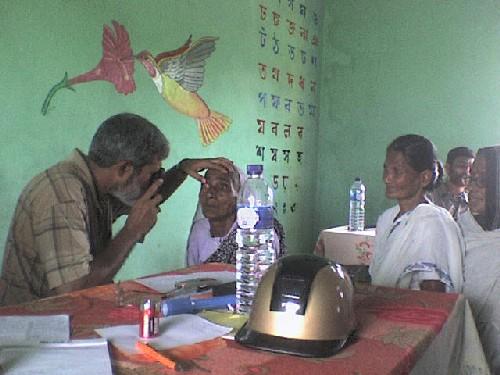 A free eye check up camp was held at Borka Late Padma Dutta Memorial Library in Kamrup district of Assam on April 20. The Camp was organised by Dr. Akhtarul Islam, an eye specialist of Baihata Chariali. About 120 patients were treated in the camp. The main aim of the eye camp was to provide eye treatment facilities to poor and needy people residing in remote areas. The camp was managed by Dadul Islam, Subha Ram Das, Abdul Rachid, Ugra Deka, Balen Deka, Bhupen Sarma, Bhaskar Deka, Arabinda Deka and Dimbeswar Sarma. Medicines worth Rupees 2 lacs were distributed in the camp.

No let-up in flood woes

26 Aug 2014 - 11:15am | AT News
There is no let-up in the flood fury that has claimed 7 lives apart from rendered over ten lakh people in fifteen districts homeless  during this week. The Brahmaputra and its...