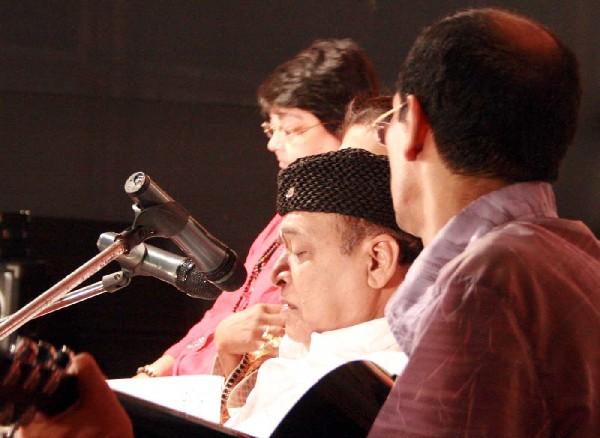 In connection with Rongali Bihu, a cultural organisation of Nagaon "SRISTI" organised two days programme 'Basanta Utsav 2009" at Nehrubali, Nagaon on May 22 and 23. On the first day, a bike rally was organised. On the 2nd Day, a cultural programme held in the evening which was graced by Dr. Bhupen Hazarika. Dr. Hazarika was felicitated with Sarai & Gamusa by the organising committee. Moreover the President of Nagaon District Freelancer Journalists' Association honoured Dr. Hazarika with Sarai. After the felicitation programme, Dr Bhupen Hazarika decorated the whole atmosphere with his melodious numbers. On that programme he also released a souveneer "SRISTI". About more than 10,000 audiences gathered in the programme to hear the voice of Dr. Hazarika. Later on, the throbbing heart of Assam, Zubin Garg presented his numbers who was also accompanied by Jublee Baruah.

27 Jun 2010 - 1:59am | Jayanta Kumar Das
The alarming increasing rate of trafficking of children, adolescent girls and women has now been considered to be the most important social problem of not only Udalguri but BTAD districts as well.the...

Admissions for Northeast Student in DU

19 Jun 2012 - 11:14pm | Swapnil Khound
There is excellent news for all the Northeast student - Delhi University has set up a unique cell with student counselors for helping the student of Northeast. The cell is being carrying out on both...