Now since Lok Sabha polls are over and the people have given their verdict, it is time to think over the positive approaches towards the country’s develop0ment. United Progressive Alliance (UPA) has succeeded in retaining power despite a number of allies rejected by the electorates. This election has given a clear picture of ‘opportunists’ sharing power with intention to enrich their families and accumulate more wealth for themselves at the cost of the people below the poverty line (BPL). Such people were spread throughout all the regions of the country. Despite most of them thrown out of power, some of them are trying to come back by any means. The new government coming in power under the able leadership of Dr Man Mohan Singh is fully aware of their intention and has already decided that those who left his party’s alliance before the elections could not be taken back at any cost.

According to media expectations, the main contest was between the two groups, the United Progressive Alliance (UPA) and the National Democratic Alliance (NDA). The exit polls showed the neck to neck contest between these two alliances.

In the meantime the Third Front led by the Leftist parties emerged with bold speeches of their leaders that no government can be formed without their help. Not only that, this Front also announced that it would form the new government at the Centre and invited the alliance partners from other regional parties to join the government. To some extent they succeeded too, but the ‘opportunists’ escaped and the heavy weights in Uttar Pradesh (UP) and Bihar, namely, Rashtriya Janata Dal (RJD) supremo Laloo Prasad Yadav, Lok Janasakti Party (LJP) leader Ram Vilas Paswan and Samajwadi Party chief Mulayam Singh Yadav joined hands and formed the Fourth Front seeking major role in formation of the government.

Interestingly, a number of names were ‘aired’ as the candidates for the post of prime minister. The Bharatiya Janata Party (BJP)’s prime ministerial candidate Lal Krishna Adwani was already in waiting. The names of UP chief minister, Mayawati, the Nationalists Congress Party (NCP) president, Sharad Pawar and RJD chief Laloo Prasad Yadav, also came up with big bang for the post of premiership. Their dreams could not be fulfilled. The electorate fully aware of their intentions rejected all of them.

The Congress party decided to form the new government with the help of pre-poll allies and those who left the UPA and formed new alliances as Third and Fourth Fronts could not be taken back. This decision has made the ‘opportunists’ much scared as they had never been ‘honest’ in their works and loyalty to the government. The new government does not require their support as it has gained the support of its pre-poll allies and moreover the Congress Party has already improved its position in the areas where its performances were not satisfactory during the elections of 2004. Interestingly, the Samajwadi Party, Bahujan Samaj Party and Lok Janasakti Party have announced their unconditional support to the new government even when the ruling party does not require it. The recent Lok Sabha polls have proved that the democracy in India has deep roots and the electorates are fully matured.

26 Nov 2016 - 6:35pm | AT Kokrajhar Bureau
A Swedist tourist expressed his happiness and attraction over seeing Golden langur, a rare species found in Chakrashila wildlife sanctuary in Kokrajhar district. Fedrick, a Sweden tourist, who is... 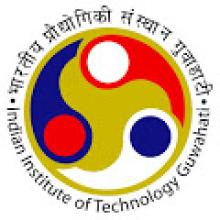