Goyal’s budget: cheers for some sections of people 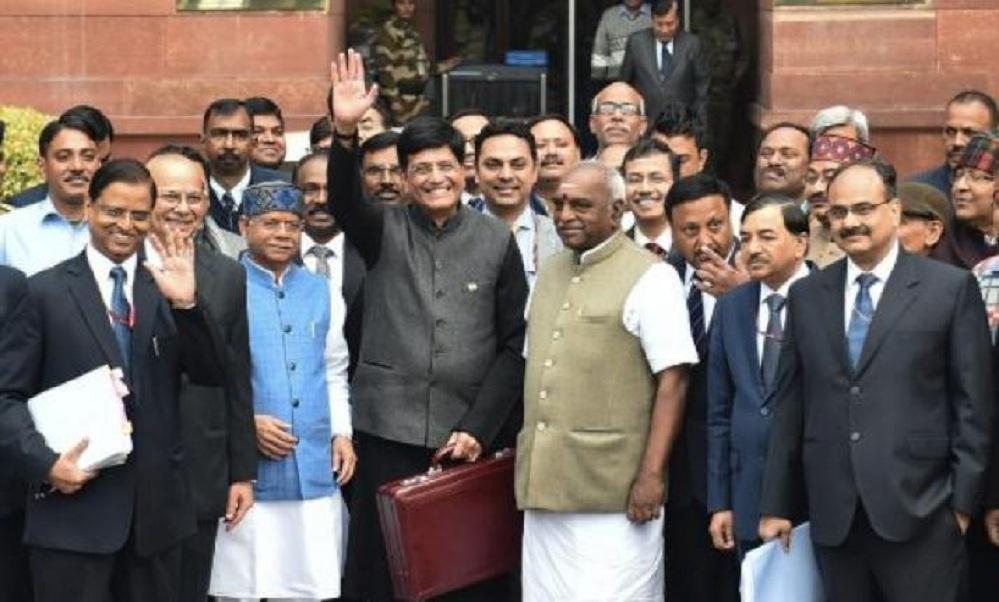 It is a tradition in the country that an interim budget excludes announcement of any kind of new policy or policies. But this time the NDA government at the Centre’s interim budget, which was presented in Parliament by Finance Minister Piyush Goyal on February 1, has been seen as a deviation from that tradition. Like a full-fledged budget it has tried to present a picture of better future in front of the country through envisaging a slew of new policies. In addition to this this budget could be considered as an attempt to placate some sections of the society like the middle class, the poor and the youth who have been implicitly or explicitly expressing displeasure over the economic policies of the Narendra Modi government. For PM Modi or the BJP this budget was the last chance to regain trust of these vast sections of people ahead of the upcoming Lok Sabha elections. Hence, the government has taken last recourse at the budget to stop the slowly blowing anti-incumbency wind and that is the prime reason the NDA government turning the interim budget into a full-fledged budget.

This budget will mostly benefit the middle class or salaried people as the exemption of income tax limit has been hiked to Rs. five lakh for the fiscal year 2019-20 from the current Rs. 2.5 lakh. This way the Modi government chooses to ripe electoral dividend in the upcoming Lok Sabha elections. It is a fact that his government has done two major economic reforms in the country- the demonetisation and the bringing of the Goods and Services Tax (GST) regime. But the government is yet to convince large section of the people how could these reforms in the economic front benefit the country. The government has been claiming that demonetisation helped increase the income tax base in the fiscal year 2017-18. But it could not be the sole reason of surging of the income tax level in the said fiscal. Another factor, which also helped increase the income tax base, was undoubtedly the government’s reluctance to hike income tax rebate in the 2017-18 budget. The government abstained from giving such relief to the salaried class even after the implementation of the Seventh Pay Commission’s recommendations. Likewise, the government could not highlight any convincing major gain by the rolling out of the GST.

The NDA government prepared the interim budget at a time when the BJP faced elections debacles in three Hindi heartland states namely Madhya Pradesh, Rajasthan and Chhattisgarh. Indeed, these polls debacles signified the failure of its temple and statue politics. As such, the government machinery had to prepare the budget under tremendous pressures. Had it not asserted relief to the salaried people through the budget it might give grist to the Opposition’s’ mill to corner more the government or the BJP. This has been the reason behind the Opposition’s criticism about the budget becoming staccato. As for instance while former Finance Minister P Chidambaram termed the budget as a copy of the previous UPA’s budget, senior Congress leader Mallikarjun Kharge criticised it as the elections gimmicks of the BJP. In his budget speech, FM Goel tried to spread lots of positivity across the country. As for instance, the budgetary allocation for the North-east has been increased 21 per cent or to Rs.58, 166 crore for the upcoming fiscal year. The government has also tried to distribute freebies among the poor farmers.

The present state of the country’s economy could not be considered as good as debt burden over it has increased alarmingly. The 8th Edition of the Status Paper on Government Debt, which was published recently, revealed that the debt burden of the country hiked to more than Rs.82 lakh crore during last four-and-half years from Rs. 54, 90,763 lakh crore. Certainly, it has also mounted pressure upon the government like the NPA crises have panged the public sector banks. The recent data of the National Sample Survey Organisation (NSSO) about the employment statistics in the fiscal year 2017-18 of the country has also put pressure upon the government. Quitting of the Modi government’s posts by three eminent economists namely former NITI Aayog vice-chairman Dr. Arvind Panagaria, former Chief Economic Adviser Dr. Arvind Subramanian and the PM’s Economic Advisory Council member Surajit Singh Bhalla was definitely an embarrassment for the NDA regime. Apart from that the government is yet to deliver its poll promises made during the last Lok Sabha elections. Similarly, it has still not achieved significant success in some flagship programmes and schemes like Digital India, Make in India, Start Up India, and Stand Up India etc. Rather PM Modi has been reiterating his old promises of making India strong in all fronts. He is yet to reach the poor and lower middle class people. He also could not achieve commendable success in fight against the corruption or black money. Demonetisation, as some economists have viewed, could not eliminate corruption in the governments and menace of black money. Despite his promise of bringing back the black money stashed in some foreign banks by some dishonest and tax evader Indians, PM Modi has given back foot in this regard. However, the government has been seen successful in controlling the fiscal deficit which is now 3.4 percent of the GDP.

10 Dec 2012 - 4:45am | editor
Dispur turns into a security fortress with heavy deployment of security forces in the capital. Restrictions on the movement of vehicles have been enforced during the winter session of the Assam...

Modi: The man of issues

10 May 2014 - 8:32pm | Rajiv Roy
An essential facet of BJP Prime Ministerial candidate Narendra Modi’s campaigning is that he has addressed considerably on those issues on which no other political parties and their leaders have...