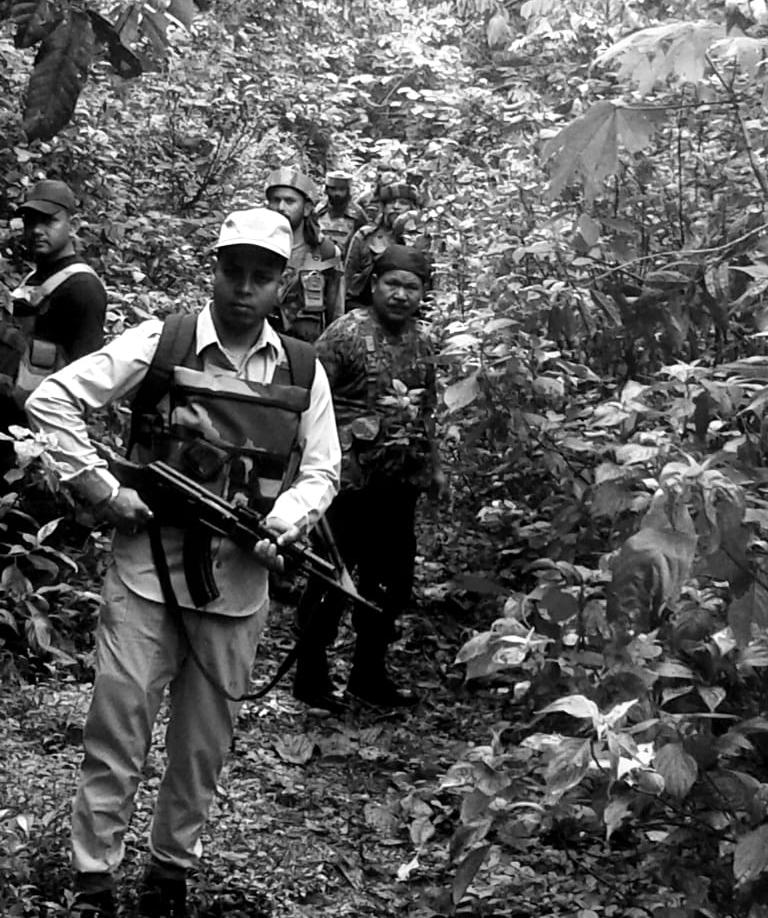 Young , hard working and gun trotting cop Bhaskar Jyoti Nath is known more as writer than a cop . Especially, in the aftermath of the publication of his debut book of literary criticism Path aru Bikshyan,  he has received critical attention from prominent literary luminaries of the state . As a cop he fights the dreaded militants in far flung forested himalayan foothills at Indo Bhutan border located fifty kilometre away from the district headquarters of Kokrajhar with his assault group of black cat Assam police commandos . When he gets time he pens critically acclaimed essays of literary criticism , translates the finest gem of world literature into Assamese. One would see him surrounded by books ranging from Classsic Illiad &Odyssey  , Edward Gibbon’s Decline and Fall of Rome to T S Eliot’s Wasteland  or Rumi’s Book of Love . 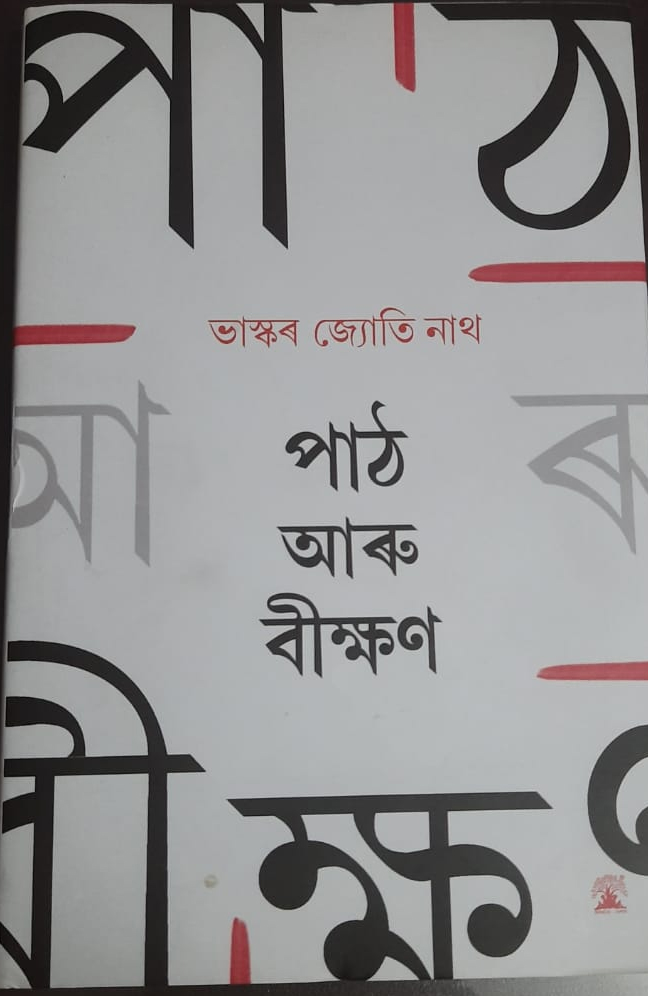 Literatute is deeply ingrained in his DNA . Master’s in English Nath has made his mark in Assamese literary criticism with his debut book Path Aru Bikshyan(Text and analysis) in 2019 and received wide critical acclaim from stalwarts like Professor Dr Hiren Gohain , Dr Ananda Bormudoi etc . He has been regularly writing in English and Assamese dailies of the state .  Though he used to write short stories irregularly, he is more keen to write non fiction literary prose . His first hand experience as police officer provides him the true picture  of social realties which in turn has enriched his craft in writing stories . Nath says , he joined khaki not by choice but circumstance forced him to be a policeman . There has been a strong legacy of serious writing in Assam police which dates back to early 19th century . He is considered by many noted persons as one of the most original and remarkable serious literary voices hailing from police . But Nath refuses stereotyping of litterateurs as police writers and staunchly opposes any attempt to view cop turn writers through lens . He says , “ I am a writer , policing is my means of livelihood only”.

Elucidating on his critical perspective , distinguished critic Dr Hiren Gohain remarks  in his column at Asomiya Khabar  that Nath’s “Path Aru Bikshyan” is a very independent work of autonomy , unlike other critics book is free from the shortcoming resulting from  biased parochial study . As Gohain has put it in his regular column in Assamese daily Axomiya Khabar “ Nath has voraciously studied the western and oriental literature and theories and he has made true understanding of it . Hence Nath’s scholarship is not marred by shortcomings of the influence of European canon”.

Literary criticism in Assamese literature is in a phase of transition .  Since the advent of modern assamese literature western literary canons have been the guiding light in Assamese literature .  Literary theories have undergone tremendous changes all over the globe exploring multiple possibilities  and questioning centrality in literary text . Meanwhile in India stalwarts of regional literatures viz Tamil , Bengali , Hindi are trying  to approach texts from a standpoint of their own , unlike western ideologues without much success . In such context , Nath’s Path Aru Bikshyan  has proved to be of immense significance .
.
Recent spree of post structural ideas and  chaotic mass hysteria surrounding it has destabilized the realm of literary criticism . In such critical juncture , Nath’s Path Aru Bikshyan  has ushered in a new hope . Acclaimed critic Areendom Borkotoki  has commented that Nath’s debut book has marked a new epoch in assamesguiding light in road , but not as his way. That’s why Path And Bikshyan is relevant and remarkable work”- says Borkotoki .e criticism , ushering new optimism and possibility .”

19 Apr 2011 - 4:32am | Manoj Kumar Das
The grand old organization of the Assamese community living in Delhi, the Assam Association, Delhi celebrated ‘goru bihu’ with gusto and fervour, only missing point was the...