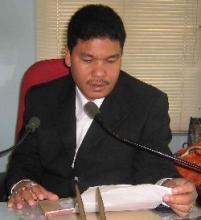 13 Aug 2017 - 10:10pm | AT News
Surging waters of the Brahmaputra threaten to submerge Nagaon town striking panic button among the citizens of the central Assam district on Sunday. The overflowing Brahmaputra waters breached a...