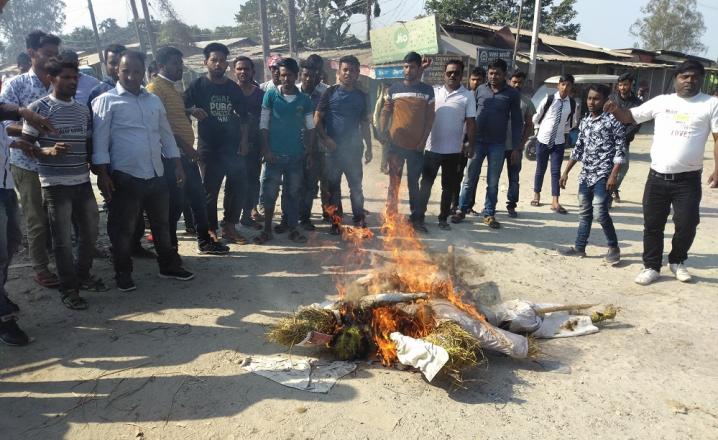 KOKRAJHAR: Normal life was paralised  in four districts of Bodoland Territorial Area Districts (BTAD) region on Tuesday due to 11-hour north east bandh called to put protest against the controversial Citizenship (Amendment) Bill which was tabled in Lok Sabha on Monday amidst strong oppossed from different corner.

The bandh was called by North East Students Organisation (NESO) along with 16 other ethnic groups in protest against the CAB which was started from 5am for 11-hour and passed off peaceful without any incidents.  The bandh evoke full response in BTAD four districts of the state of Assam with seeing closed of shop,marketing,bazar remained off.All kinds of road transport communication remained off since morning.The 31C national highway also look deserted.Several hundred truck,public passenger buses are reportedly stranded at various places across the area due to bandh.However,the truck and buses are given away escorts while passing the road during the bandh period.tion of the bill.