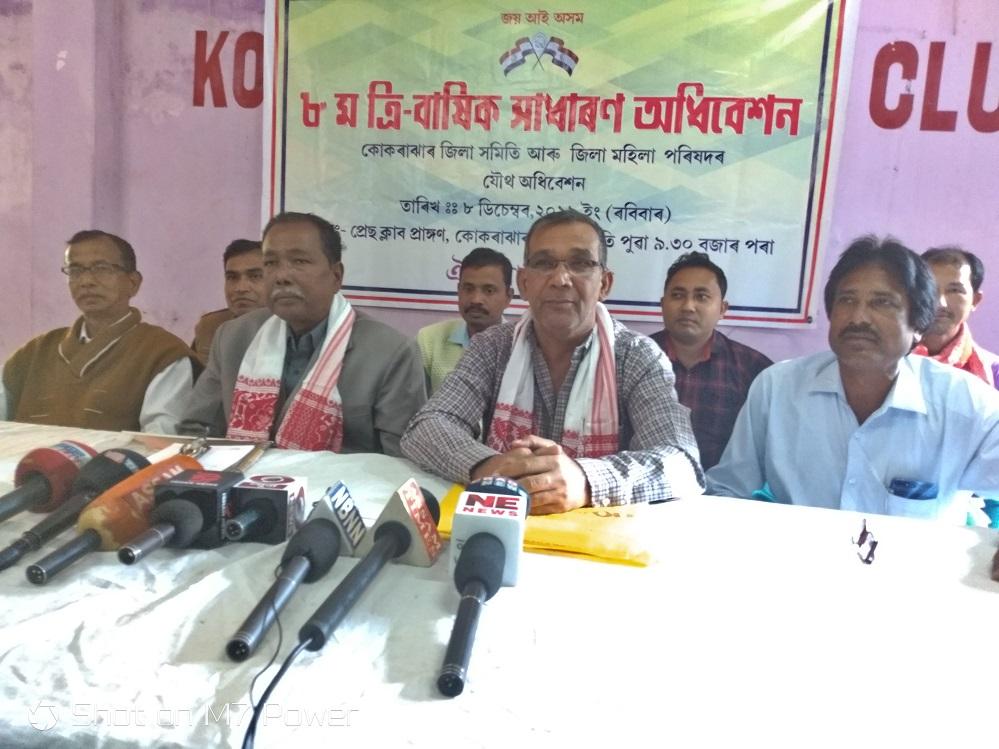 KOKRAJHAR: The ruling partner in the state alliance government, the Asom Gana Parishad (AGP) has said that the their party is going to participate in the ensuing 2020 BTC general elections.

Speaking the reporters at Kokrajhar Press Club on Sunday, AGP leader Subir Chakraborty told that his party was fully prepared to contest the council elections due in March-April 2020 under the alliance spirits of BJP-BPF-AGP in the state. He said that seat sharing discussion will be finalised in due time and party is getting several seats.

15 Sep 2017 - 2:33pm | AT News
In a historic move, the Assam government on Friday moved s bill in the legislative assembly to ensure proper care for the elders.  Moving the Bill on the floor senior minister Himanta...