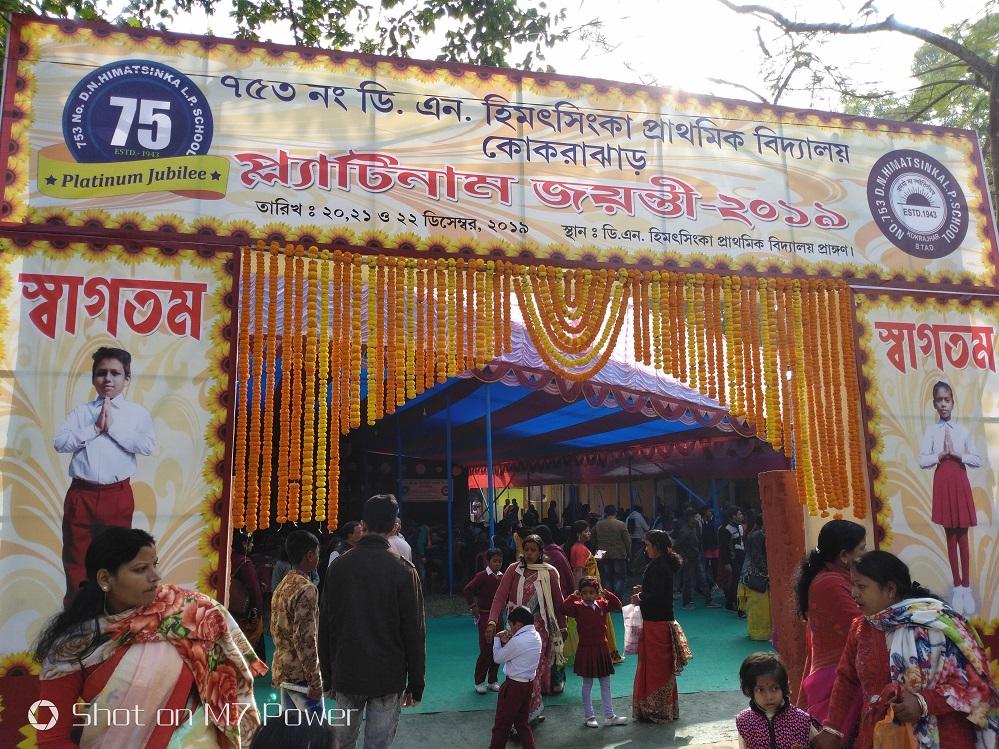 KOKRAJHAR: A three-day Platinum Jubilee celebration of the No.753 DN Himmatsingkha Lower Primary School, Kokrajhar has entered into second day on Saturday at its school premises. The celebration has witnessed various competitions like arts, cultural, literary etc amongst the students.

A cultural rally was also carried out to mark the grand celebration.

The school was established in 1943 to impart educational environment amongst citizens in Kokrajhar town and it's adjoining areas.

The school has been regarded as one of prominent schools in Bengali medium providing quality educational services in the region.

Presently,nearly 170 students are studying in the school.

Court to tackle menace of ccorruption

8 May 2012 - 12:43pm | Raktim Baruah
At last judiciary comes as a sole saviour of common people to save from the pang of corruption. Now onwards a special court will hear corruption cases of government officials as well as public...

17 Feb 2016 - 3:34pm | Prasanta Baruah
In a major setback for BJP two months before the Assam Assembly polls, the Asom Gana Parishad is set to reject the poll alliance with the saffron party. Talking to Assam Times a senior BJP leader...

7 Apr 2014 - 7:46am | AT News
Tezpur Congress candidate Bhupen Bora has casted his vote. Bora arrived in his booth in Bihpuria immediately after polling began at 7 in the morning.Bora is facing keen contest with BJP candidate RP...