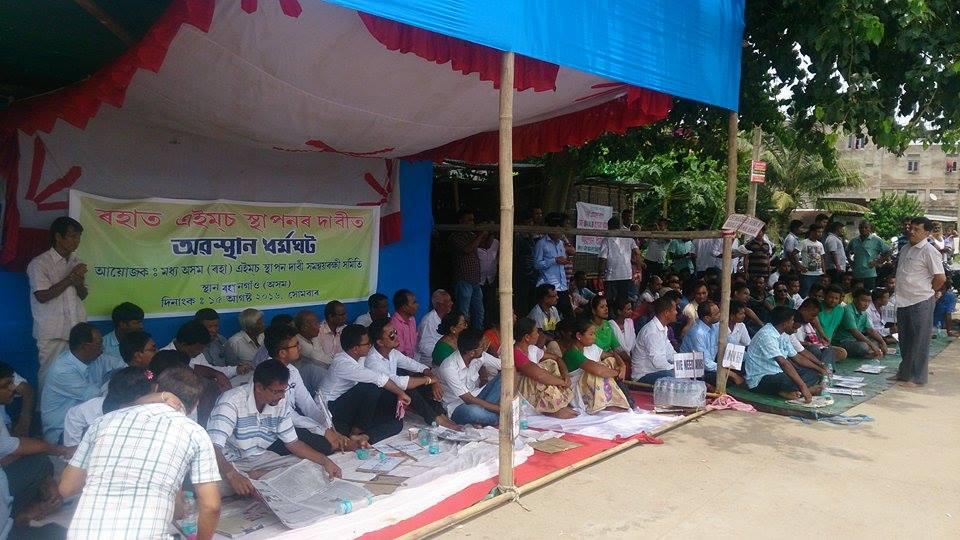 Raha keeps the government on pressure to ensure the proposed AIIMS in Central Assam. Hundreds of people staged dharna at Raha Chariali on Monday reiterating the demand saying that they would not compromise the demand.

Speakers after speakers here vowed to carry out the demand to mount pressure on Delhi and Dispur to ensure that the proposed premier hospital should be set up in Raha which is close to Chaparmukh Junction and it is not far from the Tezpur airport. They further urged the people and protesters not to allow the demand to divide the state upper and lower.

Notably, Assam Chief Minister Sarbananda Sonowal who assured the protestors that he would write to the Centre to take an early decision. But that has not happened forcing the people and organizations to take resort to a series of agitation.

17 Dec 2016 - 2:43pm | AT News
A moving train in Nagaon district crushed to death  three wild elephants sending huge shockwaves to the animal lovers.The shocking incident took place at Kampur area in the morning when a train... 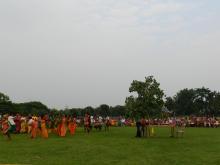