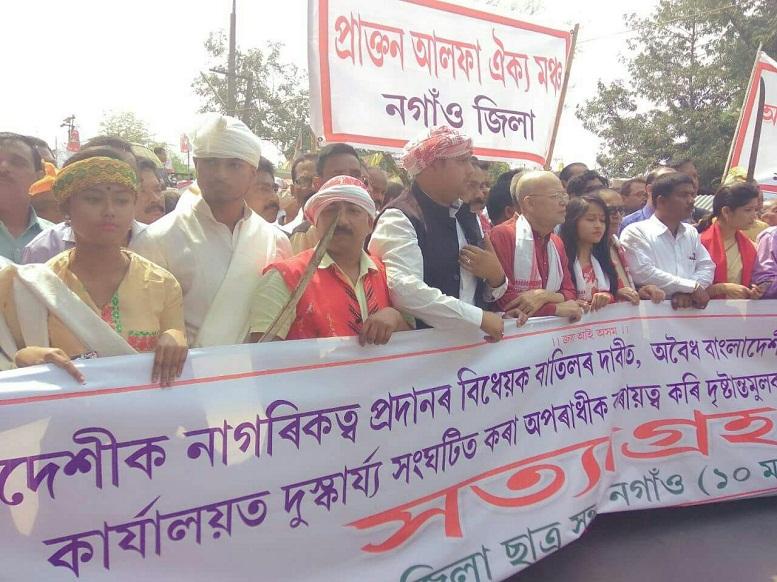 AASU’s 12 hour ultimatum is over. Soobodh Biswas is still on the run 5 days after he incited the violence in Silapothat where a local AASU office was ransacked. The state’s influential student body is on a statewide Satyagraha in protest against the failure to nab the Silapothar culprit.

AASU workers in the district and sub divisional headquarters started satyagraha from morning on Friday raising doubts over the sincerity of the government to hold Biswas. AASU served the 12 hour ultimatum to the chief minister on Wednesday.

13 Jul 2015 - 12:58pm | Dibya J Borthakur
Normal road service came to a grinding halt for several hours in Raha when thousands of people blocked the National Highway for not allowing to set up AIIMS in central Assam.With banners and festoons...