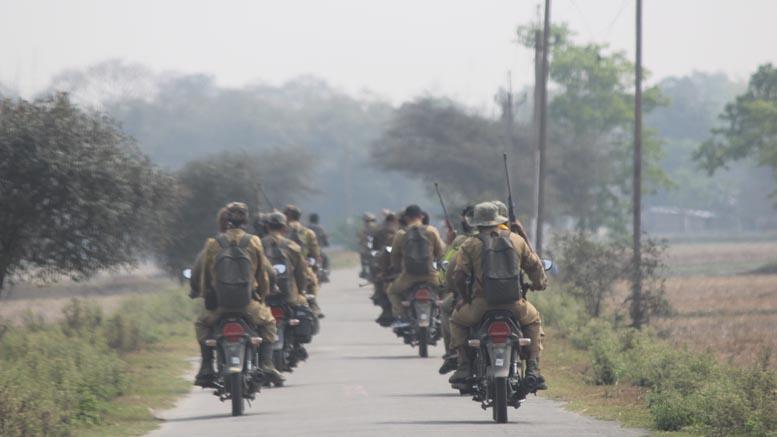 For the first time ever, forest guards of Manas National Park, will patrol on motor bikes instead of on foot! The Tiger Conservation at Manas National Park has unfolded a new chapter recently. Extensive and intricate patrolling at the deep heart as well as porous border of Manas is possible now, with the newly introduced Motorbike Patrolling.

“Earlier we patrolled on foot and could cover distances only as much our feet would allow. Now that we have motorbikes, we feel better equipped at detailed patrolling of the park”, says Forester MrinmoyHazarika, in a conversation with the Aaranyak team. While trainee Ansuma Brahma added, “We have patrolled 995 kilometres of the Bhuyanpara Range in just 2 weeks. This has been made possible only because of the motorbikes.”

Ten motorbikes were handed over to help towards smooth navigation in the strenuous topography of the park particularly in the Bhuyanpara Range Office. The motorbikes were formally inducted with flagging off by ShriAnindyaSwargowari, Council Head of the Department, Forest and Environment, Bodoland Territorial Council. This effort is initiated by Aaranyak and its partners to complement the long term investment in tiger conservation by the National Tiger Conservation Authority (NTCA) of India which has been supporting Manas since the initiation of the Project Tiger in 1973. The NTCA supports 49 such tiger reserves today across India.

"Manas has a potential to increase its tiger population to double in ten years and that motivates us to support capacity building of forest staff to ensure that human imprint in the park is reduced through efficient patrol. We thank our donors, IUCN-KfW for supporting such infrastructure to improve patrol by the frontline forest staff", says Dr. M Firoz Ahmed, Head, Tiger Research and Conservation Division, Aaranyak.

It is worth mentioning that 20 young and energetic men working for the park under the Forest Department and the NGOs ManasMaozigendri Ecotourism Society, ManasBhuyapara Ecotourism Society and Agrang Ecotourism Society, have gone through three weeks of rigorous training to improve their patrol skills. Apart from new motorbike patrol skills the trainees also learned use of GPS and Radio Handling, Compass Navigation, Map Reading, Basic Combat and First Aid skills, Crime Scene Investigation and Animal Attack Action, etc.

“Aaranyak was there, standing with us when Manas had fallen through bad times. It is still present with Manas and has been engaged actively to improve conservation scenario of Manas. And I am sure we will continue working hand-in-hand in the future, to restore Manas back to its past glory”, said ShriSwargoary in his encouraging speech. Expressing his team’s undaunted support for the cause of Tiger Conservation at Manas, Mr. R S Trivedi has promised access to basic military knowledge and resources as and when needed. Speaking on the occasion, Mr H K Sharma expressed that the trained manpower of twenty is going to deliver their best with the support being received from NTCA and Manas Tiger Conservation Program initiated in partnership with the leading organization of the country and abroad. He added that the results will be available soon from this new initiative and efforts. D.D. Bodoin his speech reminded the listeners of their roots in Manas and invoked in them, the most primordial of all loves- the love of nature. Mr. K Basumatary, Range Officer Bhuyanpara has expressed his happiness of having capacitated manpower and efficient infrastructure and particularly choosing the Bhuyapara range for this initiative.

The MTCP is a joint initiative of the BTC Forest Department, Aaranyak, Panthera, Wildlife Conservation Trust of India and Awely of France. Sponsored by the Integrated Tiger Conservation Program of IUCN, this program is also working closely with Bhutanese partners in a larger landscape called the Trans-boundary Manas Conservation Area (TraMCA). 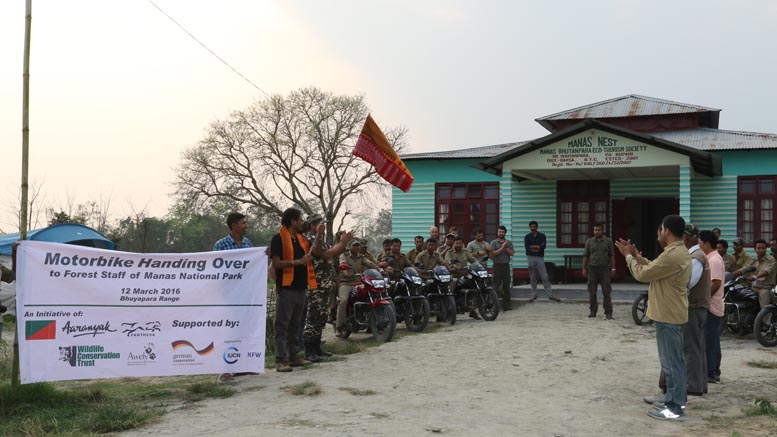 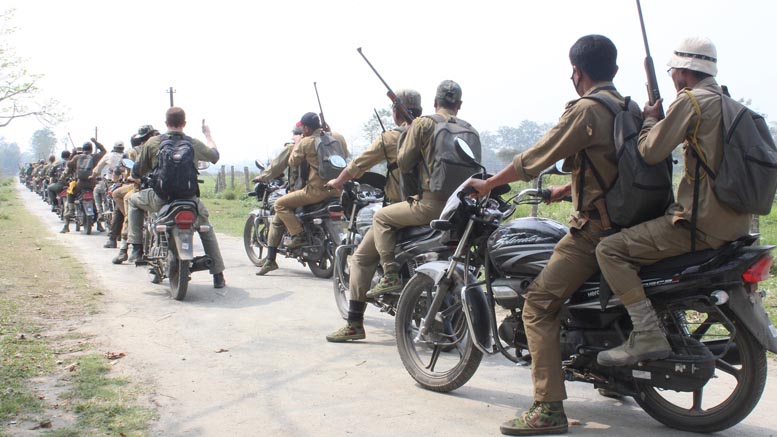 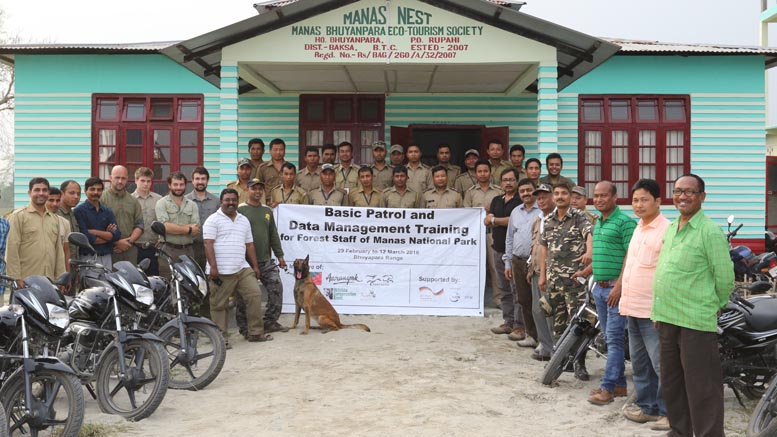