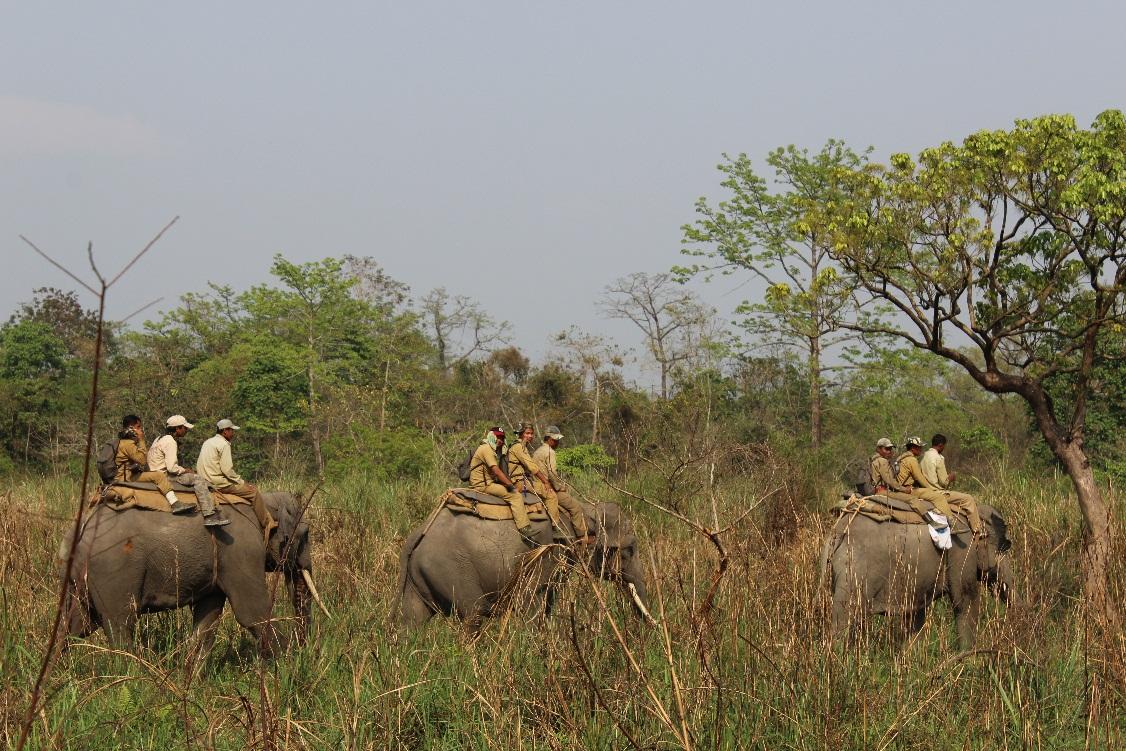 There is now a new ray of hope for tigers at Manas National Park, Assam. The first step towards conservation of an endangered species is a group of trained Forest Staff. The Manas Tiger Conservation Program (MTCP), launched by Aaranyak jointly with Panthera, Wildlife Conservation Trust of India, Awely of France and BTC Forest Department, promises to double the number of wild tigers at Manas in the coming decade.

As an initial step towards this goal, a two week long Training Program on Basic Patrolling Techniques and Data Management for the Forest Staff of Manas National Park was held at the Bhuyanpara Range from 29th of February to 12th March, 2016. Sponsored by the Integrated Tiger Conservation Program of IUCN, this program is also working closely with Bhutanese partners in a larger landscape called the TransboundaryManas Conservation Area (TraMCA).

"Manas has a potential to increase its tiger population to double in ten years and that motivates us to support capacity building of forest staff to ensure that human imprint in the park is reduced through efficient patrol. We thank our donor, IUCN-KfW and Panthera and other partners for supporting the event", said Dr. M Firoz Ahmed, Head, Tiger Research and Conservation Division, Aaranyak.

Site Security experts Craig Fullstone and Rob Pickles led the training, with support from biologists Nile and Adam from Panthera,while Vishal Bansod from Wildlife Conservation Trust, India, dealt with the wildlife crime aspect of the training. Twenty young men who work for the park under the Forest Department and theNGOsManasMaozigendri Ecotourism Society, ManasBhuyanpara Ecotourism Society and ManasAgrang Society, were selected to receive this training.The Training in itself was a perfect blend of classroom sessions, live exercises, role plays and extensive patrolling inside the park. Such a training definitely pushed the trainees beyond their limits, but at the end of the day, made them emerge as more skilled and confident comrades of conservation and protection.

At the end of the 13 days, the teams had alreadypatrolled 47% of the total area of the Bhuyanpara Range. At the same time using scientific tools, the patrol teams determined the areas of the park that showed greater signs of rhino and tiger activity; and also the areas that show greater human disturbances.

Training a group of young men on serious patrolling techniques, combat, first aid, animal attack, etc, involves a lot of active training. "It has been a wonderful learning with new tools and techniques offered by the experts and we look forward to implement the learning very soon", saidMrinmoyHazarika, Forester, Manas National Park.

“Anytime your people need a specialised training, or support with arms and ammunition, for the cause of wildlife conservation, my battalion will provide our full hearted support”, assuredMr. R S Trivedi, CO, 32 Battalion SSB . In a heart-warming speech, D.D. Bodo reminded the listeners of their roots and the most primordial of all loves- the love of nature; “If you love nature, you will do anything to protect and conserve nature”.

"The forest staff has learned a lot during the training and has covered a large area of the park which is very satisfactory and we shall provide all necessary support to this team of forest guards to continue their improved patrol" saidMr. H K Sarma, IFS, Field Director, Manas Tiger Project. “Bringing Manas back to original glory is the mandate and the Trainees have done excellent”, said Craig Fullstone, Panthera. "We are also going to support the Manas park authority with a sniffer dog from this year to help nab poachers", saidDr.Bibhab Kumar Talukdar, speaking on the day of inauguration of the training.

The future is starting to look bright for Manas National Park with the great shift in patrolling techniques and patroller attitude that has already been brought about by this training; and the specialised techniques that the module plans to introduce in the near future. “There is an increased sense of comradeship among the men”, says Niall. “I had seen Manas falling; and now I am seeing Manas slowly rising to its past glory. That is my dream for Manas,” commentedDr.Bibhuti P Lahkar, Manas Landscape Administrator,Aaranyak and Programme Coordinator (Asia), Awely.

22 Jul 2009 - 10:34am | editor
At least 132 persons were arrested for poaching 46 rhinos in Assam since 2006. This was what the government informed Lok Sabha on Wednesday. Replying to a written question, Environment Minister...