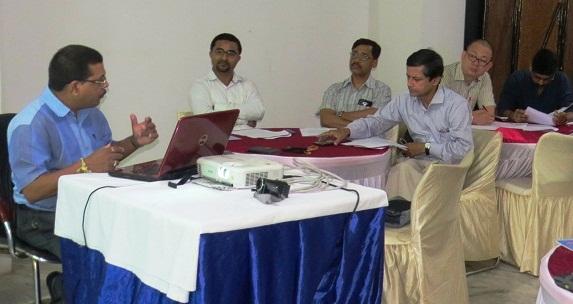 Assam’s rivers and wetlands which crisscross the state, may soon lose much needed protection under the Central Government’s new Draft Wetland Rules 2016. The Ministry of Environment and Forest, Government of India has recently released the Draft Wetlands (Conservation and Management) Rules 2016. To analyse the impact of these new Draft on wetlands of Assam, Aaranyak and ActionAid jointly organised a consultation at Guwahati today.

Today’s consultation recommended that atleast those parts of a river or rivers directly connected to Wetlands should also be recognized as part of Wetland ecosystem and provided protection. Apart from this, it was also recommended that in the context of Assam’s wetlands, the connecting channels must be accorded similar protection, maintenance and restoration. The new Draft rules fail to mention the list of prohibited activities which were part of Wetland Rules 2010, which must be rectified immediately with the re-inclusion of the list to protect Assam’s wetlands. Several categories of wetlands were provided automatic protection under a previous clause but these have now been removed from the new Rules, which also is objectionable and the consultation recommended re-inclusion of the Clause. Under the Draft Wetland Rules 2016, only selective Wetland would be accorded protection. The new Rules are therefore considerably weaker when compared to the 2010 version with an added Clause which states that ‘under special circumstances’ even these protection may be nullified!

“Such a Clause can easily open a portal of exploitation of Wetlands in Assam, and it is of utmost importance that under no circumstance is the Protection diluted,” Dr. Partha Das added.

The key note presentation was delivered by Mr. PrasannaBarua of Assam Remote Sensing Application Centre, Department of Science & Technology, Government of Assam. He provided an overview of the current status of wetlands in Assam and highlighted the challenges in wetland conservation.

The conglomeration of environmentalists, academicians, lawyers and activists gathered during the event also proposed the introduction of a Wetland Conservation Act , which would be much more effective than the newly proposed Wetland Rules. Traditional community rights also have to be retained, but without compromising on the delicate eco-system of existing Wetlands.

“Assam has more than 3000 wetlands under different categories and these wetlands are part and parcel of the larger eco-system. Gradual and changing ‘development’ work has led to degradation of important wetlands which also negatively effects communities around Wetlands. We urge the Central Government to consider how the new Rules will impact the communities and make these new Rules to be people-centric while keeping in mind protection of the larger eco-system of Wetlands,” commented SwapanSingha, Programme Manager, ActionAid.

The recommendations made during the consultation would be forwarded to the Ministry of Environment and Forest, Government of India. The participants included Mr. D.D. Gogoi, DFO, Guwahati WL Division, along with environmental activists, academicians, media persons, lawyers and students.

30 Jul 2014 - 8:48am | Raktim Baruah
National Youth Awardees from Assam is all set to start a new state level forum to address the issues related to young people in the state. Few meetings were convened in Guwahati to discuss the need...

9 Sep 2011 - 3:17pm | editor
Gautom Rajkhowagrajkhowa@rediffmail.comNabin nagar, guwahati-21 The giving up of 600 acres of land to Bangladesh shows what the coming days will be like for the state and the region. This is not a...

18 Jun 2017 - 12:55pm | AT Staff Reporter
The 10th Biennial session of All Assam Journalist Union (AAJU) session has commenced at Pachim Gabharu in Sonitpur from June 17th.The seesion has been organized by AAJU Sonitpur district committee....