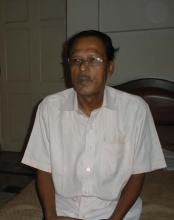 25 Apr 2013 - 9:32am | AT News
Health and education minister Himanta Biswa Sarma buys band name again after Saradha Chief claimed to have paid him Rs 3 crore.In a letter to CBI on April 6, Sen said, “another high level person who...