Can the Free Press be gagged? 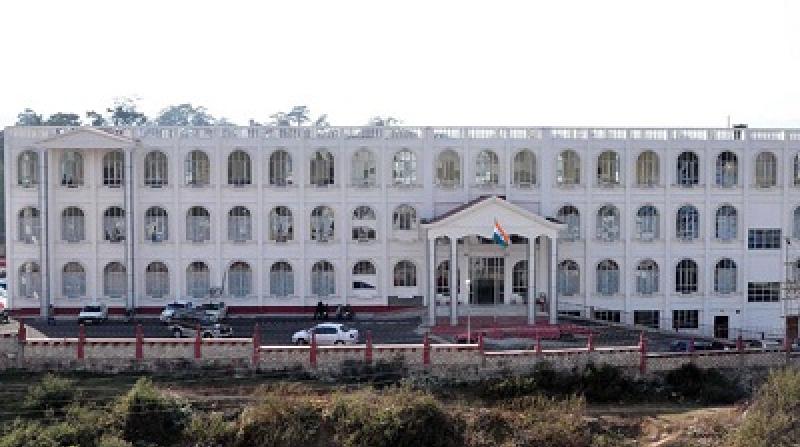 The recent Meghalaya High Court ban on coverage of calls for bandh, shutdown, hartal, road blockade and others issued by militant organizations, pressure groups and NGOs (Non-Governmental Organization) has put the fourth estate in a spot of botheration. The social media is aghast with the ban whereas the general public – who are the worst sufferers out of such shutdowns – hailed it. Interesting comments can be seen in the social media where there are opinions that people may be caught unaware about a proposed or effective bandh and rest of it, if that is not disseminated. Then there are also opinions about the judiciary infringing into the Free Press and exerting its authority on it. These versions are debatable since if a tourist, say, wants to visit this part of the country, they enquire in advance about the ground situation. Over these years of militancy, NGOs, pressure groups and the rest of it has created such a psychosis about this region in the minds of one and all elsewhere that despite the ground realities visitors makes it doubly sure before visiting here. Even the local tribal from Meghalaya who are settled in mainland follows the same trend since they too aren’t sure about the existing state. Moreover there are enough instances when strikes, rallies etc. were publicized in the media beforehand and yet people caught unaware. A prime example from recent history in this regard was the Khasi National Awakening Movement rally of 2013 when local tribesmen dressed in traditional attires attacked innocent tourists and traders in broad daylight in Laitumkhrah area of Shillong town. So what is this fuss about media dissemination?

About media’s rights being infringed upon by the judiciary it is a farcical opinion. The rights which the Free Press carries are not as fragile as the much touted “theoretical and imprisoned” matrilineal setup we get to see in Meghalaya that by not carrying some hoax messages, as termed by the High Court, it is going to be diluted. The writer have come across many media persons in the state including editors of dailies who are skeptical about such nondescript emails sent by organizations and groups and publishes them hesitantly. The writer is told that such practices of publishing emails as lead news in front pages of local dailies is not found or seen elsewhere in the country other than the Northeastern region of India. This practice of feeding verbatim to the press, sometimes even via sms, has spread like plague and it is indeed painful to see media houses embracing them despite being sent by some vested interest groups. Soon after the ban order by the High Court, this writer received several responses from the commoners. One comment came from an aspiring journalist who said that letters to the editor are dumped by local dailies since editors suspect their genuineness whereas these hoax messages finds place in front pages of dailies. So what trend are we setting here? Nonetheless, the uncertainty that loomed large over such messages and their publication have been put to rest and many media persons too along with commoners have hailed it since now there is clarity.

There were enough calls from citizens of Meghalaya to stop publishing calls for bandh, blockades etc. by organizations in the local media but those were never adhered to. And now when the state DGP (Director General of Police) had moved the High Court with a writ petition on which the court pronounced the ban there are questions being raised about the dilution of rights of the Free Press and the rest of it. Should it not have been prudent for the self regulating Free Press to ponder over these messages instead of giving publicity to the minutest of calls from any tom, dick, harry organizations, asks right thinking citizens of the state. Does it need rocket science to realize that had there been some thoughtful action then the move of the incumbent DGP could have been seen elsewhere. In fact these citizens and those from other northeastern states who are in Meghalaya on account of their occupation observed that it is high time that the DGP of their respective states take a leaf out of the Meghalaya episode and reciprocate the same back home. Some residents of Nagaland and Manipur observed that their DGP must initiate similar action to take on organizations verbatim to the local press. Is it not a type of holding the Free Press to ransom that if you want to remain in circulation then obey us? The irony is that these two states have no ban on coverage and relatively a peaceful Meghalaya has a ban in effect.

This development interestingly also brings in the statement by the incumbent state Chief Minister, Dr Mukul Sangma in the floor of the Meghalaya Legislative Assembly in the recent past when he likened the local media houses as mouthpieces of militant organizations in the state. The CM since then is facing a media vacuum but if two-legged snipers from the main civil secretariat are to be believed then he can’t be more dissatisfied with the development since the ban is in line with what he said. In a democracy every citizens have the right to give an opinion. According to canteen gossips and social media chats, there is another alleged version where many are of the opinion that the ban has been orchestrated by the government in power through the police chief. But the press fraternity here should not give too much importance to these issues since their freedom is not chained like that of the government which literally scrambles whenever the banned militant outfit HNLC (Hynniewtrep National Liberation Council) declares a bandh. Now with the ban in place it will be interesting to see what changes take place if there happens to be another bandh. The Free Press should be bold enough to scrutinize this. If there is any marked change visible sans coverage to such calls for bandh, blockade etc. then it should be understood that the media was the shoulder from which these organizations were shooting for so long. And if that is not so then the Free Press knows how to go about it. The press need not clarify that it is the mouthpiece of the people – who forms the greater civilization. Given the condition in Meghalaya with so many parallel governments in NGOs, district councils, student unions, pressure groups and what have they, one can only wonder the pandemonium around if there are no media here.

Swimming as a sports in Assam

28 Mar 2012 - 6:40pm | editor
Swimming is one of the most participated sports in the world. In Assam it is also very popular but mainly as recreation. When I go and see hundreds of children enjoying themselves in the pool at...

16 Mar 2016 - 12:02am | Hantigiri Narzary
An election awareness meeting involving officials from district administration, sub-divisional and officer in charges and members of various monitoring teams on Systematic Voters’ Education and...