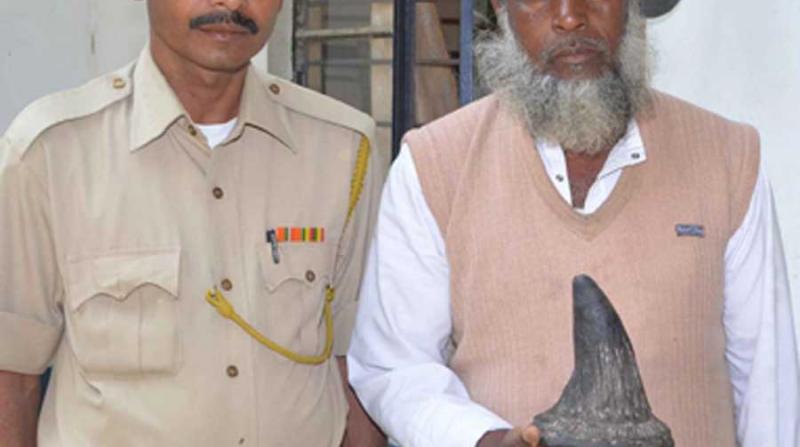 Recent controversy between Assam Governor, Padmanabha Balkrishna Acharya and Chief Minister, Tarun Gogoi over the issue of rhinos killings in state has brought a number of questions in the mind of the people regarding danger to the life of world famous one-horn rhinos.  A large number people have started thinking whether the elimination of the state symbol is ‘state sponsored’ one?. Large number of brutal killings of famous rhinos in the state have come into light through media continuously for a long time, but the state administration seems to be uncared and unmoved on this serious subject. The head of the state as a citizen of India has every right to express his views and anguish on any subject relating to the state affairs and in case of anomalies may suggest and advise a way to correct the same.

The comment passed by the Governor about failure of the state administration in respect of safety and security of rhinos’ lives has triggered so high because the affected people through various means and agitations, have failed to bring any result. The media despite giving repeated ‘breaking news’ could not bring much impact on this serious issue. The Governor’s remark on the issue of handling the security matter of rhinos by ‘inefficient administration’ of the state cannot be termed as unwarranted as the comments of the common people go unheard despite a long wait.  The Chief Minister in spite of taking lessons from the advice has ‘threatened’ the Governor not to interfere in the matter of state affairs like rhinos killing. The Governor’s advice to forest minister to quit the post in case one is not in position to perform duties properly was not unwarranted. He also advised the local people the residents of forest land to take care and share responsibility of saving rhinos of the forest areas.

Since the Governor desired to discuss the issue with the forest minister and due to absence of the minister advised to quit the post in case of failure to perform properly, there is nothing wrong. But in absence of the forest minister the interference by the Chief Minister brings a doubt in the minds of the people of state as the rhino killings are also the subject matter like other syndicate matters going on continuously for a long period in the state by political leaders. How can one challenge the advice given by anybody in the interest of the people of the state?  The involvement of state administration in the matter also gives feeling and creates doubt in the minds of the people to think over an earlier statement of the Chief Minister comparing the price of Kaziranga rhinos’ horns with the South Africa’s two-horned rhinos. It was reported as the chief minister saying that Kaziranga rhinos’ horns fetch more money in comparison to South Africa’s two horned one. This statement also gives a clue and creates doubt about the involvement of influential and political people in such illegal trade.

31 Dec 2012 - 4:08pm | editor
A Mass Jogging program was held on December 31, 2012 under the auspices of Assam Jogging Association (AJA) to welcome the New Year 2013. Mahadeb Deka noted body builder of international fame has...