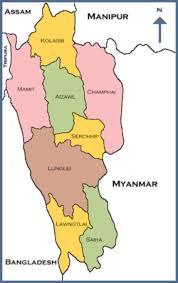 Ignoring their leaders directive Reang refugees from various Tripura camps are moving to their homeland in Mizoram in disguise. For about fifteen years of hardship in various refugee camps of Tripura, the evacuated people from their homes seem to have lost confidence in their leaders, who did not agree to return to their homeland despite several proposals for their safe return to their state. A recent media report says that so far 631 people belonging to 124 families have returned to their homes under disguise. However, according to Tripura government sources only 178 members of 27 families have gone so far.

Thousands of Reangs were driven out of their homes due to conflicts with Mizo people for demanding an autonomous council for them. For security reasons of their lives they had to take shelter in six refugee camps in Kanchanpur subdivision of Tripura state. The efforts were on to bring them back to their home and Mizoram state government assured them full security on their return. Unfortunately, the ‘influential’ Reang leaders did not agree on state’s proposal for return  and situation remained unchanged. The reason behind the reluctance of such leaders to return is believed to be the large financial help in the name of Reang refugees sent by the Union government. This amount is not properly utilized and their leaders misuse the same in their own interest. That is the reason such leaders did not agree on safe return of refugees to their homes. Such leaders were afraid of as soon as the rehabilitation would complete the financial help from the Centre would be withdrawn.

The Reangs were fed-up with their lives in refugee camps. Therefore, they opted to ignore their leadership’s directive and on the call of Mizoram government they opted to return home. Their return started with effect from17th June 2014. According to available reports people are returning from Tripura camps almost every day. Recently, 19 members of three families were back to their homes. According to Panisagar sub divisional sources 178 members of 27 families returned to their homes in four days. According to a report from BDO of Mizoram’s Zhaloyam block, from various refugee camps of Tripura 631 people of 124 families have returned home.

According to some sources, the Mizoram government has arranged a felicitation camp at Kanmun for the refugees, who have returned back. There is good arrangement of fooding and health checkup for them before they are sent to their homes.

The Tripura and Mizoram government version on the return of refugees from Kanchanpur refugee camps are different. Official sources say that the refugees are going back via Dasarath bridge, but most of the refugees of Kanchanpur camps have moved through Longai riverside or on foot. Some families are found concealing themselves under trees etc; being scared of their leaders, who may take revenge for betraying them. However, Mizoram government has taken steps to protect them. 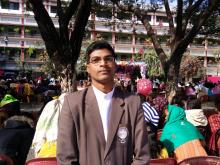 2 Jul 2009 - 12:12pm | Jayanta Kumar Das
One Naram Chandra Baro son of late Otha Baro of the village Letpetkhat near Saibari in Udalguri district was killed by a speeding truck on july 2 at 1.3 0 pm.The victim was riding a bicycle at the...