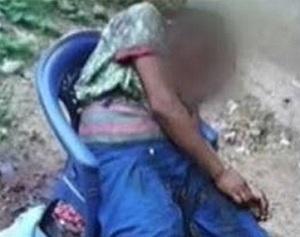 If Assam’s Bodoland is the most lawless region in the country today, according to former Meghalaya Governor, Ranjit Shekhar Mooshahary, then Meghalaya’s Garo Hills is no better either. The recent killing of a woman by the GNLA (Garo National Liberation Army) militants in Garo Hills region of Meghalaya for not giving into their lust has shocked the nation. That Uttar Pradesh will be repeated in Meghalaya in this horrific manner was inconceivable to many here because this incident is an irony to the liberation war that the GNLA is fighting for. Absolute lawlessness, as Meghalaya bleeds over the death of this woman that deserves bitterest condemnation as no words are enough to denounce such ghastly act on a defenceless lady. The GNLA’s Taliban type regime in Garo Hills is perhaps not seen anywhere else in the country today as the Congress led MUA – II government has been rightly grilled by the union government over this incident. The Meghalaya government has ruled out army operations in Garo Hills. What are they waiting for, perhaps, only heaven knows?

This has been the history of Congress governments be it in any states of the country, there has always been spurt in crimes under their regime. Crime and Congress is synonymous. The Garo Hills incident is extreme as it went live across the world through media and rightly so. Let the world and this country know the real identity of Meghalaya beyond its Cherrapunjee and Mawlynnong. The BBC has reported the heinous crime across Europe whereas national media houses like Times Now, CNN-IBN, Headlines Today and others have telecasted it across the country. Meghalaya has not received this much airtime for its tourist sites than what it got for this inhuman incidence. That the general belief of mainlanders about the northeastern region is a hub of militancy and terrorism has been proven true once again through these violent incidents. People say that Dr Mukul Sangma has failed miserably in protecting the lives of his citizens in the state. Absolute arrogance rules the roost in this government and so the militants have been able to extend their muscle to this extent. In fact this arrogance is a trait commonly seen among every tribesman in Meghalaya and this region at large. If crime is synonymous with Congress, so does arrogance with tribesmen. Today, there seems to be no different between the arrogance of former Indian Prime Minister, Jawaharlal Nehru and Meghalaya Chief Minister Dr Mukul Sangma. The former committed a historical blunder when his arrogance fuelled him to believe that the Chinese would not use its military in the 1962 Indo-China War. It earned him a severe humiliation which ultimately resulted in his downfall. As it is said, history repeats itself, and so it did hit another Congressman in Dr Sangma. The same arrogance can be seen in case of Dr Sangma and the lawlessness in Meghalaya is a result of this. Whether this is going to be his downfall as well, time will tell. The UN has denounced senseless statements like “boys will be boys” by Uttar Pradesh (UP) ministers and the UN Secretary General himself raised concern after the series of crimes reported against women from this Northern Indian state. But the Samajwadi Party (SP) government in UP is least bothered about these statements by the international community because their brazenness has reached to such level from where they can’t even recognize common decency and the general public. The question is will Meghalaya reach to that level?

The present incumbent home minister of Meghalaya would have come under the axe had she been the home minister of any other state. That a home minister whose tenure has only seen bloodshed and mayhem and yet is allowed to be in the cabinet is beyond imagination. Angry citizens of the state are of the opinion that this home minister should have been given mild departments like social welfare instead of bestowing upon her an important department like home given the lawlessness in the state and her miserable past track record. Let us be brutally honest here. Had this home minister been a Garo and the Garo Hills victim a Khasi then all knows what would have been the consequences. Large street protests would have engulfed Shillong by now demanding her immediate removal. But no, we cannot expect this here because the equation is favourable to the other side of the coin. The so called NGOs, who have been termed “villains” by a tribal professor from Meghalaya teaching in a university in the national capital, are not bothered about this. They are only bothered whenever a non-tribal is given an appointment in a college or in the state government whereas graver issues like their own tribesmen are raped and murdered by their own men is overlooked. Such is this patronage that even crimes are omitted if that has been committed by fellow tribesmen. As a former professor of the city has rightly forecasted that the issue of tribal and non-tribal will long cease to exist in future when the tribesmen will be after each other. And that is what is seen now. At least for their own sake the NGOs and right thinking citizens must come out in the open and condemn the brutal act for their own future. Instead of blaming the outsider for every issue, it is high time that they try and see the real side of the coin.

It seems quite unlikely that the present Meghalaya governor will initiate much action because he has to be loyal to the party which has elevated him to this position. The BJP government at the centre must replace the present governor, as is the norm in case of a regime change and has been seen in other states, so that spot information is fed to New Delhi about the ground situation here. The Meghalaya High Court should initiate suo moto cognizance to the lawlessness in Garo Hills and take to task the Meghalaya government for its lackadaisical attitude. The Supreme Court of India likewise, many opined, could have taken suo moto cognisance of the animalistic crimes taking place in UP. In the present circumstances, when the Congress led MUA-II government in Meghalaya and its counterpart, the SP government in UP cannot protect the lives of its citizens in their respective states, then it is high time that the judiciary extend its arm under constitutional authority and take to task these “armchair governments” from making a mockery of democratic government. Dr Sangma ruled out army operation in Garo Hills. But Meghalayans are asking is he confident enough that the state police force will be able to take on the GNLA militants? It looks utterly bleak. What it cannot do so long and now all of a sudden it will turn things around can only happen in Bollywood movies where a single hero takes on the entire world and wins. People are of the opinion that the state government is utilizing the police department as a tool as is the case in UP. But there are hopefuls who said that if given a freehand then it is not only Meghalaya Police but any police department for that fact have the ability to do the job on their own. The situation is grim and the mute silence of some of the Congress MLAs who won the last state assembly elections with the help of militant outfits has come to the fore. It is an open secret now. The politico-militant nexus has reached such a level that the lawlessness is an attribution of this patronage. “Political ambitions bigger than people” is the maxim in Meghalaya.

Complete disregard for the people of Garo Hills has been the bedrock of all governments in Meghalaya, so far. If in UP, women are raped by predatory males because there are no toilets in their villages then what good cab be seen in Meghalaya – where every development activities have been centred on Shillong and its suburbs. Is Meghalaya only about Shillong? It is an irony of its type that the people of Garo Hills vote their brethren as legislators – who in turn leave them at the hands of the militants and make their fortune in Shillong and elsewhere. Do we need such legislators at the first place who cannot even care for their own people? What will the people name this Congress minister who is brazenly exploring opportunities to make an entry into the union government? The ministers of Congress led MUA – II government in Meghalaya are seen more in New Delhi trying to grab the CM’s chair instead of where they should be rightly. This is live example of political opportunism as a particular minister led by his ‘numbers’ were camping in the national capital eyeing to grab the CM’s chair, the chief minister leaving his state behind was busy enticing the independent legislators to remain at the helm of affairs, innocents were tortured to death under custody in Garo Hills, Tura MP equally repeating the Congress dissident groups oiling formula at New Delhi to get a ministerial berth and what have you here. Well perhaps we can take solace from the fact that at least Nero was stationed at Rome when he was fiddling as that city burned. The BJP government has sent the right signal to the state government and ensured that it means business. Dr Sangma should also mean business when he said that the militants will be given “one time opportunity” for talks or “face the music” and this version should not get lost tomorrow like his ‘pristine’ promise that every district headquarters will have a Pine Mount School. Or else, the music might just start to flow in the opposite direction.

15 Jul 2014 - 10:23pm | AT News
JINTUL TALUKDAR, BAKSA: Baska police have picked up one more person on Tuesday in connection with the recent incident where suspected NDFB-S militants four local lemon traders. According to...