The parliamentary election for No. 5 Kokrajhar Lok Sabha was concluded with poll related violence at Harbanga under Tulsibil police outpost and recorded with 76.22 percent vote  by 5 pm on Thursday .

Deputy Commissioner and Returning Officer for No. 5 Kokrajhar Lok Sabha constituency Nitin Khade said that in the Kokrajhar HPC there was recorded of turnout of poling 76.22 percent in 10 Assembly segments in the third and final phase of election. He said that there will be re-poll in seven polling stations- two polling stations in Harabangha and one each in Khumguri Madhurjhar, Jamunatari, Bamunigaon, Balapara I and Balapara II in Tulsibil area under Gossaigaon subdivision in Kokrajhar dsitrict. He also said that the Election Commission of India will decide the date of re-poll. 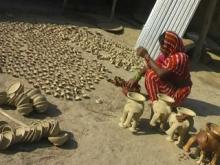 14 Apr 2014 - 10:27am | AT News
Eight IRB jawans along with five others sustained serious injury in Dima Hasao district at a tragic mishap on Monday.The mishap took place in the wee hours when the bus carrying the IRB jawans... 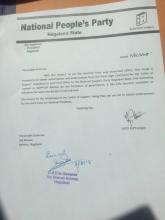 7 Mar 2018 - 10:09pm | AT News
KOHIMA: Fresh trouble brews for Neiphu Rio a day before the swearing in ceremony. In a high voltage drama  on Wednesday evening National Peoples Party has withdrawn support to the NDPP led...