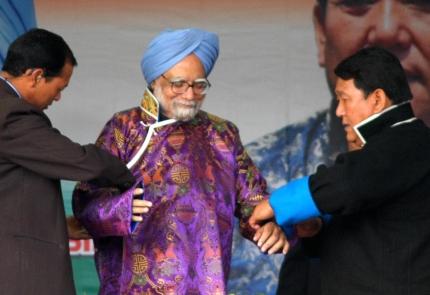 Prime Minister Manmohan Singh on Thursday has said Arunachal Pradesh is in the need of a set of strategies for overall development of the state. Addressing a mammoth gathering at the Indira Gandhi Park during his trip the Prime Minister announced some development projects for the state worth Rs 8000 crores including a new rail link, micro hydro projects and grid based power project to cover all border villages.

He announced that the north eastern state will get a new greenfield airport in Itanagar besides airports at Passi Ghat, Along, Daporijo, Ziro and Tizu. Dr Singh said the Defence Ministry would also upgrade infrastructure at several areas including Pasi Ghat and Vijai Nagar. A trans-Arunachal highway, a drinking water scheme and a new secretariat building were among other projects announced by Singh, who had visited the state in 1986 as Deputy Chairman of Planning Commission.

25 May 2011 - 4:29pm | Nava Thakuria
he Electronic Media Forum Assam has organized the first EMFA Television Media Awards 2010 on May 28 (Saturday). The function will start at 6 pm in the Gauhati Town Club auditorium. Snehasis Sur,... 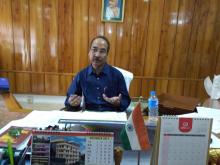