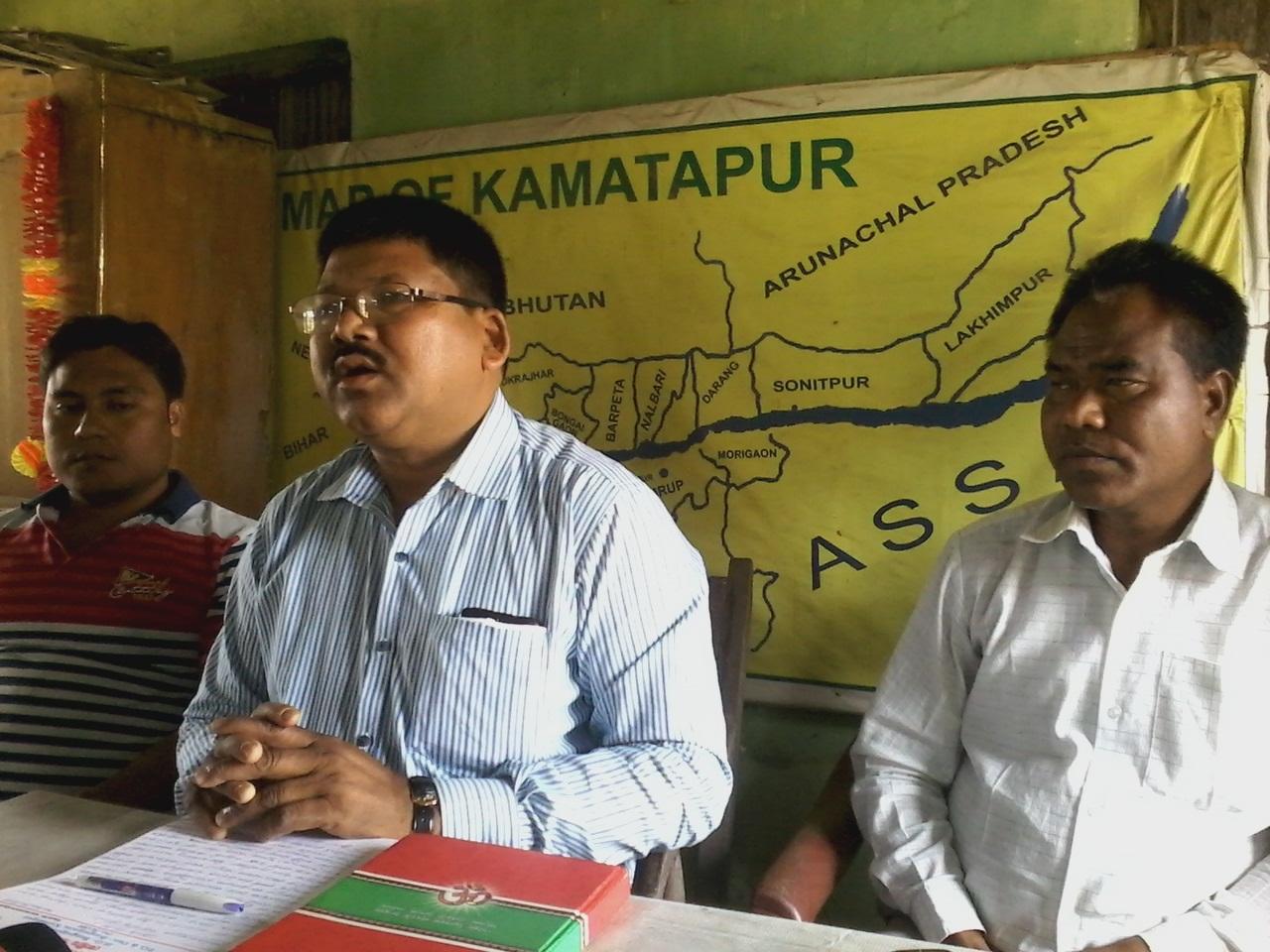 The All Koch Rajbongshi Students Union (AKRSU) condemned the atrocities by West Bengal police on agitators of Greater Coochbehar Peoples Association demanding statehood demand of Coochbehar in West Bengal on February 20 and demanded early release of arrested leaders of the association.

Speaking the reporters at Kalipukhuri AKRSU office on Wednesday in Kokrajhar, Hiteswar Barman president of the students union termed those atrocities on agitators was unfortunate and unwanted situation for the democratic country. The peoples of the Coochbehar blockaded the railway track demanding statehood status of Coochbehar in West Bengal, which was merged with Government of India in 1949 and since then Koch Rajbongshis are facing severe hardships in their living.He said that atrocities from police and security agencies on agitators was very condemnable and unwanted for the democratic country. Police severely lathicharge on agitators, besides arresting leaders of the association. He has demanded atrocities should be stopped and arrested leaders should be released without any condition.

Barman also slamming both BJP and Congress party in Assam said that national parties have never think welfare for the common publics and failed to fulfill their promises and assurances.

‘In the upcoming election BJP and Congress will face of defeating in the state as common voters will turn their votes to the change of society against national parties’, he added.

He also said that the Sanmilito Janagostiya Aikhya Mancha will field candidates in 19 constituencies all over the state including BTAD region in the upcoming election.He expressed his confidence that the Mancha is winning in nine contested seats and would be part of the majority party in the new government.

22 Sep 2008 - 8:28pm | alankar
Indian Government is again about to play its same old card - the ST, SC and OBC quota. This time Schedule Community i.e SC. The Ministry of Social Justice is showcasing an amendment in the...

13 May 2013 - 6:27pm | AT News
President Pranab Mukherjee conferred the Asom Ratna Award for 2012 to writer Mamoni Raisom Goswami posthumously and Srimanta Shankardev Award for the year 2008 to actress Sharmila Tagore in Guwahati...