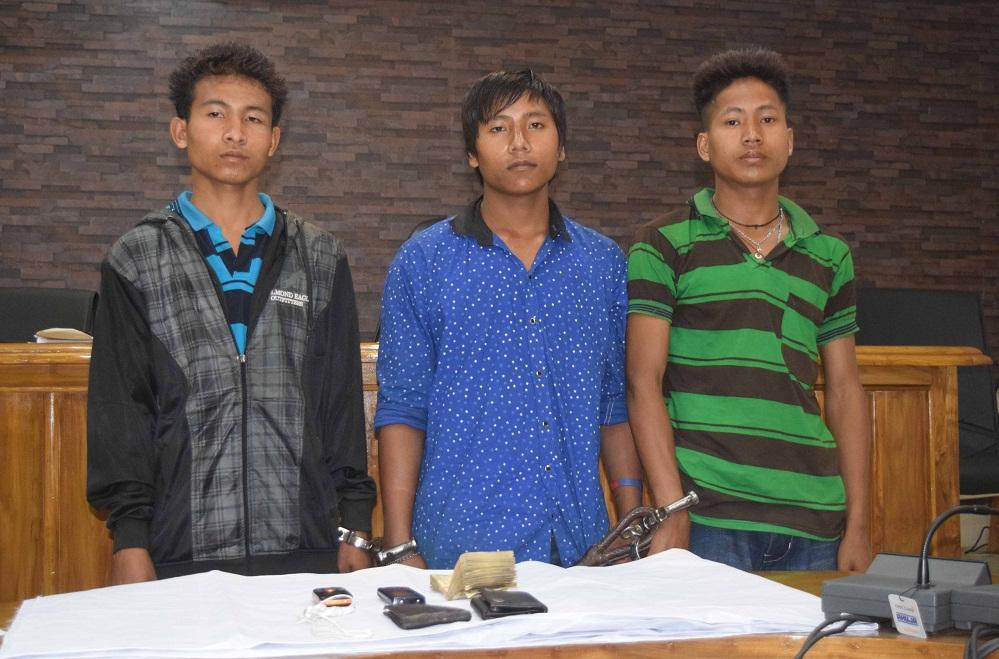 Shyamal Prasad Saikia, Kokrajhar Superintendent of Police (SP) told that police managed to arrest the persons, who have been demanding money, extortion from common publics in the area. He said that police has been taking stern action against militant outfits who are trying to create harassment among common citizens putting demand of money and extortion.They have been identified as Sanjarang Brahma of Bongshijhora,Nerswn Brahma of Bongshijhora and Ramen Basumatary of Biswanath Chariali, Sonitpur. Police recovered cash Rs. 36,500; two mobile handsets, two money furze from them.

8 Mar 2009 - 11:59pm | editor
The much-hyped third front is set to fall flat in its bid to have a non Congress and non BJP government. Barring CPI and NCP leaders there were no leaders from AUDF and CPI(M) as it was convening a...

24 May 2015 - 11:31am | AT News
The Northeast Frontier Railways on Sunday cancelled ten trains a day after the two coaches Siphung passenger train fell on a river near Kokrajhar. NFR officials told Assam Times that works...