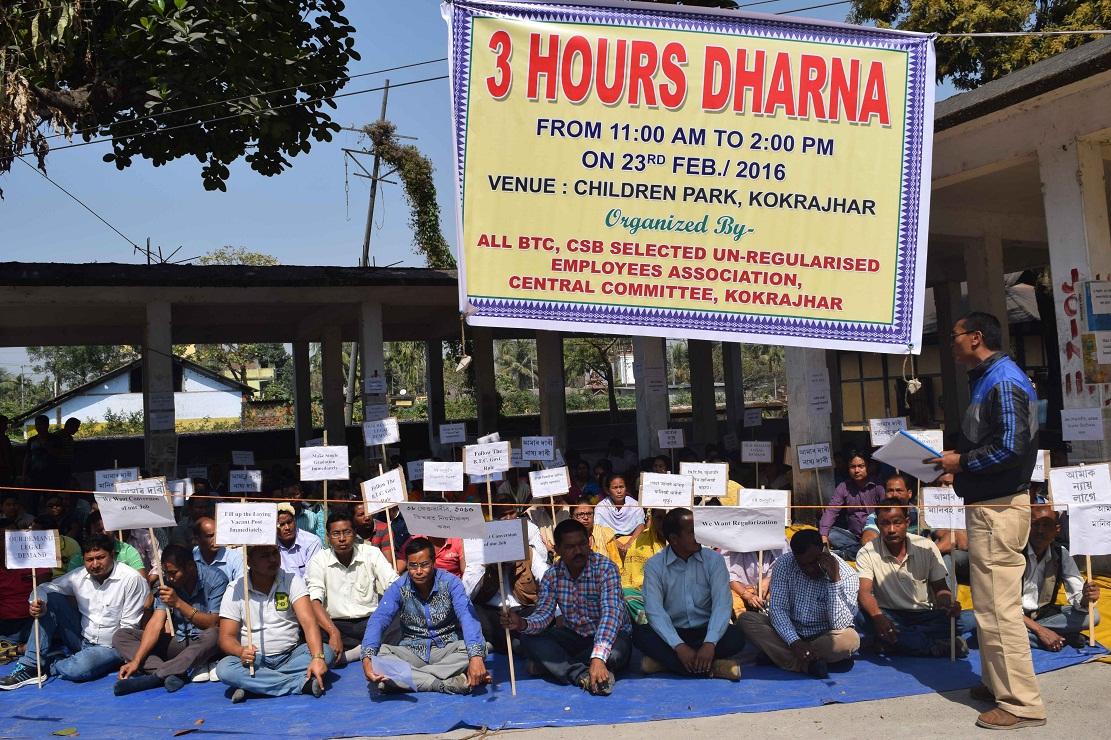 The agitators shouted slogans with banner, placards demand early regulatisation of fixed pay jobs on the based of joining date, councilised the fixed pay employees within BTC area, conversations of all Gr-III, Grain and Driver (CSB selected only) post as per E.C . meeting minutes held on November 27 (2015).

Later, a memorandum of 10 point charter of demands was submitted to the Principal Secretary of BTC through Deputy Commissioner, Kokrajhar.

Karna Prasad Narzary, president of the association said that the BTC authority has not been giving any stress to solve issue and demands of the fixed pay employees. There are around 1600 employees are engaged in fixed pay in the four districts of council appointed through CSB,who are serving their job in cheapest salary since appointed.They have been putting pressure council administration, yet no any positive response was reached. He has demanded grievances and issues should be solved within February 28 of this month and held healthy society in the region.

11 Dec 2007 - 6:03am | editor
"They had migrated to Asom about 150 years ago as labourers for tea gardens and are not the sons of the soil here. When the Bodos are not given tribal status in other parts of the region like the...

7 Feb 2017 - 4:24pm | AT News
Finance minister Himanta Biswa Sarma on Tuesday tabled the state budget for 2017-18 on the floor if the Houses proposing a huge list.Sarma said the budget would help the poor people improve their...