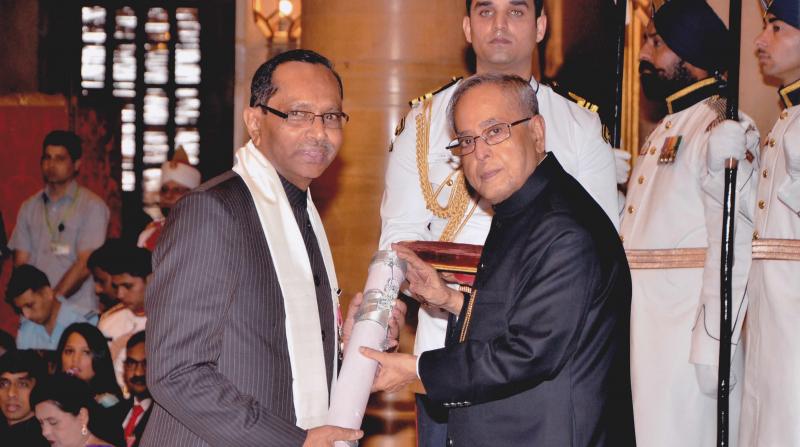 Dr Sahariah received the coveted award from President Pranab Mukherjee in a function at the Rashtrapati Bhawan on Monday evening.

Dr Saharia was awarded for his outstanding contribution to the field of medicine. He is the first Assamese to have received the award in this field.

8 Aug 2015 - 5:04pm | AT News
Caught in a controversy over the Don Bosco statue at Bharalumukh, Chief minister Tarun Gogoi has announced that the statue of Lachit Borphukan would be installed in September.Talking to reporters on...

6 Mar 2014 - 9:06am | AT News
AICC poll panel is holding a close door meeting in New Delhi on Thursday to clear the list of candidates for the upcoming Lok Sabha polls.Earlier, the screening committee has prepared the list and...