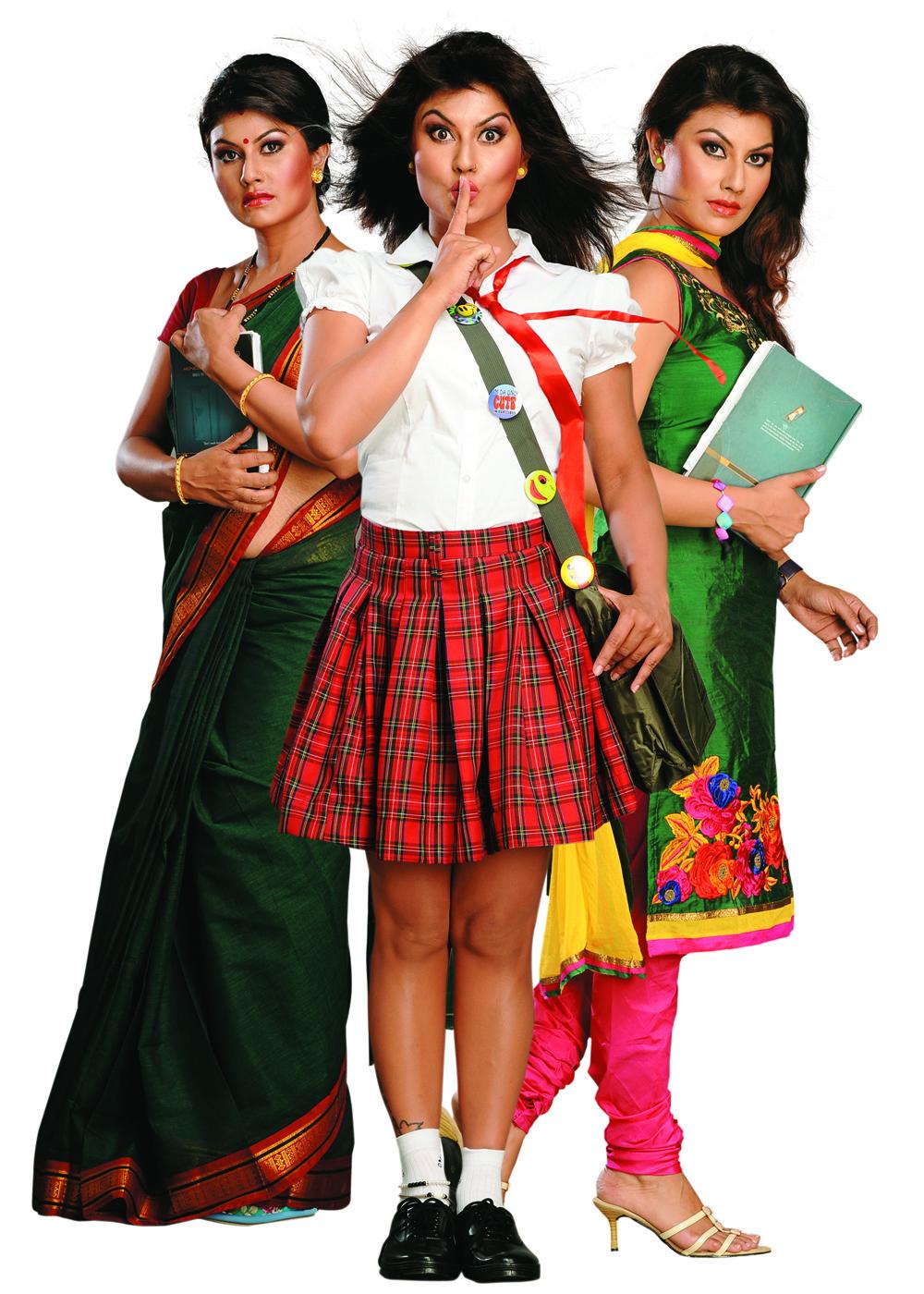 In these days, it seems there is nothing else for the people interested in Assamese art & cultural to enjoy and experience except Mobile Theatre. And hence, once again spectators are showing overwhelmed response and love, as before, towards this medium of entertainment in different parts of the state. From this mid-august, almost every troupe has started their journey with new thoughts and new expectations. But when each and every troupe keeping on demanding their superiority over the others and arguing in favour of their dramas, the common spectators find some of the plays really heart-touching and worth-watch. And their anxious expressions through different medium drawing the attention of others too. Same happened in my case too as i heard a lot about some of those plays and finally got the privilege to watch two of them, one is the much-hyped drama of this season, i.e, Maharani and another is ‘Avinetri’.

Both the dramas are of Rajtilak Theatre, a popular and leading mobile theatre troupe which got applauds from masses within a very short period by the grace of some high-pitched drama and inclusion of some powerful actors, of course. Like yesteryears, the troupe again has already created a buzz among the masses with its projected drama of this year, i.e. ‘Maharani’, a play written by Abhijeet Bhattacharya. And need not to mention here again that the centre of attraction of Rajtilak, in this season has been the most powerful and popular actress of the state in this time, Prostuti Parashar. The hype created by the troupe and the leading lady were the main attraction that has led me to Rajtilak’s auditorium. Watching Maharani was really a good experience as it got every commercial element, full of dance, song and action scenes. But the prime attention was again on Prostuti Porashar who enthralled the audience with her magnificent performance, playing the role of ‘Rani’. She beautifully portrayed the character of a girl who has nothing ‘girlish’ in her life and the queen of her own world. From the girl who fights easily with a group of goons to the girl who lost herself in someone’s heart, Prostuti splendidly has done justice to the character.

But to be frank, ‘Maharani’ was my favourite only for few days, and it was till i had watched ‘Avinetri’. It is because things have changed in my mind after watching this play on the stage of the same troupe. But before saying anything about the play, first i want to draw attention of Rajtilak Theatre authority and ask them to change the publicity strategy and promote not only ‘Maharani’, but also ‘Abhinetri’ too. I honestly feel that people should know about this drama as it going to be one of the finest creations among the innumerous plays have been staged in these years in Mobile Theatre. Avinetri, means actress, is a heart-touching story that smoothly depicts the real picture of a woman’s life in our society. Unlike the title of the play, it’s not a story of a actor and the protagonist has nothing to do with acting in her life as she has been a highly qualified girl who got appointed in a local college as lecturer. What the story says is the real life acting that has to be done by most of the girl in their life just to make happy the people around her. Sacrifice remains the only way that can be opt by her, though she knows that it will make her life hell. Like any other girls of her age, Aparaupa, the protagonist of ‘Avinetri’, had some long cherished dreams too. But some dreams are meant to be remain dreams only. From the life of young girl whose world starts and ends with her mother, to the girl who wants to fly for love, to the wife of a drunkard and uncivilised man, to the mother of a spoiled son, in every phase of life Aparaupa has to fight with life and fate. But she never cries, as if she doesn’t know what is tear all about, as if she doesn’t know how to react when someone lost the world of hope and dreams. The life of Aparupa can be easily related to so many who living their life just for the sake of being alive.

Apart from the story, it was Prostuti’s show really. The actor once again has proved her superiority, her difference with others and answers the question why she is ruling the industry. National award winning artist Tarali sarma’s soulful music and background score has played another important role in it. Prostuti were been well supported by Parag Sarma, Archana Bora and the actors too. Must say, Prostuti has been proving that she deserves to be the Maharani in this field, but Rajtilak’s ‘Avinteri’ once again proved that she is a ‘Avinetri’ in real term.

20 Nov 2017 - 5:37pm | AT News
KOKRAJHAR: Hundreds of home guards engaged in the various government offices in the BTAD areas have staged dharma in Kojrajhar raising a set of demands on Monday. With banners and festoones they...

3 Mar 2018 - 9:23am | AT News
PRASENJIT SAHAAGARTALA: CPM  is facing a tough battle to retain power in Tripura assembly polls where counting of votes is in progress. The ruling party and BJP  are going neck and neck...

A day with Papon
Gaane Ki Aane: The Real Zubeen on Screen
Anup Baruah speaks through the lens…
Journey with ‘Bard of Avon’ again.
Hengool Tales, Again to rock..!
Re-discover Zubeen in ‘Rishang’
Endhiran, the most expensive flick of India