A day with Papon 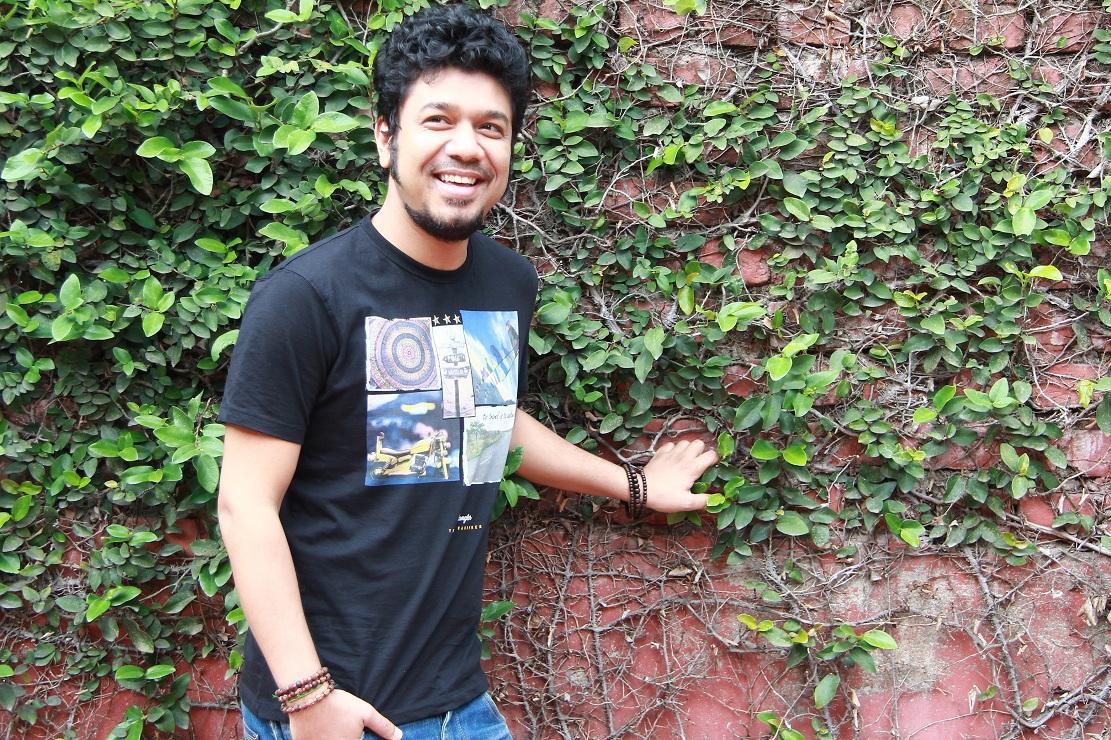 Talking to Papon while interviewing him has always been fun. His sense of humor stands tall all throughout. But, recently his comment on the national anthem dragged him into a controversy of sorts. The matter however, went under the carpet after Papon clarified the matter.

I visited Papon at his Nigaji Pam residence to know about his new compositions and his on stage performances following Bihu.

‘Performing on stage during Bihu has always been special and it’s truly different from my other shows across the globe. I get the opportunity to perform for my own people amidst a festive atmosphere.’ says Papon. Bihu is a big platform or medium to communicate with different classes of the society and that is why, I speak on several issues which should be heard, I realize, he adds.

People have to taken to a different view on Papon’s on stage interaction with the audience. Most think he talks more and performs less. People come from far and near to listen to him then rather talk.

What is your take on this?

“I think they should buy a CD and listen to my songs in their homes,” he said laughing.

Continuing he said, ‘See, I am really not sure about what percentage of the audience does not like me talking to them but I speak because of my social responsibility. It also may be the influence of legendary singers including my father, Late Khagen Mahanta, who talked on various subjects and communicate with the people out there.’

Ok, so do you think that Bihu stages can also be used as a platform for delivering messages apart from performing and all?

‘No, not at all. It is not necessary for every artist to act the way I do. I do it just because I feel good doing it, that’s all.’

I proceed with the next question that is related to the emerging electronic media. I really wanted to know, how the advent of satellite channels and their live coverage of the Bihu functions has a bearing on artists.”

As if, he was anticipating such a question. Papon stated, “As these satellite channels come into picture, Bihu functions get influenced and so do we artists.”

“When an artist or a band sets out performing in any season, they start it with a particular set of composition and in the entire season, they perform the same songs naturally. In Assam after the channels have resorted to live coverages of Bihu functions, people residing in different places get the privilege to watch the show at a time. So though we perform in scattered venues, the songs might not appear repetitive to the audience as they would have already watched the same on television,” said Papon.

Well, this might be an answer to those who complain of Papon being monotonous on stage.

It might not be all cool at all if you talk to Papon and you don’t quiz him about the rich folk culture of Assam. He is one of those very few artists of the state who try to delve into the roots and describe the same in his own way in an attempt to reach out to the global platform.

None doubt about Papon’s effort to reviving the many forms of Assamese folklore especially among the young generation who are more drawn to western music variants. So, what Papon thinks about this journey towards the roots and what are the future prospects of folk music?

“Folk music is something that always remains in us, in our culture. But like the other parts of the world, we also feel the impact of the growing popularity of western music especially rock and pop, which has influenced the young for long so much that it has come to affect our own music to some extent. But I am quite confident about our folk music which has a strong base and the power to impact. I saw my father how he had made people dance by performing folk songs. So, I thought of working on folk music with the necessary modern inputs to reach the young generation of the region, who should know and feel about our rich folk culture,” says Papon.

But there is another allegation against the artist that with the infusion of modern elements into folk music and by showcasing it in a different way he has actually affected the folk culture adversely. I was keen to know about Papon’s view on the issue.

“When one looks into world music, one will find that a folk song can be rendered by various artist in various forms in their times. It’s called jazz standard and there may be several versions of one such jazz song by various artist and people can choose their own favorite out of those. So, every change doesn’t mean something bad, this change may occur in our society or in music,” he said.

Papon got a point. But if we accept the wave of change in folk music by incorporating modern elements, would it not hamper the original and years down the line, future generations take the fusions as original?

After a pause Papon said, ‘Who will decide what is original. What should be taken as original, the version of hundred years back or the one that was prevailed five hundred years ago? It has been an issue of long debate and discussion. But what I believe is that we need not be worried about this as only the good will last long. Anything that has negative effect will vanish soon because the future generation and time will judge what we all are doing today.’

Another aspect is that though I have been introducing other forms of music into our folk music for stage performances, when it comes to proper documentation, like an album, I release the songs keeping the original intact. For example, my albums like Gumseng, Phulseng and others are pure folksongs. But again, what is original for me may not be the same for some other because there might be difference in sources.

The thing that was in my mind is that, though Papon tries to blend different music forms from different parts of the globe, but shouldn’t we try more to establish and popularize our own songs and culture globally keeping it intact so that they can feel our identity?

Papon replies, “That’s right, but identity cannot be imposed. It has to be gradual, not forced. People of the world should know us through our work, not by any acts of force. More importantly, if we keep our self rigid and deny other cultures, why they would accept ours? When I perform across the globe people take to singing and dancing to my Bihu and folk music even though they do not relate to our land our language or our culture. I feel very blessed for being able to do that and make people keen to know about us and I think it is happening just because I am not doing it force.”

Apart from shows do you have any plan to popularize our language, folk songs in the mainstream music of the country?

Yes of course. I am doing it since long in fact. I performed songs with the flavor of Assamese language and folksongs in MTV Coke Studio, Dewarish, and Roadies. Personally, I feel privileged in doing these things and whenever I succeed in showcasing our culture in mainstream music it gives me immense pleasure.

Papon smiled and said, ‘She is not basically a singer, but a researcher. I met her about ten years ago in a tea shop in New Delhi. She then had some knowledge of opera and a bit of Indian classical music.

Gradually, we became friends and I showed her Assam. She was amused to know of our diversity, our culture. She has been studying Assamese culture and history ever since. My parents as well as others encouraged her a lot.

After staying here for some time, she went back to America and started working on her research on ‘Ethno Musicology’. She has been working on it for the past 5 years and has been visiting Assam frequently. Eventually, this year we decided to perform together during Bihu. 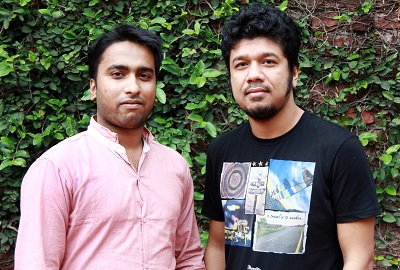 Rajdweep (the author) with with Papon

3 Aug 2015 - 8:29am | AT News
A full grown elephant was crushed to death when a passenger train rammed into two wild elephants in Sonitpur district on Monday.The tragic incident took place at Nagapathar in Rangapara area where...

Gaane Ki Aane: The Real Zubeen on Screen
Not only Maharani, but the true ‘Avinetri’
Anup Baruah speaks through the lens…
Journey with ‘Bard of Avon’ again.
Hengool Tales, Again to rock..!
Re-discover Zubeen in ‘Rishang’
Endhiran, the most expensive flick of India